Through its use of "Fourth Colour Layer" technology, the newest emulsion technologies and new coupler technology, this film is able to deliver fantastic grain quality and smooth skin tone reproduction.

Moreover, thanks to its well-controlled grey balance, it provides a wider exposure latitude that makes it more suitable for digital scanners

When you buy your camera film from us we can ship it across the UK, Europe, USA, New Zealand, Australia and Canada (more countries planned soon!) So buy your Fujicolor Pro 160 NS Film today and dive back into the fun of 120 film photography!

A hidden gem. I've never heard anyone praising it and it's definitely not as popular as Portra 160 but it's a really amazing film! Its grain is very subtle and colours are rich but not oversaturated, very true to reality I'd say. It has a rather mild contrast which makes it a great choice for portraits but it's not the only application it suits. If it wasn't for its rather low ISO I'd say it is a great all-rounder. Like other Fuji films, it can sometimes render skin tones more on the pink side so bear that in mind. Definitely worth a try! 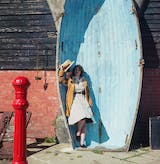 This film isn’t cheap but the rolls I’ve shot have made it a contender for best negative around! The colours are true and vibrant, with a slight purple hue that can be corrected easily in post if desired. Some photos are enhanced by this hue at golden hour! Skin tones remain good throughout. 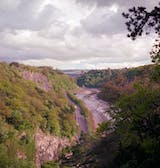 Fujifilm has always been top rated in my list of film brands, and this one does not disappoint! A beautiful film with a lovely range of tones, I used it to photograph the spring blossoms and the colour range of the film really brought out the pinks, blues and whites of the blossom and sky. Nice and soft contrast and saturation too. 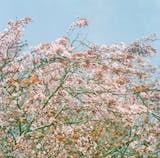 Nice skin tones, not too saturated. Greens and browns look great making it a nice film for landscapes too.