A wonderful new emulsion: designed for situations requiring high-resolution detail and fine grain. Its colour sensitivity is skewed towards green and blue with two benefits: landscape photography will look particularly dramatic, and the film can be handled safely under dark-red safelights for easier processing and development.

Rate at 80 under natural light and 40 under tungsten light for optimal results.

And don't forget to submit a review with sample shots as soon as you've had a chance to play - so that the rest of the community gets to see 'real life' results!

When you buy your camera film from us we can ship it across the UK, Europe, USA, New Zealand, Australia and Canada (more countries planned soon!) So buy your Ilford Pan F Plus Film 35mm B&W ISO 50 today and dive back into the fun of 35mm film photography!

There was muchos excitement all around when Ilford released this orthochromatic film a couple of months ago. And not wanting to miss out on the party, I grabbed myself a roll straight away.

The talk was of fine grain, nice contrast and excellent tonality. And it did not disappoint…

This film is amazing. It has absolutely gorgeous tonality with near non existent grain in the right light. The contrast is spot-on. Being an ortho film it doesn’t react to red whatsoever, so skin tones are a tad dark. But for landscape and detail-type shots - YUM YUM YUM!!!!

These example shots were shot in Cornwall over the Christmas period; the weather wasn’t great - gloomy, misty, rainy…. but the Ortho took everything in its stride. It really captured the atmosphere.

It ain’t the cheapest of films. But it really is worth it as it’s quite special. 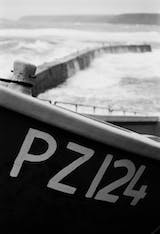 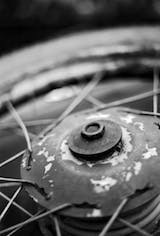 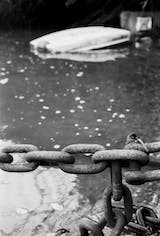 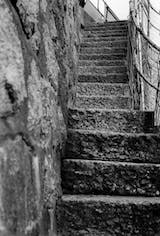 Excellent results from this new Ilford filmstock, even in dull cloudy conditions. A new favourite. 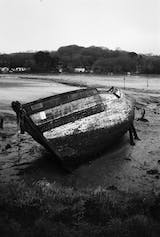 This review is on the 120 Ortho Plus film as I have not shot the 35mm film as yet. I am going to assume the characteristics are same/similar. The shoot was a single light studio set up. We were after a low key look and I thought that this was the opportune time to try the 80asa (old skool) Ortho Plus. As soon as the film came out of the tank and dried I checked it with a Lupe on a Lightbox and was amazed by the detail it showed. I made a quick scan via my D5 and 70mm Macro and the result was something special. The grain is small, detail is...well, detailed. It has rich blacks and retains highlights well. It has that gorgeous look of film. I can't wait to shoot the other rolls of 120 and the 35mm I have. Try it.

What really stands out with this film is that it's Orthochromatic. Aside from reds being rendered very dark it seems to separate out the various tones seen in vegetation in landscape photos. It's very fine grain even in 35mm and shows a lovely gradual tonal shift with excellent dynamic range. Highlights glow into shadow detail to a degree which gives some shots a great airy feel. I can't wait for the spring to see how it performs in landscape use then. 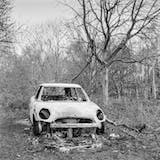 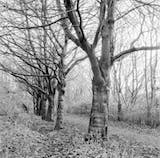 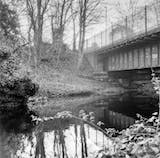 Scans arrived back today and I have to say upon importinging into lightroom was very impressed with the quality and look.