Ilford XP2 Super is a high-speed, fine-grained beauty of a 120 film - and most importantly it can be processed via the normal colour process which is offered as same-day development in many high-street shops! A useful chemical trick from Ilford that has wonderful benefits to the effective exposure latitude of the film

To understand more about the details above you can check out our film guide or if you want some inspiration then head over to our page on choosing your next film. And if you want the full details about the film, including technical information, read about Ilford XP2 over on EMULSIVE.

When you buy your camera film from us we can ship it across the UK, Europe, USA, New Zealand, Australia and Canada (more countries planned soon!) So buy your Ilford XP2 Film 120 B&W ISO 400 today and dive back into the fun of 120 film photography!

A new dimension in BnW photography...super sharp, super wide exposure latitude...what else you would want? Manual developing at home. This is one and (as far as I know) only C41 BnW film stock available. But it's great! So yeah, why not. 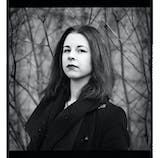 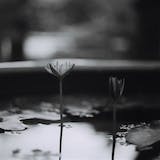 XP2 has been a go to film for me for many years, ever since the early 80s in fact (it was XP1 back then). I've always found it a very forgiving and flexible film with a wide latitude and beautiful tonality, almost like a 1930s emulsion but without 1930s grain. Also the fact that it uses standard C41 processing is extremely handy and removes the need for agonising about which developer to use! XP2 is not the most contrasty film, so it's not so good on dull days or in flat lighting, but it's great for street photography, portraiture or landscapes. I've thrown everything at it and it's never let me down so far. Some of my negs from the days when New Romantics topped the charts and the Lady was not for turning have shifted colour, but they still print OK. If you're using a colour or Multigrade head on your enlarger, you can of course dial in whatever filtration you need. Scanners can adjust their settings likewise-it may help to scan it as a colour negative film. Enjoy the journey! 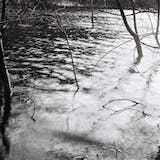 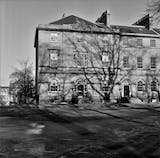 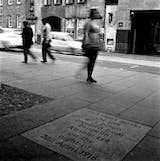 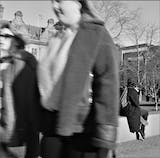 I really like this film, but with reservations. I've been a fan of FP4 for some time and like the look of the images it produces. XP2 looks different. Processed and scanned at BCE Photolab, the scans look very sharp, crisp and clean but there's something about the mid greys that seem "lighter". Contrast is good and, after tweaking slightly in Lightroom, the resulting images are very acceptable but to my eye seem somehow more 'gritty', not grainy (there's little of that), just an extra edge to them. All this may, of course, be the result of scanning - I haven't had any negs printed directly yet. In contrast, FP4 looks smoother and with a more linear grey scale.

However, the big advantage of XP2 is the low 'running costs' - BCE will process and scan for a fiver (plus postage). FP4 (BCE can't process this) costs more than twice. And its other great advantage is the massive latitude which makes it very forgiving and easy to shoot with.

I like it, and I like the cheap processing, but for quality work I may stick to FP4. 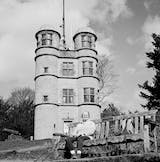 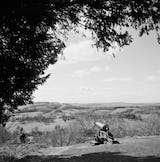 Really pleased with the results from this film, happy with the tones, contrast and the grain.
(I’ve got no technical info to impart as I’m essentially a born-again newbie to film, having not shot it for about 25 years, but I think this is good value stock and you won’t be disappointed with it). 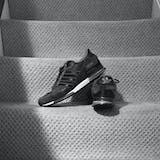