Low but still noticeably nice grain to this film as well as accurate colours. For the price it produces very nice images.

Shot my first roll of this on a grey December day using a Zeiss Icon Contaflex Super, relying on it's (ancient and quirky) metering system, so exposures were "probably within a stop or so".

There's plenty of sharpness, with just enough smooth grain to say "this ain't digital" and natural rendition of the colours from the dull day without looking washed out. The one splash of red when the car passed suggests that it would cope equally well with more vibrant scenes and I look forward to trying it on something less rural when I have the chance!

I was a little concerned that the 100 speed would be restrictive, but that was just the voice in my head that's got used to "faster is better" talking. For years most of us used to shoot 100 as the "standard" speed in 35mm, 200 was impressive and 400 was "wow!". Light, film, and chemistry haven't changed, only our expectations. Don't let "a bit slow" put you off

Possibly not one for people who like technicolour dreams but, if you like your memories to match what was actually there at the time, this film is certainly worth trying out. My list of "well suited for" probably isn't complete. I can only judge by what I've shot so far with it and the overall impression of ease of use, but suspect it would be competent for pretty much anything except low light.

Shot at box speed and developed in Cinestill C41 chemistry, the results were easy to scan - examples have nothing done in post . 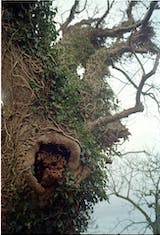 Seriously professional looking results with great definition; best to use on sunny days but can be used in dimmer situations for a fine grainy finish.

Here's my first shot from my first roll of Pro Image ever ;) Not the best, but the shadow and highlight details are both there! 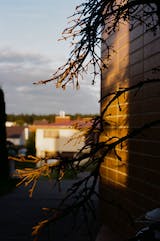 This film has the speed and colors of a modern day slide film. Provides great realistic color and contrast. The 100 speed makes it amazing on sunny days and the golden hour.