Lomography Metropolis 35mm is the FIRST new colour negative film to the market for over five years!

Lomography Metropolis has been carefully crafted to produce desaturated, high-contrast photos - finetuned to mimic the aesthetic of old-time movie theatres and photobooks - and very different from the other fresh 35mm colour films available to buy today.

Grab a roll now to enjoy the fine grain, deep blacks, high contrast and abrupt tonal curve for some seriously dramatic film photographs. For more info on getting the best from the film check out our article of Lomography's Inside Tips!

When you buy your camera film from us we can ship it across the UK, Europe, USA, New Zealand, Australia and Canada (more countries planned soon!) So buy your Lomography Metropolis 35mm Film today and dive back into the fun of 35mm Lomography film photography!

I shot this 35mm roll in May 2020, during a bright day in a Pandemic Lockdown in Dublin. I have another roll
to shoot that arrive in my Wonderbox. This flexible film needs more experimentation, but, from what I have
seen so far, I like it. The subtle colours and tones give a nice feeling. The contrast seems to be interesting
too. The canister looks like it could be tricky to open for home developers, I will try that next time. I enjoyed
this stock and will use it again. 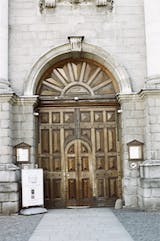 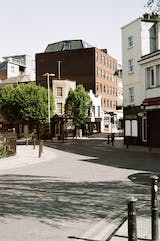 I received this film in the Wonderbox, and was one I hadn't used previously so was unsure of what to expect, but I am definitely a fan and love the desaturated colours it has. Thinking of investing in a roll again and shooting something different this time around to see what other results I can get. 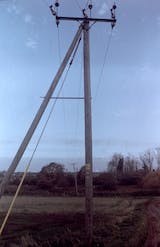 P
P.A.
It’s only muted colour but I like it

I shot two rolls, one at 100 the other 200 ISO. Exposed for the shadows. Developed in Bellini C41, scanned with no adjustments with an LS5000 film scanner, colour corrected in Lightroom. I liked the muted colours and the contrast I got. I like the vibe it gave; a little dreamy, slightly ‘other worldly’. Like but not love. Not much in the way of grunge in the way I used it though. Perhaps I’ll expose for the mid tones next time.

I’ve mostly used 400H, Portra400, HP5+, SFX. I will get more Metropolis and experiment. I cant see it becoming a regular with me though. 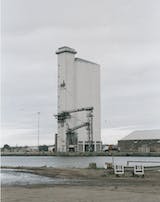 There's not a lot of stuff thats this new, so trying out a film thats translucent yellow is always a lot of fun.
But, at the same time the film doesn't feel like a novelty, its got some potential to be used as a proper film on its own.
Lomography is a company I can't make my mind up on yet. They're definitely catering more for the hipster revival side of things, looking at their entry level cameras thats especially apparent.
But coming back to this film, if you shoot it out of a decent camera (in my case, my leica m6), it renders some pretty good results.
The film is rated at 100-400 iso. I'd recommend shooting it at 100 iso to get the best results, I shot mine at 400 and pushed it a stop. The grain came peaking through a bit, but it was absolutely usable.
You're absolutely going to get a green cast with the film, but not in a particularly distasteful way. A lot is going to be adjusted in post regardless, but the vibe still remains.
My one irk is the way the film is packaged. I process everything myself, and opening this up was a bit of an odd experience, there's a latch on the side rather that you pop open instead of using a bottle opener to crack it open. Not too much of a fuss.
The only reason I'm giving it 4 stars comes down to its price. Its a great creative film, but it still lacks the dynamic range, color palette, and the small things that would make it a proper professional film (such as there not being a number code/name on the film as one example). At the price its at right now, it doesn't feel justifiable to go for this over something like portra or ektar, then color grading to what you'd like in post (it'd be sharper as well). Of course, if you're going purely analogue, then there's a case to be made against that.

I am usually quite conservative in my film choices: Ilford BW or Kodak colour. A roll of Metropolis was included in my first Wonderbox, so I watched the review and wondered about muted colours and grunge. I decided to load the film into my FED2 rangefinder, meter at 200, and headed out into a damp and overcast lunchtime walk in London. Unlike my usual measured photography, I took photos of anything I thought might work: vans, road works, shop fronts and so on. When the film came back from the lab, the colour correction on the scans was not good but easily fixed in Lightroom. Although not in my comfort zone, and not my usual style, I really enjoyed both taking the photos and the final results. I wouldn't use it for my usual subjects (I don't think church architecture would suit it), but for urban photo walks, especially on wet overcast days, and trying something different for a change, it is perfect. I know what I'll be packing on my next trip to NYC. 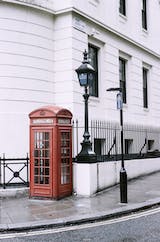