An affordable and excellent entry-level film, this B&W 35mm is a staple of the Lomographer's camera bag. Slower than the Lady Grey equivalent, but with corresponding improvements to detail, with this 3-pack you will have over 100 shots to perfect your creative vision!

To understand more about the details above you can check out our film guide or if you want some inspiration then head over to our page on choosing your next film. And if you want the full details about the film, including technical information, read about Lomography Lady Grey over on EMULSIVE.

When you buy your camera film from us we can ship it across the UK, Europe, USA, New Zealand, Australia and Canada (more countries planned soon!) So buy your Lomography Earl Grey Film 35mm B&W ISO 100  today and dive back into the fun of 35mm film photography!

Great contrast and perfect for traveling. Shot mostly in sunny conditions. Doesn't handle under exposure so well as you can end up with muddy shadows, but great for general/street photography. Not a bad film to take on holiday

This is a great cheap black and white film. Its contrasty and dynamic and works great in strong daylight and equally well with even the unbalanced flash of a point and shoot. I was told in a Hungarian film lab that this is basically the same film emulsion as Fomopan 100 but I'm not sure whether that is true. Whatever it is, its an EU made, simple but effective low sensitivity all rounder that you shouldn't be disappointed with. It packs a bit more character than more refined films at this ISO but then again I'm the kind of guy that would take this over Fuji Acros any day. 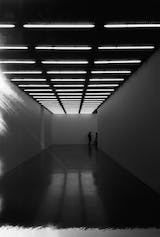 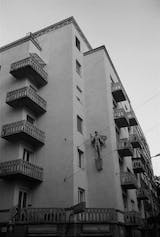