One of the most popular black and white 35mm emulsions due to it's famous rich tones and shadow detail - with a higher sensitivity than the ISO 25, this film is more flexible but the results will remain fantastically sharp and clear.

To understand more about the details above you can check out our film guide or if you want some inspiration then head over to our page on choosing your next film. And if you want the full details about the film, including technical information, read about Rollei RPX over on EMULSIVE.

When you buy your camera film from us we can ship it across the UK, Europe, USA, New Zealand, Australia and Canada (more countries planned soon!) So buy your Rollei RPX Film 35mm B&W ISO 100 today and dive back into the fun of 35mm film photography!

Having read the other reviews I was a little unsure what to expect in terms of gran from this one. What I got was visible but well textured grain with plenty of contrast, good sharpness and resolution, and nicely graduated tones.

The roll was shot in an Exakta Varex with Xeiss Biotar and Sonnar lenses. The camera could really do with new curtains but the film mostly coped well with the slightly unreliable exposures. As the crop of the hilltop sheep shows, there was plenty of resolving power for the Sonnar 135mm glass.

Shot at box and developed in Perceptol, the negatives were easy to handle and scanned without issue. Possibly a little flatter than I would have liked but I suspect that may have been down to the choice of developer (I was hoping to minimise that grain people had mentioned).

Probably not a film I'll shoot regularly because it doesn't quite offer enough over Kentmere for the price difference, and there are technically "better" films for not too much more, but certainly one I'll be keeping a roll or two handy for when I fancy a change. 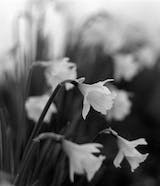 A
A.
Perfect for: Beginners, Landscapes, Architecture
Sharing with the Film Community: Yes
Accreditation Handles: @Trend2signif (Twitter), @DavenportFilmPhoto (Instagram)
Its a fine film, but grainer than expected

My usual emulsions are from Ilford or Kodak so I thought I would try something different and give Rollei RPC ago. I thought it would be comparable to FP4+ but it is a very different beast. It isn't displeasing at all, but it was a lot grainer than I was expecting. It retains a lot of information that I was able to see in the shadows, but be careful because heavy-handed editing can block those bad boys right up faster than my usual diet of steak and chips.
I think it the right setting this could be a nice film - I developed using Ilfosol 3 for 5 minutes which may also have been the problem but I don't think so. Using a Yellow filter on a clear day darkens the sky somewhat and I wish I had a red filter to try it out on, that may have been a better bet.
The Images of the powerlines show with and without the filter for comparison.
It's not expensive so I recommend buying a roll and seeing what you can do with it. It's quite flat so scans nicely - Haven't tried Darkroom printing from it yet.

I really liked the sharp contrast in bright sun, but also liked what it did without sunlight, giving lovely soft tones. The two tulip photos show how the same same subject varied depending on the sun, or lack of it and I'm happy with both. There was quite a range through the film but the blacks were never so dense that I completely lost detail. I pre-soaked this one, which isn't something I've done before but it was recommended on the Massive Development Chart, and certainly some very strong colour came out in the wash. I'd be intererested to see what it's like without the soak. I'll definitely get some more of this to play around with.

This is a good film with nice levels of contrast. Smooth grain in most settings, and nice level of latitude. Really good value and a nice alternative if you want to try something that is not Ilford.

Some more more shots using this film are on my Flickr - https://flic.kr/s/aHsmMZMGBg

I have shot one roll of RPX100 and really liked it. I liked the contrast of the film but also the fine grain. It gave some really nice blacks (as shown in the water) in the attached pic.

I had a lab develop the film but am going to get some more so that I can develop it myself since I have just taken up developing.

If you like contrasty b&w films, then why not give it a go.

I'm definitely going to get some more though now it is autumn / winter in the UK, I may go for some 400 just to make things a bit easier in lower light situations.