Street Candy film is a sweet 35mm emulsion brought to you by the brains behind 'OnFilmOnly' - and the first film in our range to be packaged in a cardboard canister! This new eco-friendly holder is sturdy and strong while also being made from 100% recycled material.

The high sensitivity of this high contrast black and white film makes it perfect for street photography and dramatic light conditions. You will enjoy the bright branding as much as you will enjoy shooting with it!

To understand more about the details above you can check out our film guide or if you want some inspiration then head over to our page on choosing your next film. And if you want the full details about the film, including technical information, read about Street Candy ATM400 over on EMULSIVE.

Street Candy is the first film from Vincent, the man behind "On Film Only". His passion for analogue photography is exceptionally strong and we hope that this is the first of many products that he brings to the film market!

For more information about the brand check out our interview with Vincent.

When you buy your camera film from us we can ship it across the UK, Europe, USA, New Zealand, Australia and Canada (more countries planned soon!) So buy your Street Candy ATM400 Film 35mm B&W ISO 400 today and dive back into the fun of 35mm film photography!

I received this in my Wonderbox so it is not my usual film stock. However I like to experiment and try new things so was pleased to receive this. Street Candy is film that was originally made to go in the cameras within bank ATMs, capturing images of everyone who made a transaction at the machine. I remember changing the film magazines back in the day (many moons ago) before ATMs went digital.

I shot this roll over two days, one being bright and cloudless and the other it was dull and snowing. Both conditions produced very contrasty images but it fared better in this regard in the brighter conditions. I developed the roll in HC-110 and whilst the grain was clear it is very pleasant to my eyes but then I like film grain!

The base is thinner than my regular stock but I had no problems in handling it. The dried roll immediately rolled itself back into a reel of film when I took it down from the drying line and removed the weights. It made cutting a little trickier but that’s all - I used a lomo negative holder to hold the film for copying and had no problems.

In conclusion, whilst this won’t become my go-to film stock it produced some very good results and I wouldn’t hesitate to shoot it again if the opportunity arose. I’d definitely recommend everyone to give this one a go.

Image: Horizon Kompakt | Street Candy | Kodak HC-110 (B) on a day when it was snowing

One of the films received in the January Wonderbox, and one I hadn't tried before so did not know what to expect. The film has a lovely amount of grain, and the results are on the lighter side in regards to contrast but I was able to boost this in Photoshop with a quick levels adjustment which wasn't a problem. When dried the film does curl quite a bit so do bare that in mind when scanning. Other than that, it is an OK film! 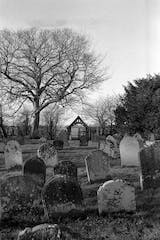 This film gave good results from a mid winter walkabout that provided grain and contrast that I liked. I'll be trying this film again with other subjects in the near future. I developed in as per HP5+ in ID11. It is worth noting that the film tended to curl a bit while drying but not to the point where it caused any great problems. 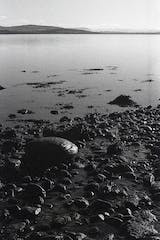 I shot this film on ISO 400 with my Pentax K1000 and 28mm f/2.8, and I am quite pleased with the results for street photography.
I used Perceptol for the development and the combination worked for the type of result I wanted.
Only negative thing is that the film felt very curly for scanning, which did not make the process easy. 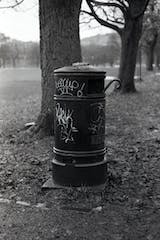 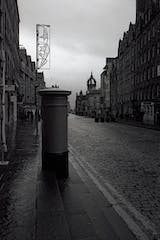 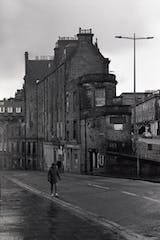 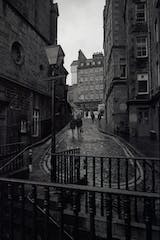 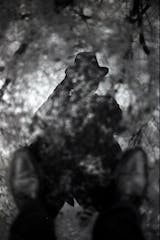 I'm a new guy when it comes to film, 40 years ago was my last foray. I've been digital for the last 15.
I've been buying various films to try out on my collection of OMs, Nikkormats and one F801. and Street Candy is quite high on my favourites.
I like this one because I've found it to be not too grainy and full of contrast. The weather was atrocious when I was using it but it still held up well.