Specifically - when you find a 'new' old film camera what are the most common issues to check, what are the repairs that every film photographer should know about, and what problems should make you put the camera straight back and walk away...

Pierro! A quick orientation question: when did you first start repairing cameras and how many do you think you've handled so far? 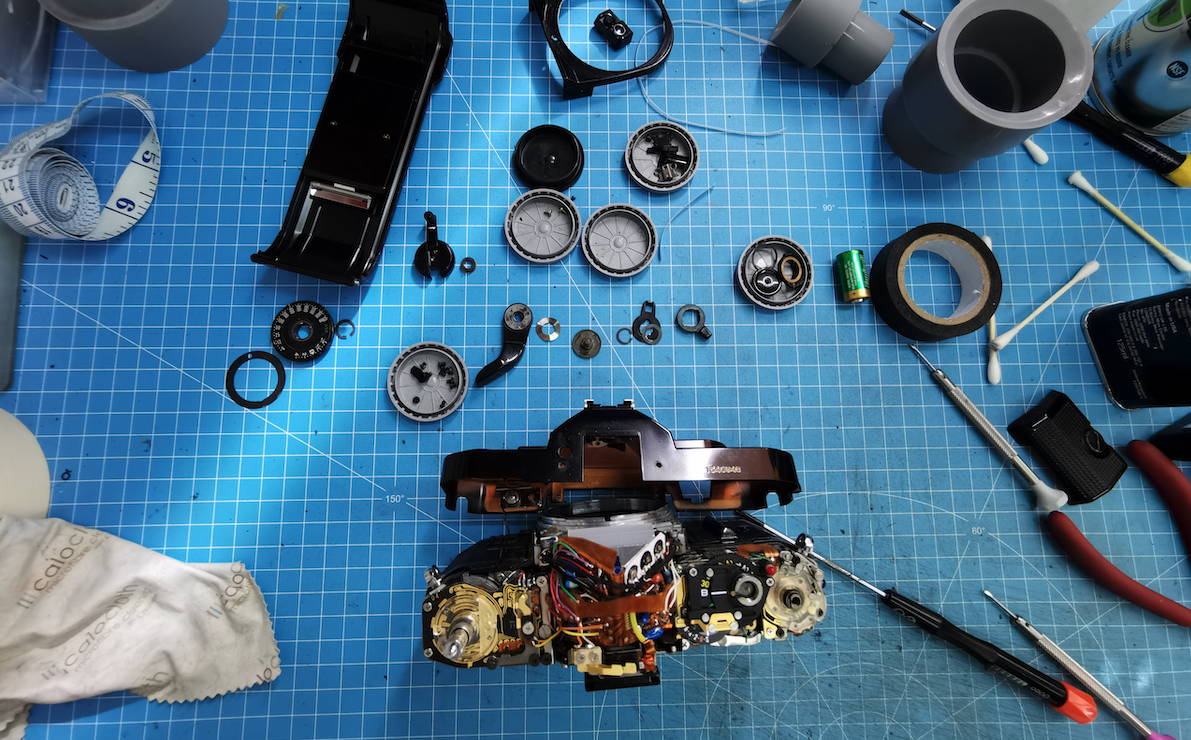 I first started repairing cameras when i was about 15 and I’m now turning 24 this year - although the PPP Repairs brand has evolved over that time. I started working on basic mechanical rangefinders such as Voigtlander vito B and Agfa Isolate as well as Kodak retinas, before moving up to SLRs. Then quickly moving onto high-end gear for example Hasselblads (including the Xpan) and Leicas .

I am now repairing almost anything that uses film after building up a diverse knowledge of film cameras over the years. I saw the progress of the engineering and components used in a wide variety of analogue cameras which allowed me to advance in repairs - transferring knowledge from one camera to another - allowing me to modify and make parts where necessary.

I've probably handled thousands of cameras since I’ve started ranging from rare Leicas worth £100,000, original Opticians cameras dating back to the late 1800s all the way to the weirdest and most unusual hidden gems.

When you first pick up a camera what do you check to see if it’s likely to be able to take photos straight away?

The main thing to remember is that these cameras are old, and I mean 50+ years most of the time so don’t worry about marks or scratches. This is all part of the history they carry and that's a great thing to preserve. So the three main things to check to make sure the camera still has life left to give:

A lot of cameras need batteries to do this but most of the time there is a mechanical override which is labeled “X” or its indicated as a red number on the shutter speed dial (usually 1/60th or 1/125th ). This will allow you to fire the camera without a battery. if there is no mechanical override be resourceful - take the batteries out of your camera or buy some locally - they will always come in handy later on. 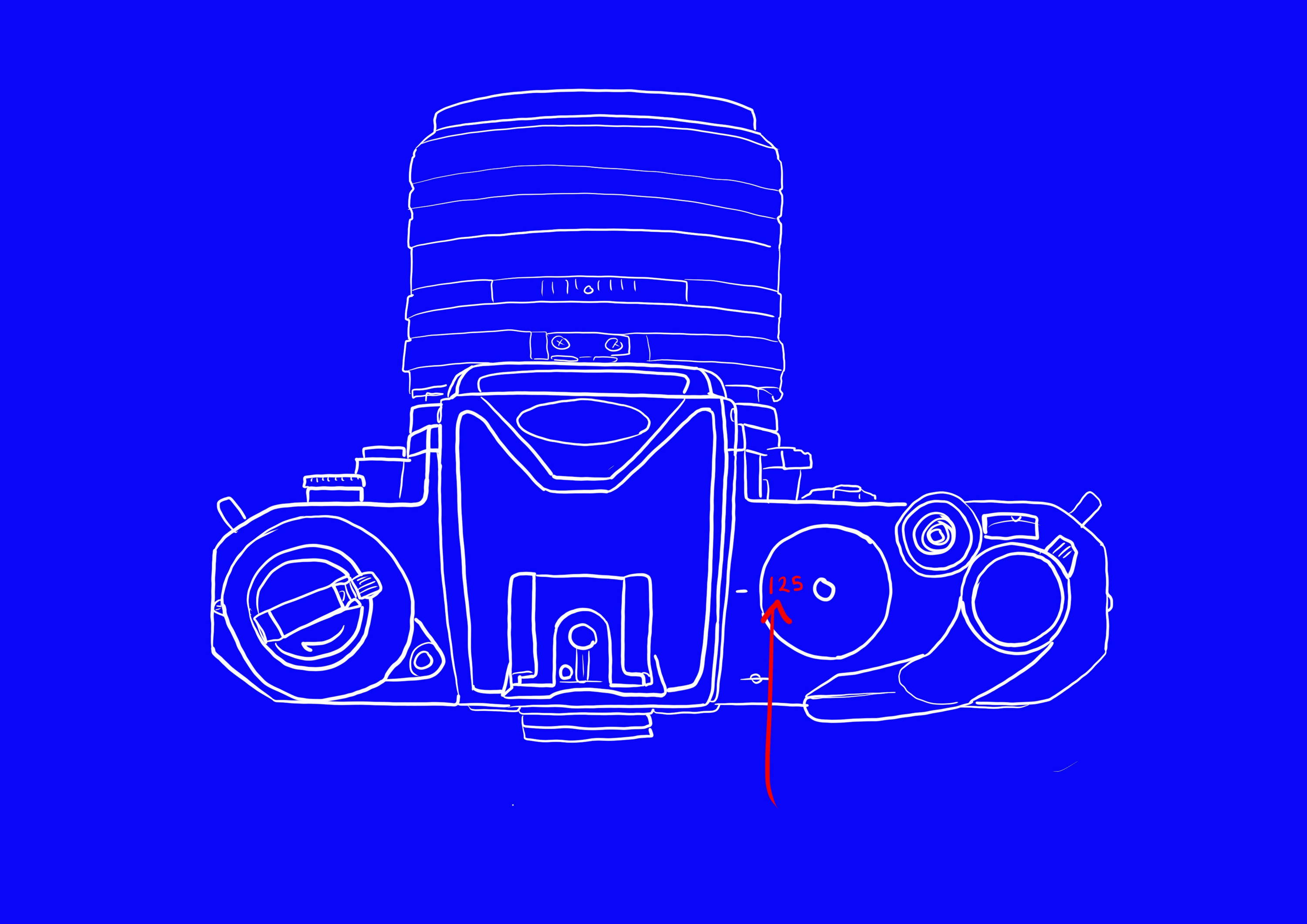 The same applies for compact film cameras: make sure they light up and you can trigger the shutter. You can trick most into thinking there is film inside by opening the film door, this will let you test the shutter and see if it is opening.

Make sure it lights up if it has electronics, you are looking for any signs of life. No lights shows no-one is in (test this with NEW batteries) and it will most likely need repairing, however these faults can be simple to repair especially in SLRs. If a camera light meter is responsive but the shutter does not fire this can also be an easy fix with some models and there is still hope to bring it back to life. Make sure you can see through the finder, fungus is becoming an issue with age and can sometimes creep in. 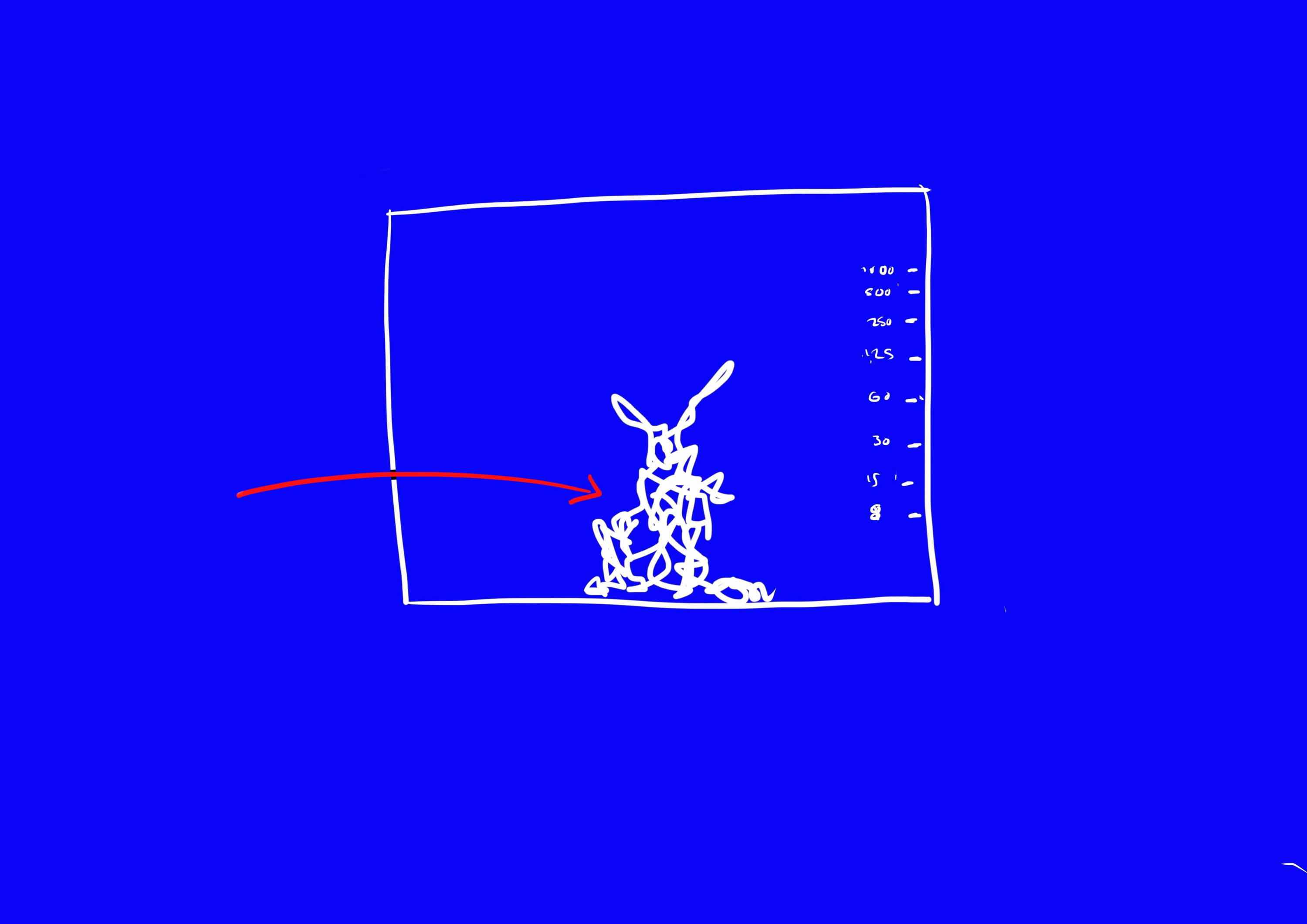 Most of the time they are degraded as these cameras are old. If you run your finger along the edge of the film door on the inside and either black dust or gunk comes off then they need replacing. This is nothing to worry about and a routine service, just be aware that it may be something extra you have to pay for. With compact film cameras you do not have to worry too much about this as not all of them use foam light seals to block out light (instead using simple plastic folds in their doors or similar. 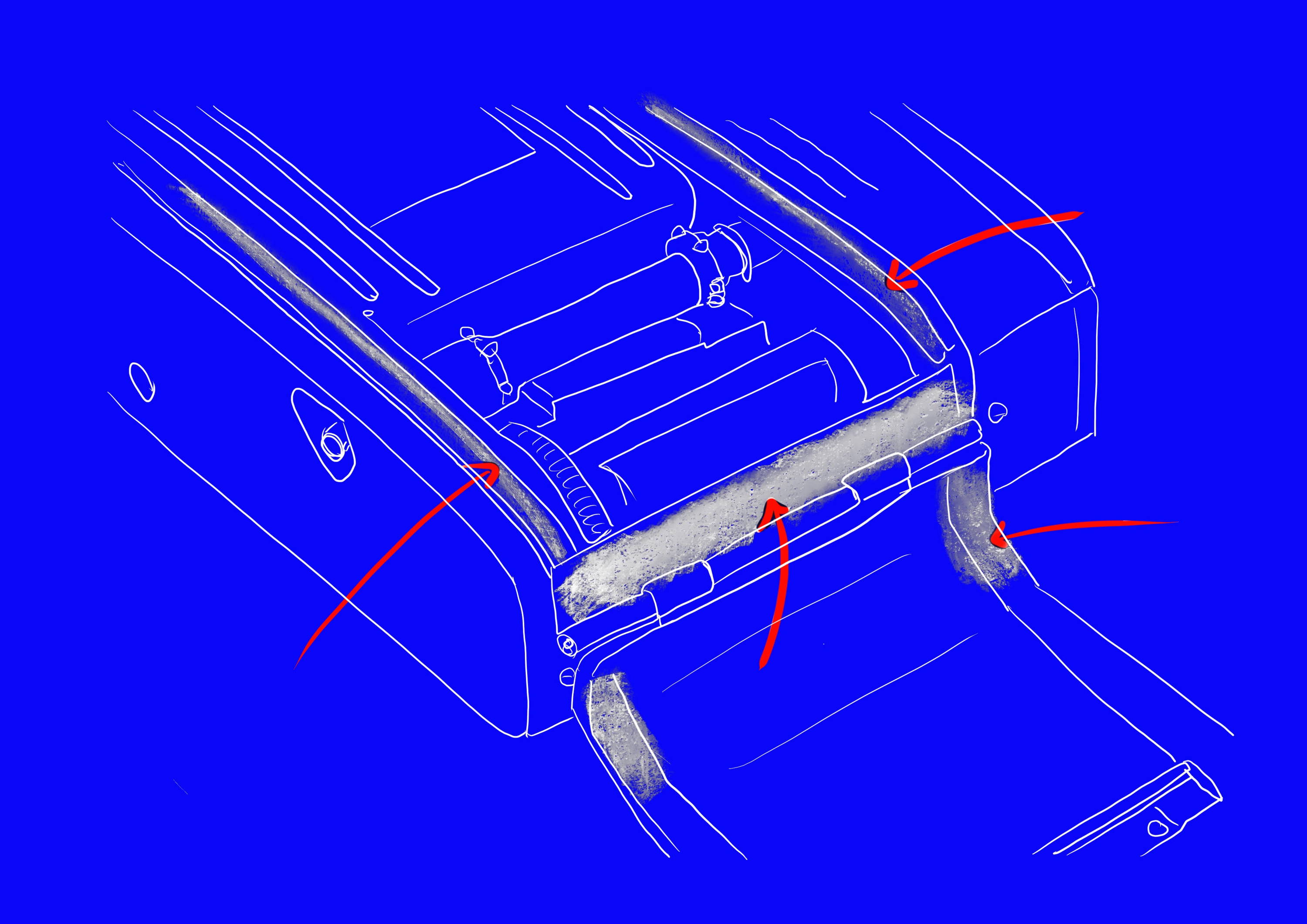 Make sure you can open the battery chamber. If you cannot and there are batteries inside then the chances are high that the batteries have leaked. NB: battery acid is dangerous so be careful when checking!

Even if you can open the battery chamber then check the connections at either side for signs of corrosion that could make the battery misfire. 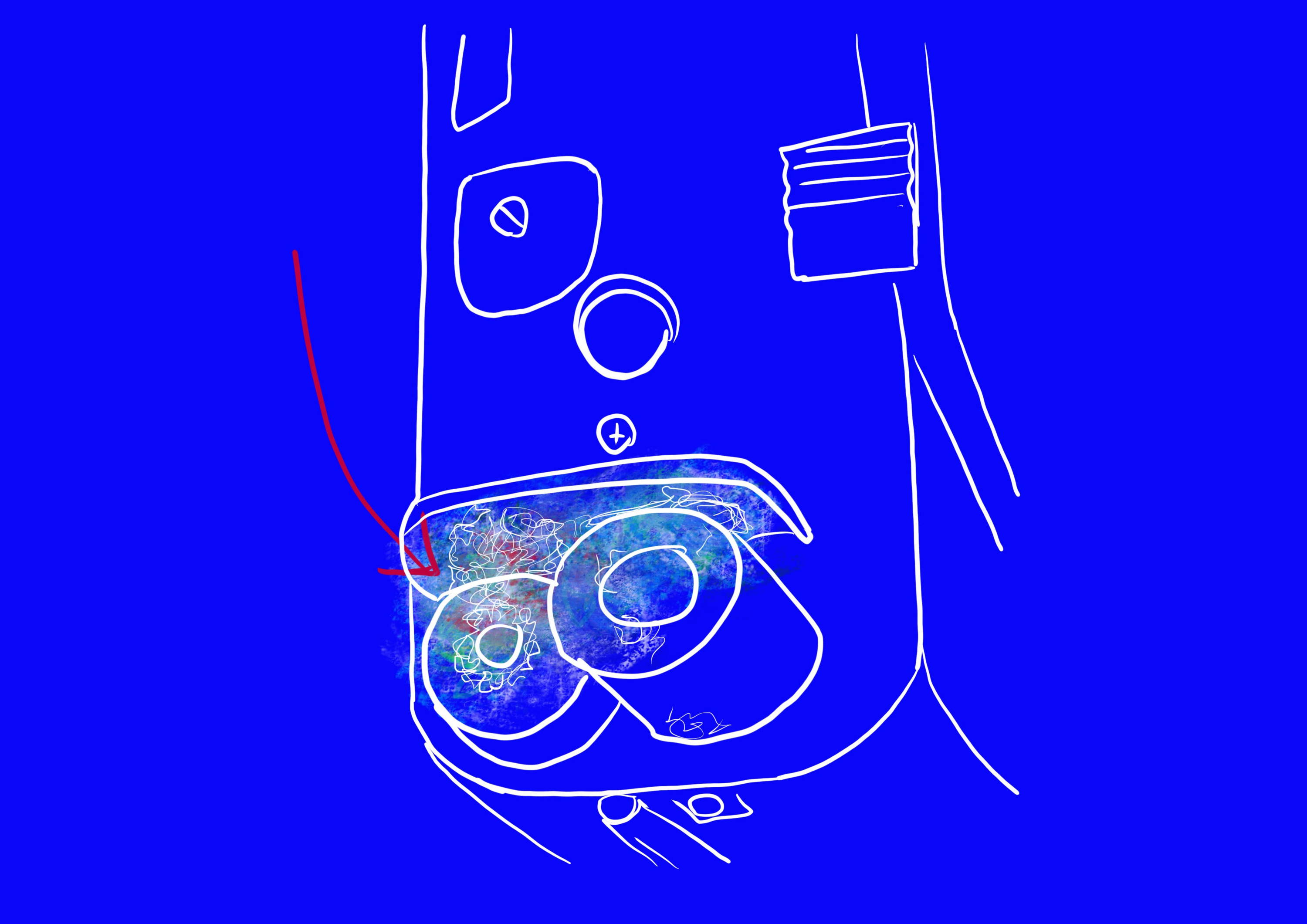 These are 3 main things to check to make sure there's life in a camera. If they pass all three tests then there is a likely chance it is working and ready for a film test. If the camera does not pass these tests do not worry at all as it can still be repaired. I have brought cameras back to life from conditions you wouldn’t even touch let alone repair! My motto: everything is repairable just not always economical. Most cameras have been sitting for years and will need using a few times to bring them up to speed. The shutters can seize up and normally need use to make sure they're firing correctly again.

Of course if you have any concerns it's always best to ask a repairer, and wherever possible for large purchases buy from a reputable second hand camera shop as you know they have always tested the cameras.

What things might you see that would tell you immediately it’s not worth even trying to fix?

If it's been dropped in a lake it will be showing rust everywhere, you’ll be surprised how many times this happens! I would always say avoid anything with water damage as it can be very unpredictable.

Hmm...will I need to push +2 for the best images do you think?

What are the most common fixes or repair jobs that you think every analogue photographer should know about and be able to do at home?

The most common repair is people not checking that the batteries are dead - so many repairs come in where people say they have changed the batteries but when checked they are old batteries still.

Make sure you test your cameras with brand new fresh batteries it could save you the hassle and cost.

Another thing is knowing how to use your camera, load the film, turn it on. These all may sound simple things but they can cause a lot of problems with some models. There are many instruction manuals now online and it only takes 5 minutes to read and you will know how to use your camera (without damaging anything) yourself.

What do you think is the most reliable film camera widely available today? I.e. most likely to be in working condition?

The most reliable are mechanical cameras. There are many SLR’s around that only rely on a battery for the meter: Pentax K1000, Minolta SRT , Olympus OM1, Nikon F2 , Nikon F , Nikon FM. This list can go on and on as that only includes SLRs.

There are many mechanical rangefinders even dating back to the 50s which are still going strong with selenium cells still working, which is great because they do not rely on batteries at all.

Cameras last as long as they are looked after. Just remember when you bring it out of storage - even if store perfectly - you will need to get your camera serviced because after decades of collecting dust it can slow things down.

Which camera would you pick that you think is most likely to survive the next 20 years of regular use?

Most people only expect a few cameras to be mentioned here such as Leica, Hasselblad……..

For example a Contax T2 came in for repair so heavily used the titanium paint had worn down to the original metal, it had dents and marks everywhere and was still going strong, compared to a mint Contax T2 that had all the gears seize up and multiple repairs needing to be carried out. Cameras are built to be used, just as an old car is built to be driven, if the car is left to sit it seizes up and is more likely to break down. This is the same for cameras: the ones left to sit are more likely to develop a fault than those that are used as they should be.

This applies to both mechanical and electrical cameras. With a new generation of repairers coming through the ranks, many companies developing new equipment and film to support the industry, spare parts can now be replicated and reproduced with modern technology. As the analogue industry is continuing to grow and move forwards, it is most likely that a lot of these cameras will survive the next 20 years.

We are pushing new boundaries only now made possible with the development of technology. It is an exciting time for the analogue community and I think you might be surprised by the number of cameras that last another 20 years...

What are the most common issues you see with these community-favourite cameras:

Mainly shutter service as slow speeds are not firing correctly and fungus in the lens. This is all a routine repair and nothing to worry about 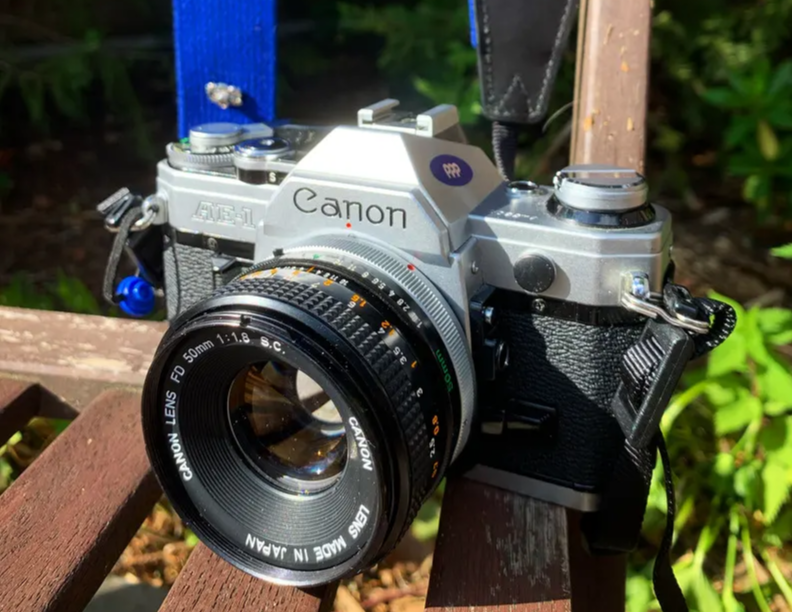 What’s your favourite camera to repair and why?

My favourite cameras to repair are anything unusually engineered because its always nice to have a challenge, it breaks up the 'standard' repairs I normally carry out.

My favourite compact camera to repair is the Fuji Klasse S which i have even sand-proofed for a customer in Hawaii. I always enjoy Hasselbald and Leica as they are just so well engineered.

Anything pre 1920s is what I repair for fun as these are the cameras I originally learnt on and always fascinated me. For example how they could achieve such high shutter speeds of 1/1000th which could only be accomplished in smaller SLR’s much later on!

And finally... have you ever resorted to giving a camera mouth-to-mouth resuscitation?!

Cameras are people not machines. Funny you should ask, I have once revived a camera whilst on a shoot for a photographer by licking the battery! It's not advised but it works.

This is why repairers don’t share their secrets... Only joking ;-) 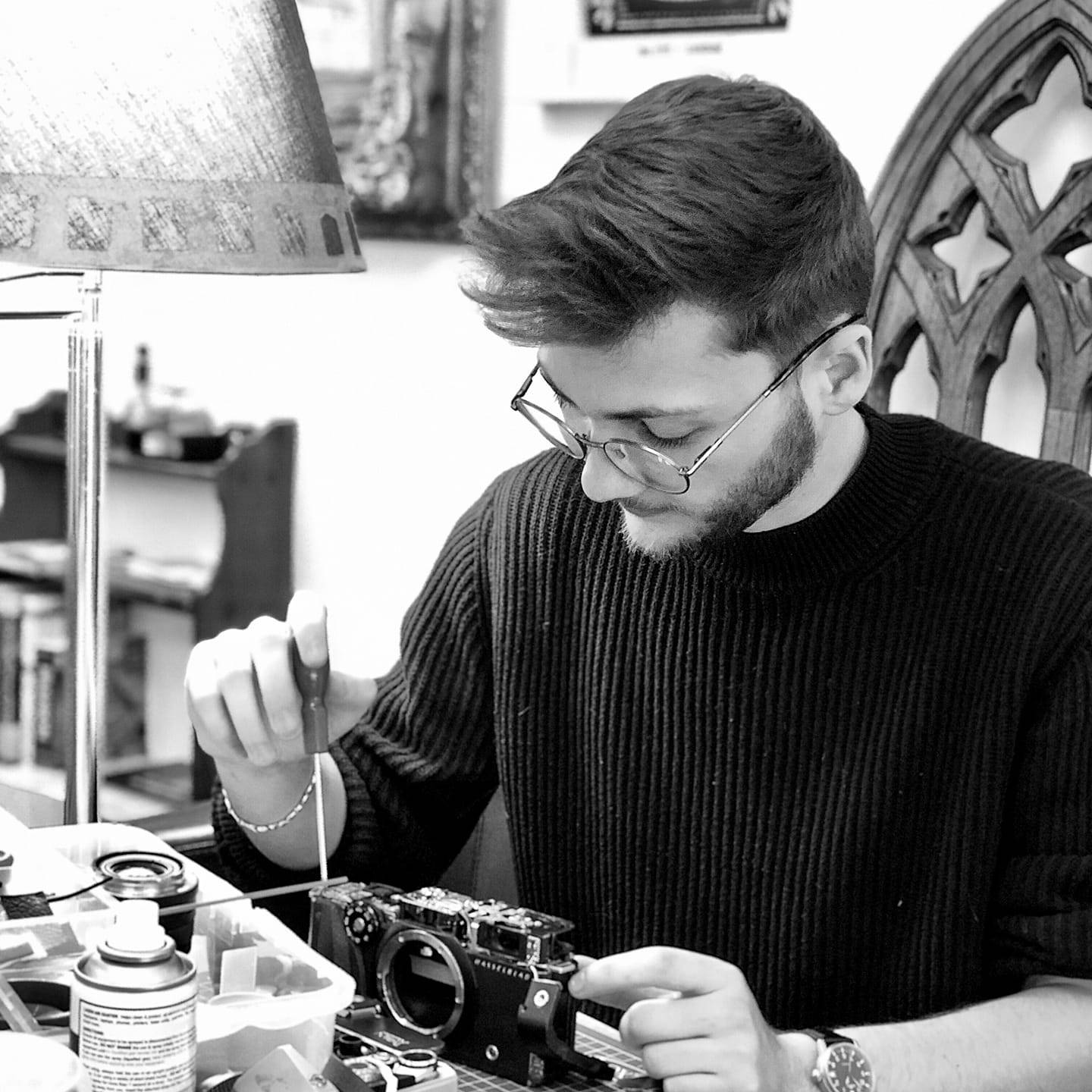 Thank you Pierro! Where can people go to get your advice and help with their cameras?

Find me on Instagram to see some of my work 'in progress': @ppprepairs

And head to my website to book repairs directly: https://www.ppprepairs.co.uk/