Apollo is a beautiful 35mm film - your images will come back with subtle yellow or blue tones (depending on shooting conditions) that interact with your subject to give unique and gorgeous-looking pictures.

To understand more about the details above you can check out our film guide or if you want some inspiration then head over to our page on choosing your next film. And if you want the full details about the film, including technical information, read about Dubble over on EMULSIVE.

Dubble started life as an app in 2013 - one which allows people to create digital double-exposures with anyone else, instantly! After being overwhelmed with the delighted response of creative photographers around the world they decided to launch their own range of physical films. They use pre-exposure technology to add beautiful hints, colours and shades that will interact with your photos live in the camera for an unique and mesmerising final image.

For more information about the brand check out our bio of Dubble (Note: not Double film!)

When you buy your camera film from us we can ship it across the UK, Europe, USA, New Zealand, Australia and Canada (more countries planned soon!) So buy your Dubble Apollo Film 35mm Colour ISO 200 today and dive back into the fun of 35mm film photography!

Well, it certainly gave me a yellow cast. Very interesting with certain shots, re the skyline image, but for others I prefer without a cast (the ducks). For comparison, I adjusted the duck image to make it look like I remember, basically a more natural colour so you can see the difference.

Having a yellow (or blue) cast means it's hard to make the film pop if you adjust the tones as the cast tends to flatten the image. I think it works well with subdued tones, or moody pictures.

The film is basically Kodak Ultramax doped to give a cast, so its an everyday film fundamentally.

Overall, I quite liked it, but I think I will consider carefully what I shoot for the next roll to maximise its potential. 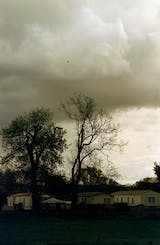 Dubblefilm 400 speed Apollo film using the incredible Kodak Ultramax as our base layer! Apollo is a 36 Exposure ISO 400 Color 35mm film with added tone producing deep shadows and highlights that pop. In bright conditions you’ll notice a really warm overall tone and more contrasty conditions deep blues in the shadows and a yellow vibe in the highlights. Results as always will depend on shooting and scanning conditions. 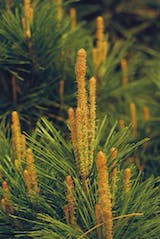