When you buy your camera film from us we can ship it across the UK, Europe, USA, New Zealand, Australia and Canada (more countries planned soon!) So buy your Ilford Simplicity Starter Pack - B&W Developing Kit today and dive back into the fun of B&W film photography! 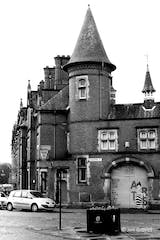 This wee kit is a great way to test out photography developing as it has all the chemicals required to develop a few rolls of 35mm rolls of film or one roll of 120 film. I love this kit it took me back to my school days as they used this brand of chemicals. I enjoyed using it as I was able to develop for the first time in years and it helped to decide to get to using film. It is a great taster kit and I would say a roll of b&W and this kit would make a great gift kit for people you know to let them see the magic of developing your own pictures

If you don't use film often then this is perfect! The exact amount of solution needed for 2 rolls of film without having to buy a load of chemicals that will go off in a few months opening.
Great packaging with easy to read instructions

Great for occasional developers, saves buying a big bottle which then goes off quickly. A shame ilford aren’t doing a eco friendly range like some of their competitors.

When I first started home-developing, I was overwhelmed with the different possibilities when it came to Black and White development, therefore I ended up starting with colour instead. This kit, however, gives you a fantastic starting point. And it will clearly be suitable for beginners.

Additionally, if you rarely ever shoot any B&W film, this is also a good little kit to have especially as each element can be purchased separately and comes in packages of five. I would highly recommend this kit to anyone new to developing or someone who predominantly shoots colour but still dabble in Black and White.

Ilfosol 3 (the developer) is well suited to most films. The only thing I would perhaps change - not of the developer itself but just on the notes/packaging - is to state that the volume suggested to be made ie. 600ml is really 1:9 dilution; so when using the massive dev chart for the first time, keep that in mind if you need the time for a specific non-Ilford branded film.

I've reused the Stop Bath and Fixer twice and have absolutely no complaints. I do recommend sticking to the capacity it can be reused for.