A BRAND NEW CLASSIC! Available to photographers for the first time ever in medium format, CineStill BwXX (Double-X negative) 120 is a classic panchromatic black and white negative film akin to the legendary Kodak Plus-X & Tri-X emulsions.

It is an excellent choice for all those looking for a classic film stock with top-level performance and versatility in a variety of conditions. Featuring a variable base sensitivity of 250 under daylight (5500K) and 200 under tungsten (3200K) lighting conditions, it can be rated up to ISO 1600 with the appropriate processing compensation.

Some of the iconic movies filmed on the classic Eastman Double-X film stock 5222 include:

To understand more about the details above you can check out our film guide or if you want some inspiration then head over to our page on choosing your next film. And if you want the full details about the film, including technical information, read about Cinestill BWxx over on EMULSIVE.

When you buy your camera film from us we can ship it across the UK, Europe, USA, New Zealand, Australia and Canada (more countries planned soon!) So buy your Cinestill BwXX 120 Film and dive back into the fun of medium format film photography!

This review is late in that for the first time ever, I managed to load the first roll of this film with the paper backing towards the lens, producing a perfectly developed blank film!
The second roll went better, exposed at box speed and developed in Ilfotec HC at 1:31 for 6 mins.
This is a contrasty film which needs care with exposure - I used multipoint spot metering in this woodland venue on a very bright day. The digitised negs looked very deep in the shadows, but there was plenty of detail in there in post processing in Lightroom. Grain was moderately visible in this dev.
I think this film would work well for street photography and graphic images. My woodland subject was chosen to see how it coped with a wide dynamic range and it did so better than I would have anticipated, and on balance I think worked well for the theme of light and dark in the images posted.
It is pricey, though

I loaded my roll of Cine Still BWXX into the Zeiss Ikonta 520/2. And same as other film, very easy to load.

Once I came to developing it, I found that detatching it from the protective paper caused the film to tear slightly so I advise extreme caution when transferring it to the developing tank.

The images came out beautifully and am extremely pleased with the results. 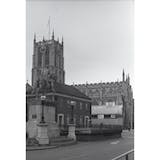 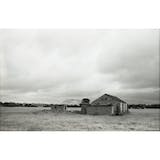 This was my first time using the Cinestill BwXX in any format. As I have started to shoot 120 more than 35mm, i thought i would try this out on a recent trip to the Jurassic Coast. I decided to shoot this film at Corfe Castle. I did not know what to expect from this film stock. I had only shot HP5 and Fomapan 100 before so not a massive B&W shooter.

I shot it at 200 iso, in my Mamiya 645 1000s. it was an overcast/occasionally sunny day. I thought the castle and village were the perfect spot to shot this film and i was right. When i got the scans back, i saw why so many people were excited when this came to 120 format.

Being a beginner in the world of film photography, i was hoping to get the results from this film that i have seen other get. I was happy with the scans when they came back, and finally felt that i was doing everything right from exposure to composition.

I would recommend this film stock to anyone that wants to try something new, and have a love for cinestill's films stocks. I can see why this film was used in a number of movies. I will be buying more in the future.

My first time using XX in 120 format in my Hasselblad 503CW. I have a real love of film noir, so I was interested to see how it dealt with chiaroscuro and deep blacks. Well I wasn't disappointed, as it did all these things and also produces well balanced tones either outside or with portraits in the studio.
This is an excellent all round filmgoer beginners to experienced photographers, and delivers fabulous tones across a wide range of genres.
I'll definitely be ordering some more! 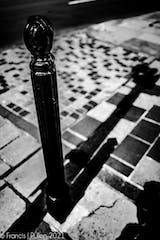 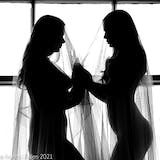 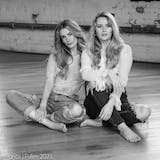 I
Ian T
Perfect for: Great All-Rounder, Portraits, Street Photography
Sharing with the Film Community: No
Lovely but Pricey...

I've shot a lot of XX (As Eastman 5222 rather than Cinestill stock) and really love the contrast and tones. For me - it gives a bit more punch than HP5. However the question for me is "what does it do better than Tri-X?" which is also quite a contrasty film.
This roll was shot through my Pentax 645n at 400 and developed in Diafine. I found it to be ever so slightly sharper than Tri-X and the contrast ever so slightly more crunchy (in a good way). The price is slightly more expensive than Tri-X sadly, and that's the most off-putting factor for me.
It's a great film, that gives unique results, but it's not something I'd shoot "everyday". I ordered 2 rolls and 1 is still in the fridge, destined to remain there until something "special" comes along to require it.
HP5 is still a fantastic film, and pushed to 800 in something like HC-110 will give results that (probably!) only a photographer could spot the difference.
I bulk roll my 35mm XX and it comes in cheaper than Tri-X which makes it a no-brainer, but with the 120 being more expensive, it's not so clear cut a choice.
If I won the lottery, I'd shoot it all day, but price is a factor for me so it's a one-off film. 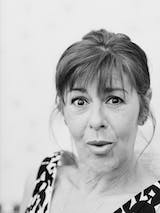