Cinestill BWxx is an emulsion first used in 1959 to shoot movies in Hollywood studios. This black and white 35mm film is now available for UK photographers to create their own unique vision! Films that have included scenes shot on this emulsion include Kill Bill Vol 1, Schindler's List, Casino Royale and Raging Bull - the definition of artistic royalty.

BWxx is officially rated at ISO 250, although photographers shooting at ISO 200 are highly unlikely to see any difference in the negatives.

To understand more about the details above you can check out our film guide or if you want some inspiration then head over to our page on choosing your next film. And if you want the full details about the film, including technical information, read about Cinestill BWxx over on EMULSIVE.

When you buy your camera film from us we can ship it across the UK, Europe, USA, New Zealand, Australia and Canada (more countries planned soon!) So buy your Cinestill BWxx Film 35mm B&W ISO 200 today and dive back into the fun of 35mm film photography!

First time shoot with Cinestill black and white, it is a low iso film that is fine for outdoor and indoor portrait if there is plenty of natural light available as in low light the grain comes out a bit more which I don't mind at all. It gives a nice tonal range with a well balanced contrast that is very pleasing for portrait work.
Will certainly shoot it again. 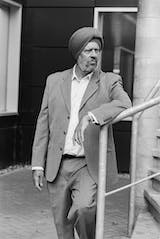 Another first for me using CineStill BwXX although I may have used it under it's Kodak brand name. I took it out for a trip to a bit of local moorland which includes some forest. The results were very pleasing although I did add a touch more contrast in processing as I prefer a bit more punch. It does come rather more expensive than some black and white film but I consider the results that I obtained made the price ok. A touch of grain appears in certain situations but nothing unpleasant and it can produce decenty sharp results. The sample shots were taken on the excellent Nikon F5 with a Nikkor 24mm f2.8 AI lens attached and an orange filter for the photo not in a forest.

I gave this film a bit of a punishing test, I used it on a trip during the Covid relaxation period to the Yorkshire Dales, a subject it is not really designed for. However, I can honestly say I was impressed, as an ISO 250 film it has visible grain, but it is sharp, very sharp with a beautiful tonal range. Highly recommended!!

Double X, repackaged Eastman Kodak 5222, is an awesome film. I sometimes wish it was available in 120 too. It has a visible grain, so if you like grain-less films, it isn't for you. However the grain has such character, and the tones! Oh the tones. It has good contrast mixed with all the grays you could imagine. As a street photography film, or an all-rounder, this film holds its own, and I would recommend everyone give it a try. 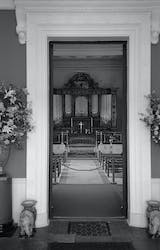 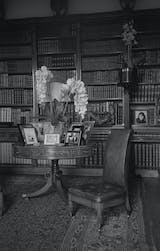 I am very obsessed with finding the perfect black and white film for portraits and whilst this isn't perfect, it sure is great. Wonderfully contrasty, with good sharpness and punch. Where I think this really shines is in those matted shadow tones and inky blacks. Cinematic and stylish, as expected! 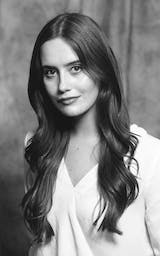