Produced to celebrate the 100-year anniversary of the iconic Foma brand: this is your chance to participate in a real moment of analogue history!

Inside the 1920s-inspired box you will find the wonderful Foma Action 400 film that has stood the test of time: consistently delivering brilliant B&W images in 120 film format.

When you buy your camera film from us we can ship it across the UK, Europe, USA, New Zealand, Australia and Canada (more countries planned soon!) So buy your RETRO Foma Action Film 120 B&W ISO 400 today and dive back into the fun of 120 film photography!

A traditional film, in most situations giving a good balance of grain, contrast and latitude even if devved in a wholly unsuitable soup like Rodinol because thats all I had on the shelf at the time! If I'd have had ID11 or LC29 either of those chemistries would have given me less grain and probably a little more detail in the mid tones. Even so, the inherent characteristic of good latitude to over/underexposure from frame to frame means I can get away with using 60 year old cameras and a selenium light meter and not be too fussy about the accuracy of camera settings. The only downside in comparison to the much more expensive major brand films out there is that it appears to be less 'panchromatic' in responding to blue light and certainly HP5 with the mid-yellow filter I use would have given a more pronounced contrast in the sky in the scene of the Bowlers in the local Park. What I should also mention is that Foma Bohemia Ltd are incredibly chelpful and very supportive when one does have a problem with one of their films. I recently encountered a problem with Foma 200 (black spots showing all over the film) which the factory resolved for me and as a gesture of goodwill sent me not only replacement stock but also some other films for me to try out! 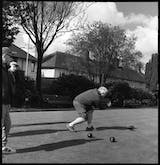 Big ol' grain on this one- either love it or hate it. Not sure of my feelings, by given the price, especially shooting 120, it's a fantastic deal. 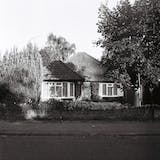 I've recently started with analogic and I was surprised to see the options there are online to buy. I've chosen Analogue Wonderland for the reviews, the overall experience on their website and the average prices and service. Very happy! I wlil definitely turn to them for supply in the future! Thanks for your impeccable service! :)

The service was brilliant, very happy with the product.