This is an excellent 35mm film that delivers great detail resolution even in difficult lighting conditions - its name will become obvious as you can stress it in a variety of creative situations without complaint or loss of contrast.

To understand more about the details above you can check out our film guide or if you want some inspiration then head over to our page on choosing your next film. And if you want the full details about the film, including technical information, read about Foma Creative over on EMULSIVE.

When you buy your camera film from us we can ship it across the UK, Europe, USA, New Zealand, Australia and Canada (more countries planned soon!) So buy your Foma Creative Film 35mm B&W ISO 200 today and dive back into the fun of 35mm film photography!

I bought this film a few weeks ago and due to health issues, combined with the Covid 19 restrictions, have only just got "permission" from the medical team to be allowed to go outdoors for a while. As a disabled photographer who's reliant upon using a mobility scooter, I thought it would be nice to shoot some local views along the road wghere I live. I also decided that, after seeing the results my friend Jim Graves got from Fomapan 100 when he pushed ot 2 stops and shot it at 400, I'd "give it the push" too, but just 1 stop (shot at 400 speed) as it was a really bright day. I loaded the film into my Praktica EE2 that I acquired a while back, but it needed a jolly good clean and I had to buy a battery adapter for it as the "normal" battery isn't readilly available here in the UK. Oushing this film to 400 speed on such a bright day proved a bit of a challenge, but I'm glad I did....it also gave me a chance to try out some new ND filters. This experiment resulted in some quite high contrast negatives, but still having detail in the shaddows. Will I be doing this again? YES!! I'll also be trying pushing some of the other Foma filmstocks too...It's very affordable so great for experimenting. Go and grab a few rolls and have some fun! 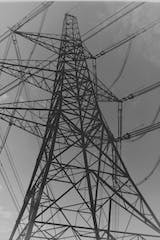 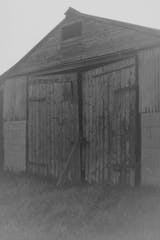 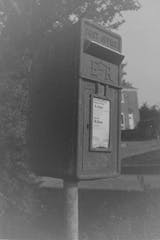 Got some good results from my Olympus OM2 using this film. I am happy with the results and will use it again. 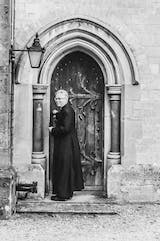 First time user of Foma 200 and I quickly found it's good side. It is a great sunny day film. I used mine at a local farm taking photo's of the horses and I soon learned to appreciate it for it's place on sunny days that suddenly cloud over, but not so dim you need Foma 400. It was good to use it and development was pretty straightforward too in HC-110 dilution B. I will use it again at some point in the future. 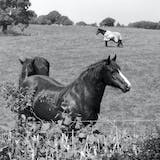 For the price it punches above it's weight. Good contrast but a little more grain than I anticipated though not bad at all. Developed at home in Rodinal, quick and easy to handle. For walking around on a sunny day it's an ideal roll to keep in the pocket.

I have used enough rolls of the 35mm version and have has no issues at all. This film is easy to shoot and produces beautiful negatives. I have developed all mine at home in Rodinal 1+100 using the semi stand method. I scan the news using a Canon 8800f scanner and Vuescan software. I get fine grain and good sharpness from the negative. Lovely film at a great price.