Foma's FOMADON EXCEL developing powder is an excellent entry-level B&W developer. It has good stability and is forgiving on temperature control but will still provide fine grain and excellent sharpness for your developed negatives.

One set includes two packs of powder to make 1L of developing liquid: this is enough to process 10 rolls of B&W film at standard dilutions.

When you buy your camera film from us we can ship it across the UK, Europe, USA, New Zealand, Australia and Canada (more countries planned soon!) So buy your Fomadon Excel W27 B&W Film Developer Kit 1Ltr today and dive back into the fun of B&W film photography!

I spent the first 14 years of my life as a professional medical photographer and for a time really did think that analogue was going to die. I've now started to discover the artistic possibilities of analogue and have broken out all my old cameras again. Such a relief to find AW with their reasonably priced products including this developer. Brought the old days back for me mixing this - very easy to do and very happy with the results, especially as I can now teach my 12 year old son about analogue photography. Thank you for making this possible AW. 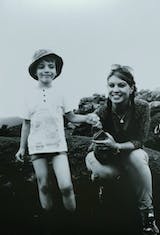 This is a very good and economical developer if you are just starting out in photography or even if you are long standing. It produces (though I've never tried it for this long) about 10 films to my knowledge.
I would like to thank and recommend Analogue Wonderland, as this is the cheapest you can buy Fomadon Excel anywhere in the UK - I've checked! £4.50 a bag plus postage is great- even if you only develop 5 or 6 rolls you've still made a massive saving.
The only problem I've found is that the images are fairly grainy compared to some developers, so a low speed film shot in open daylight is very much preferred. I shot this on some 9x12cm large format Foma film last summer (ISO 100) and it produced stunning portraits, capable of big enlargements- even at 8x10 the grain is scarcely noticeable.

P.S. Forgive the marks on the image- it's just my scanner. 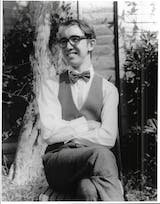 I use Fomapan in 5x4 and I’ve tried several developers before settling on Fomadon Excel as my preferred developer for Fomapan 100, 200 and 400. It gives me good looking negatives with a full range of tones and has proven to be very reliable with all three film stocks.

Don’t be put off by the “beginner” tag, this is a very capable developer in my experience and used as stock I get 12 rolls of film developed with a single packet of powder which represents very good value for money too.

In short, a reliable and well-priced developer which in my experience works particularly well with Fomapan emulsions in both 120 and 5x4. 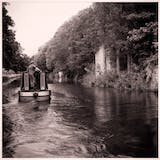 Although I had misgivings about this developer when I first brought some last year, I've since come to really appreciate it. Especially when buying from Analogue Wonderland it's the cheapest powder developer available anywhere in the UK or anywhere else to my knowledge.

I didn't like it when I first tried it last year as I was using Adox film, which probably requires a longer development time in Foma developers. But when you use Fomadon with Foma brand films (also cheapest from AW by the way) you get a very decent result. Here's a few tips.

I always do a prewash for a couple of minutes, making absolutely sure I get rid of the antihalation layer before I start development.

I have found that overdeveloping a fraction brings out the best in this film.

ToI personally have stopped using stop bath with Foma films as they tend to scratch very easily. A healthy few doses of room temperature water will do, which also leaves a bit more time for the film to be affected by the developer, as mentioned above.