This film was originally used to capture and study fingerprints. Technical name: a Dactylographic film 🧐

This means it has excellent detail, it has an incredibly low ISO...and if you develop it in normal B&W chemicals it will return a POSITIVE i.e. slide film!

Notes from FPP's Michael Raso - "When shooting such (an in​​credible!) low asa, I shoot in daylight with my lens fully open at about 1/10th or 1/15th sec. I highly recommend the Gossen Luna Pro F light meter. It dials down to iso 0.8."

More detail can be found in our Super Positive review article.

When you buy your camera film from us we can ship it across the UK, Europe, USA, New Zealand, Australia and Canada (more countries planned soon!) So buy your FPP Super Positive 35mm Film and dive back into the fun of 35mm film photography!

This film was rather challenging and had a fine latitude. I used it in my trusty Canon EOS 1v with the exposure meter set to ISO 6 and overexposed by 3 stops this generally worked well but there were a few duds. It's definitely not an everyday film but is a nice treat. I may make some prints with Harman Direct Positive paper and see what results I get. 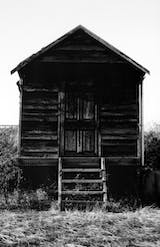 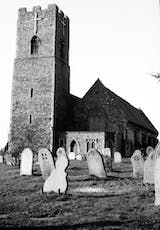 Set out with a roll of this in my trusty Chinon CE5, with tripod in tow, on a very sunny day around the local coast path.

I'd worked out that I should (just) be able to shoot hand-held as long as I stuck to my fastest (f1.7) lens. Yes, it was possible, but be warned that this emulsion does NOT like under exposure!

On a couple of shots I pushed my luck by no more than a stop and was rewarded with almost uniform grey negatives that, by eye, had nothing at all on them. Scanning showed that there was something there but with so much noise they were unuseable. Which is a shame seeing as one was of a pod of dolphins that appeared, leaving me cursing that I hadn't loaded something more suitable :D I've included that shot in the examples to give some idea of what just one stop under exposure can do to this film!

But, when you give it enough light, you're rewarded with a wonderfully vintage look except without any of the grain associated with old photos. Not just "low grain" or "minimal grain" but, scanning at 3200DPI, no grain. Not even on wide open skies. You also get long enough exposures to get as much motion blur as you could ever want

The contrast range is a little compressed, needing some playing with scanner settings, although after one roll I'm not sure if that's a characteristic of the film or an effect of my guestimated development times. I used ID11 stock at the same 6 minute recommendation as for D76, which usually works ok but who knows with such a quirky film?

Really enjoyed shooting this and will definitely be visiting it again because I have another roll in my stock. Not 100% sure I'll buy more once that's gone but I suspect I will because there's real potential there if I can learn to tap it!

Thought I would give this film a second try As it was designed for photographing fingerprints and therefore fine detail I thought I would try it D96 for 8 min with a total failure. The image needed a great deal of cleaning up in photoshop and gauging the right exposure was a problem. It is not a film I will return to because of my lack of success with this film

Tried two attempts with this specialised film My first attempt was developing with D76 at the recommended time of 6 min this seemed a tad underdeveloped so the second attempt I increased the development time to 8 min. Still not sure that this was long enough. I hesitate to use this film again because of the and its limited use for me. In the right situation this could be a useful film but not for me

This film appealed as I am teaching a GCSE Photography class and wanted the students to try something different. It has really made them think about selecting the correct camera settings. The added bonus I'd that the exposed film should create a positive film strip. We can't wait to see the results.