A long-lost legend of a film makes it's triumphant return!

The colour version of the mysterious Fukkatsu 110 film technically expired in 12/2018 but thanks to cold-storage it has not lost any of its power. With colours fresh and beautiful, this is the only ISO 400 colour film on the market for 110 shooters and a unique opportunity to take photos on a slice of analogue history.

For more information about the brand check out FPP's blog post here.

When you buy your camera film from us we can ship it across the UK, Europe, USA, New Zealand, Australia and Canada (more countries planned soon!) So buy your Fukkatsu Colour 110 Film ISO 400 today and dive back into the fun of 110 film photography!

Based on 2 reviews
Write a review
100%
(2)
0%
(0)
0%
(0)
0%
(0)
0%
(0)
J
Joshua Cole
Perfect for: Great All-Rounder, Street Photography, Creative/Abstract
Sharing with the Film Community: Yes
Accreditation Handles: @joshuaelliottcole / joshuacolemedia.co.uk
A great film, but due to a great camera?

Shooting 110 is a less common occurrence for the photographers of today. Many labs don't take it, many that do can't scan it, and those that can aren't always the cheapest. (there are some great labs that will handle 110 for a good price, just not many). I prefer to develop my own film and with 110 that can pose a pretty significant problem. There are 110 spirals for Paterson tanks out there, but they're super rare. I bought a Prinz 110 stainless steel spiral that I thought would fit into one of my billion Paterson type tanks. It did fit inside but appeared to have been left out in the sun and was way too small to insert the tube through to complete the light proof seal. Loading it all in the darkroom with the lights off, including pouring in / out all chemicals, I managed to dev all of my 110 film with relevant ease. That is if you don't mind pouring chemistry in absolute darkness.

I shot the Fukkatsu Colour 110 in a Pentax Auto 110 and 4 of the 6 lenses available for the system. The camera seemed to have underexposed the film, as I actually pushed the film by an extra 30s or so in the dev phase to account for its age. Either way, I did manage to achieve some great results with this film and would definitely recommend it to others, just maybe push it by 2-3 stops in dev or work out why the Pentax 110 seems to read this film's ISO incorrectly (something to do with the plastic 'ISO indication' tabs on the 110 cartridges? It's relatively grainy, even for the 110 format, but again it's old and I underexposed it so go figure!

Lord knows, all I know is that FPP churn our some great experimental, rare and unusual film stock of which all I have tried have been exceptional. Keep it up! 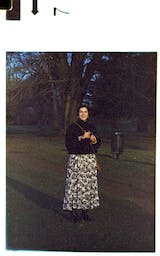 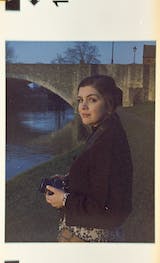 Everything about this format, from the size of the camera, to the negatives is just cute. This is not yet so expired that it is unusable. It's either this or Lomography stuff. 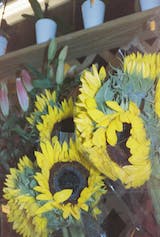