To understand more about the details above you can check out our film guide or if you want some inspiration then head over to our page on choosing your next film. And if you want the full details about the film, including technical information, read about Ilford PanF Plus over on EMULSIVE.

When you buy your camera film from us we can ship it across the UK, Europe, USA, New Zealand, Australia and Canada (more countries planned soon!) So buy your Ilford Pan F Plus Film 35mm B&W ISO 50 today and dive back into the fun of 35mm film photography!

It's only recently that I picked up my dad's old 35mm Fujica camera after it spending a couple of decades in a box. I wanted to redescover film photography again. Ilford film was always my go to film when I shot in black and white back in the day, so I treated myself to a roll of Pan F+. Once loaded into the camera and my old green filter screwed on I headed out.
I'd forgotten quite how much I love this film. The contrast and blacks are wonderful. Minimal grain and buckets of character. It's a very versatile film and chances are you'll get great results wherever you point your camera. 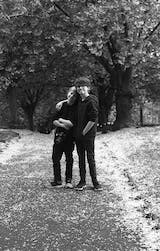 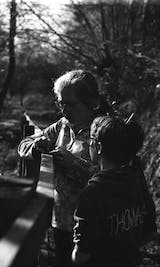 I shot with the PanF plus 50 under natural light and studio light conditions and it really suits both types of lighting without a fail. Though because of the slow ISO you need natural light in quantity especially indoors to sustain a decent shutter speed if you want to shoot at box speed. It is absolutely fine with studio flash heads at ISO 50. The results are very pleasant soft skin tones and nice contrast and rich blacks under both lighting conditions. Recommended for portrait work definitely. 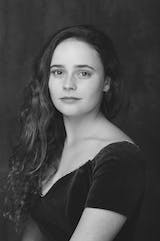 I can't say anything about this film that others haven't said already, but maybe a little-known perk of this film is that its reciprocity failure rate is fairly low. That makes it a better fit for low light long exposures than faster ISO films.

I used an Android app called Exposure Assistant on my phone to work out the reciprocity failure of this film while out night walking. These sample shots are the result. Some of my favourite b&w photos I've ever taken. I'll definitely use Pan F for this again as the results are so clean yet so beautiful. A winner in my eyes.

A Super sharp, old school classic black and white look, with great contrast, lovely rich blacks and virtually no grain. Perfectly suited for portraiture and landscapes and can be used for street, however it’s slow speed can be restrictive. 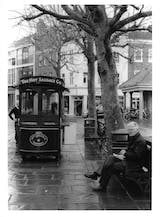 I cannot recommend this film enough; the contrasts are very striking in good lighting, & there are multiple, thick greys in low lighting. The absence of grain makes your photos appear very professional & antique. 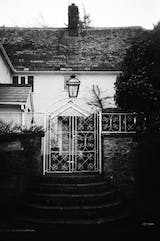