Due to current colour production shortages we are asking everyone to respect an honesty limit of 10 rolls/customer across Kodak Gold and Ultramax. Apologies for this necessity - we will reverse it as soon as stocks are sustainably better!

A Kodak classic, Kodak Gold 200 35mm film has been entrusted with a huge number of special family moments over the decades — and for good reason! It’s priced below the professional emulsions but still delivers outstanding colour and detail. Stock up high on Kodak Gold 200 film, and enjoy shooting low!

To understand more about the details above you can check out our film guide or if you want some inspiration then head over to our page on choosing your next film. And if you want the full details about the film, including technical information, read about Kodak Gold over on EMULSIVE.

When you buy your camera film from us we can ship it across the UK, Europe, USA, New Zealand, Australia and Canada (more countries planned soon!) So buy your Kodak Gold Film 35mm Colour ISO 200 today and dive back into the fun of 35mm film photography!

I love the look of Gold, especially with lots of light and leaning towards over exposure. It can get muddy when under exposed or indoors.

If you are a cheapskate like me, or just someone starting out in film photography who doesn't want to burn through their money using Portra or other highly-regarded expensive films, this is a very good inexpensive alternative that will get you started and help you get creative.

The colours are fairly warm, and if you grew up in the 90's, it will probably give you a bit of a nostalgic feeling of looking through family photographs. It's really suited to throwing into a point-and-shoot to capture some memories in bright light, but as you can see from the photos, it also produces very pleasant results indoors in slightly lower light situations if you put it through an SLR/rangefinder and a lens with a wide aperture.

The images attached to this review were taken with a Pentax K1000 and a 55mm f/2.0 lens, and were scanned infrom my Epson V600 with Silverfast SE (Kodak Gold 200 profile). I did some minimal boosting of the magenta tones in Pixelmator Pro. 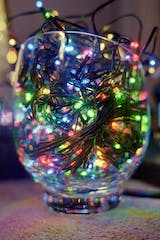 This is a fantastic all rounder film that gives that nice hazy summers day look. If you want your photos looking like nostalgic memories, this is definitely one of the best films to go for. It's cheap and you seem to get a lot out of it. Personally I prefer films with slightly higher ISOs but 200 is a very good range for versatile shooting, especially in spring and summer seasons with good natural light. I wouldn't particularly recommend this for more professional photographers but for amateur, beginners and casual photographers this is a great film to go for. 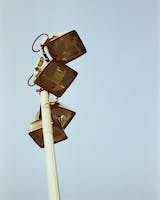