Crossbird is a wonderful slide film that Rollei has crafted for a dual-purpose. They recommend it as a creative cross-process specialty film - this means you shoot it in situations that will look great with 'other-worldly' bright greens and colour shifts, and then process it in C-41 colour negative colours instead of E6 slide chemistry to get the bright and wacky results.

OR you can shoot it 'straight' as a slide film, process it in E6, and benefit from slide film's high detail and colour fidelity.

Either way - as one of the market's most-affordable medium format slide films, it's surely worth a shot!

When you buy your camera film from us we can ship it across the UK, Europe, USA, New Zealand, Australia and Canada (more countries planned soon!) So buy Rollei Crossbird 120 slide film today and dive back into the fun of medium format film photography!

Based on 4 reviews
Write a review
50%
(2)
25%
(1)
25%
(1)
0%
(0)
0%
(0)
C
Chuck
Perfect for: Great All-Rounder, Landscapes, Street Photography, Architecture, Creative/Abstract, Travel
Sharing with the Film Community: Yes
Accreditation Handles: @chuckbbird35mm
Specialist film, but everyone should give it a go!

Surreal & sickly results from this film, I really like the cross processing - perfect for experimenting with. 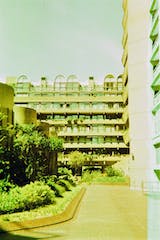 The colours in this film are beautifully rich. I've used it a few times and have always been happy or pleasantly surprised with the results. I would recommend this film to beginners, or as a great all-rounder! 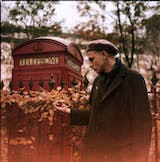 So I bought five rolls of this expensive film from here, I’m super disappointed with the quality of the film itself. After shooting it in two different medium format cameras it seems all the film has been exposed to some sort of light source. Whether it be from a customs x-ray machine (which is what I suspect) or poor quality from the manufacturer it’s not worth the money. Both rolls were developed c-41 and shot at iso 200. Both rolls had some sort of light leak at the beginning of the roll. Here’s some examples so you can see for yourselves. Not worth the price tag. I know it’s not my cameras because I’ve never had this issue with any other film types. 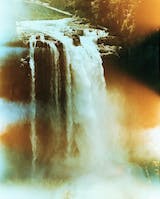 I
Ian T
Perfect for: Creative/Abstract
Needs Some Thinking About

So I bought this as a straight E6 film hoping it would rival my current favourite (Provia 100) at a lower price point. Sadly it doesn't.

I took this roll out on my walks recently and shot it on overcase days as well as sunny days. And it fares much better in bright sunshine which also kinda defeats the 200 ISO. Overcast weather leaves the images looking muddy and the greens don't look very nice at all, appearing like someone went a bit mad with the hue & vibrance sliders in Lightroom.

I did get some nice images though - pretty much anything without green in it. But overall it's quite grainy compared to other slide film. And to notice it on 120 is surprising. Not sure how it would look on 35mm!

Perhaps the intent here is to deliberately shoot it and process in C41, but it seems expensive for that and I think that Lomo have a better handle on colour shifted films that are meant to be developed in C41 and are cheaper.

I may try one more roll in sunshine only to see how it fares, but it's an expensive experiment for me so I'll probably just stick to Provia.