The optimum creative tool, this 35mm film can be shot in two different ways. First - as a straight black and white film ISO 400, with a slight ghostly result due to the infrared sensitivity. Alternatively you pair it with a deep red filter to disproportionately focus on the IR spectrum!

Trees will be bright white, people will glow, the sky will be dark black, and you will be rewarded with some of the most dramatic images straight out of the camera. Note that this will increase the necessary exposure significantly (it will respond at sensitivity of ~ISO 12-25)

To understand more about the details above you can check out our film guide or if you want some inspiration then head over to our page on choosing your next film. And if you want the full details about the film, including technical information, read about Rollei Infrared over on EMULSIVE.

When you buy your camera film from us we can ship it across the UK, Europe, USA, New Zealand, Australia and Canada (more countries planned soon!) So buy your Rollei Infrared Film 35mm Infrared ISO 400 today and dive back into the fun of 35mm film photography!

I shot this film in a Olympus OM10, with a Cokin 89b filter, metered at ISO400 and allowed the camera to choose the shutter speed, by doing this I was losing around 4-5 stops of light.

The day I shot this was a bright sunny day which you really need for infrared, the area I was shooting did have a lot of tree cover and this did affect the way some of the images turned out.

When shot in bright light you get the classic infrared look with the glowing white leaves but under cover the effect isn't as pronounced, although you will still see some infrared.

This film can also be shot as a normal B&W film, so you can have the versatility of shooting infrared or straight B&W on the same roll. I found the straight B&W to look good with good looking tones across the image (Take a look at Eric the Punk image).

The price point on this film is also pretty good compared to other ISO400 films.

The film was developed in Rodinal for 10 minutes, the combination of this and ISO 400 does give some grain but nothing that I find unacceptable. 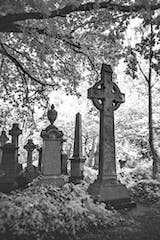 How do you describe a film like this?
Mental! Love it! Fun! Complex!

This is my second attempt with this film but love it. Some amazing and strange results. I think the strangest thing is in the portrait I did of my friend he had dark tints on his glasses and you can see right through. I was working with a Hoya R72 filter and you have no way to see focusing so I was taking the filter on and off. I developed the film in rodinal 1-25 for 7.5mins. (25ISO metering)

I will be ordering some more! 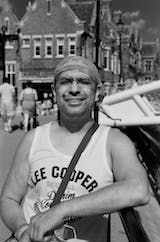 I had a roll of 35mm in my fridge for well over a year. Kept meaning to get an IR filter to try it but never got around to it but decided this week to get out there and give it a go.
I purchased a Zomei ir720 filter and tried it out on my Canon 5DmkIV. It gave interesting results but really long exposures so I matched these settings on my EOS 5...don't do that! You'll just get over-exposed shots. Luckily I only shot half a roll like this i then cut it off to develop and realised my mistake.
Had a good trip around Youtube for some tips and came away with a good base is f/16 and 1/8th sec. If you have a light meter set it to about ISO 3 to 6 and meter as normal. This solved things and gave me some much better results. I now have 2 rolls of 120 infrared so can't wait for a sunny day and get out there again with the RB67
Photos are on a cloudy day.

J
Jessica Goodwin
I love it.

First time using, and honestly? This film gives some of the most beautiful results I’ve ever seen on film. Shot with a 25A Red Filter attached on a cloudy, cold and rainy day with little splashes of sun here and there in late May. Strong contrast, moody and sharp with very little grain. I have ordered more infrared film to try out, but I look forward to when this comes back in stock so I can give it another go and see what I can get in warmer and brighter conditions.

I have only shot one roll of 35mm so far so early days to make a complete judgement. With an IR 720 filter was able to get a couple of acceptable shots by bracketing exposure, most shots were however were overexposed. I used some of the roll without a filter and was agreeable surprised. See shot of Gate. Developed in Ilfosol3 @1+4, 6 mins @ 23 degrees agitation 10 secs each minute. 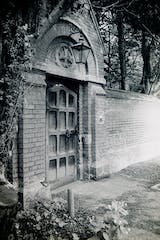