Creatively flexible - this is a medium format film that can be shot as normal black and white, transparency black and white, OR infrared (when paired with strong red filters)! So if you're not sure yet of your final vision but want options, this is the 120 emulsion for you.

To understand more about the details above you can check out our film guide or if you want some inspiration then head over to our page on choosing your next film. And if you want the full details about the film, including technical information, read about Rollei Superpan over on EMULSIVE.

When you buy your camera film from us we can ship it across the UK, Europe, USA, New Zealand, Australia and Canada (more countries planned soon!) So buy your Rollei Superpan Film 120 B&W ISO 200 today and dive back into the fun of 120 film photography!

I have been using Rollei's films for an infrared project that I am working on and have been blown away by the results I have been getting. I ordered some rolls of Super Pan to test and try as I have previously only used Rollei's 400S and dedicated IR film. Unfortunately for my application, I find Super Pan not up to the same standard as the previously mentioned film stocks. It still works well and is a good entry point into IR photography because of the price.

I feel this is to do with either the film base being different to 400S or the fact that I am just used to having a completely clear base now. It might even be a mix of the two.

When not doing IR I find the film to be pretty good. It is a high contrast film and is quite sharp, I like a grainy film but in Super Pan's case, I feel a bit off about it. It's a bit chunky and yet at the same time kinda speckled. It's a weird one, I'll shoot a few more rolls and see how I feel. 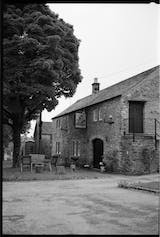 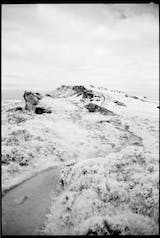 This is the second time I have used this film This time on a second Bronica S2a bought as needing repair . It needed two small screws. Exposed as per normal ISO 200 asa . F 8 at either 1/125 or 1/250. This time developed with Kodak HC110 dilution B 1:32 for 8.5 min. Slightly longer tan the 8 min recommended. Stop was an indicator stop bath and Fixed with Ilford fixer. Love the quality and detail that I obtained with this film. It is definitely a film I would use again in 120 and 35mm formats. 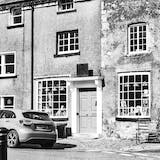 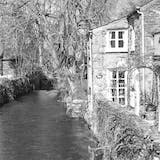 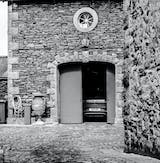 I was really surprised by how much you can get out of this film in different situations. From "soft" feeling dreamy images with natural light to really contrasty images using B&W filters. This flim really delivered and the sharpness and details is great. 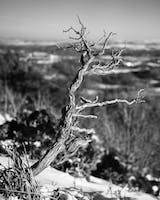 A great film I shot this on a Bronica S2a with a nikkor 200mm lens on a walk round cartmel. I was impressed with the negs as soon as they came out of the wash. They scanned in well and needed very little modification in lightroom. ( the modern alternartive to the dark room) 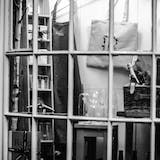 Brilliant results on this 120mm film, that I wasn't expecting much from but whoa what a nice character to them! This is an excellent stock even for a foggy day handhled shooting, can't wait to shoot more of it in the future in better light conditions. If you want pictures smooth like butter, Superpan200 is definitely worth trying! 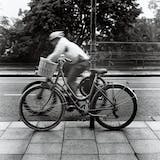