An unique high-speed B&W film, crafted by elves in Santa's workshop 🎅🏻 and available for UK retail for the first time EVER!

There are limited quantities (as the elves fit the production around their normal off-season work schedule) so if you enjoy high contrast, dramatic monochrome photography then please don't wait to pick up a roll or pack 😊

The 35mm singles will ship as individual canisters - but the 4-pack comes in a special wax paper gift package.

Please remember, that the Santa 1000 RAE emulsion is new outside the powers of the north! It is originally ment to be developed in special machines and with propietary chemistry at high heat. However with over 3000 rolls being already spread across the globe, many developing recipes for human chemistry have been tested by the community. Below are some of the best when rating the film at ISO 1000:

I adore Santa Rae film - I develop in Ilford DD-X and was pleasently surprised by how little grain I got. Just beautiful images 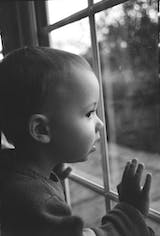 This film can handle a lot of differing light situations and it is possible to alter your iso on the roll without having to do too much messing about with development.

I managed to get some of the first batch of Santa 1000 from my friend the Rogue Analogue Elf to try it. I was not disappointed! This film can handle a lot of differing light situations and it is possible to alter your iso on the roll without having to do too much messing about with development. There are a few tried and trusted developers including my personal faves HC-110 and Rodinal that work well with this film. Stand Developing is a great choice if you have been playing with iso to match the lighting, but there are quite a few combinations of developers and times on the Santa 1000 website and the Massive Dev Chart to choose from. The only downside is the film has a very thin base layer which can make it tricky to load onto your reels if you do home developing. Take care with it and you will have some great images that ooze contrast. 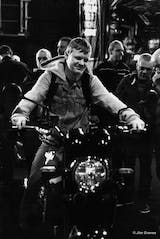