An adapted cinema film (Kodak Double-X), this new film from Silberra was originally created for movies. It can be pushed all the way to ISO 6400 and pulled back as far as ISO 6 while still delivering good results, although we find that the best images are produced at its 'native' 250. A high quality and flexible B&W film for creating dramatic photographs.

Note that there is no remjet layer so this film can be processed and developed by your normal B&W lab without issue.

To understand more about the details above you can check out our film guide or if you want some inspiration then head over to our page on choosing your next film. And if you want the full details about the film, including technical information, read about Silberra 52XX over on EMULSIVE.

When you buy your camera film from us we can ship it across the UK, Europe, USA, New Zealand, Australia and Canada (more countries planned soon!) So buy your Silberra Ultima 200 Film 35mm B&W ISO 200 today and dive back into the fun of 35mm film photography!

Great film with a wonderful look and tones, good contrast with less grain compared to hp5 or trix. Pusehd with no problem up to 400 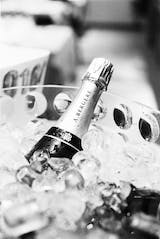 Oh but this is glorious. Like Cinestill BWxx, Silberra 52XX is basically Eastman Kodak Double-X 5222 cine film spooled into 35mm canisters. I've shot two rolls, one at 250 ISO and developed for 10 mins, and the other at 500 ISO and developed for 13 mins, both in D-76 1+1 at 20°C. (I mention this because Massive Dev Chart only has times for up to ISO 400 and that too only in D-76 stock, but I made an educated guess and got good results).

I shot most of my two rolls at Extinction Rebellion actions in London, and the photos (see samples) have a wonderful, gritty look – contrasty (which was helpful since the weather was cloudy) and not as grainy as Tri-X (which is sometimes a bit too grainy for my liking). I also shot a few portraits of friends which have a dramatic, film-noirish look (again, see samples).

Kodak apparently has made no significant changes to the film stock since the early 1960s, in order to 'maintain the look of "classic" B&W film that our customers have expressed a desire for'. The flip side is that the film has less latitude (and therefore lower margin for error) than Tri-X or HP5. The upside (and what an upside) is that if you get it right, you can channel the magic of classic Hollywood movies like Raging Bull and Schindler's List which were all shot on Eastman Kodak Double-X.

While I am clearly in love with Double-X, I'd give Silberra 52XX 4 stars because (a) the essentially identical Cinestill BWxx is £1 cheaper (I bought Silberra because of the packaging), and (b) the canisters are plastic which I found harder to prise open in the darkroom compared to the usual metal ones. 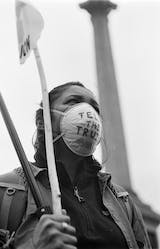