90 Years in the Life of a Voigtlander 129 Film Camera

I first 'met' Chris Kraushar via an email exchange in July last year - with a question about resurrecting the very-rare 129 film format. After several ideas and tests we landed on the theory that 127 film plus a small homemade spacer might allow him to use his family's Voigtlander 129 film camera once more.

He very kindly got in touch recently and offered to write up the full experience for anyone else looking to bring back-to-life a 129 film camera - including some background on the camera's history! Enjoy :-) - Paul

In 1929 this beautiful Voigtlander folding bellows camera, with a Skopar 1:4.5 lens and Compur shutter to 1/300 second (plus Bulb and Time settings) was bought by Polish lawyer, Kazimierz Kraushar.

The photograph of his older son, Peter, taken in about 1936, illustrates the quality of the camera in its heyday. 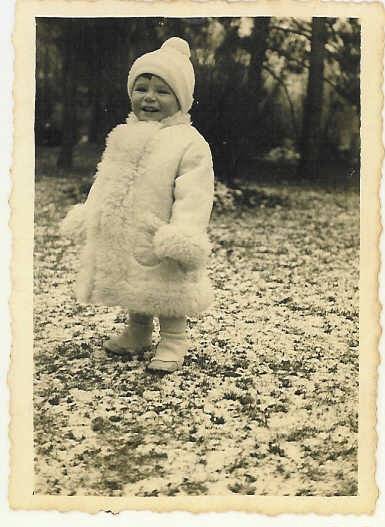 In 1939 the Kraushar family escaped from Poland with the minimum of possessions, among which the camera was included. The journey, via Romania, Italy and Switzerland was intended to reach England, but was interrupted in February 1940 by the birth of his second son, Chris, in Milan. There followed years of hiding in the Tuscan countryside, in Florence, and then joining the 2nd Polish Corps of the Eighth Army, the liberation of Florence and Bologna and return to Milan. Where the family went, the camera went, but the scarcity of film limited its record.

In 1946/47 the family and camera finally made it to England. The Voigtlander continued to render faithful service for another ten years, by which time it was increasingly difficult to obtain roll film to fit. 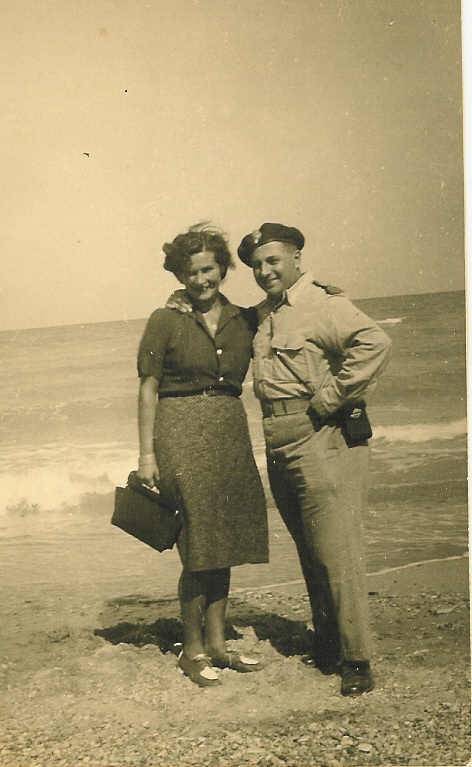 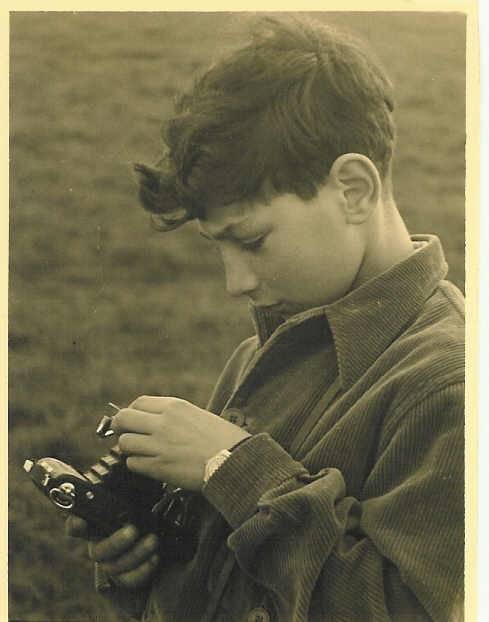 Eventually 35mm film and then digital photography took over, but the camera remained a treasured possession of Chris.

Wind on another 70 years, and Chris’s granddaughter Alice became a passionate photographer, among other activities taking professional photographs of music groups. With retro becoming fashionable, some of these groups wanted their photos taken on film, which resulted in 2019 in the dear old Voigtlander being offered on loan to Alice.

The shutter, slide and bellows still worked perfectly, but what to do about the non-availability of film? Fortunately the take-up spool was still in place, and after much research we were able to identify the film size as 129, but try as we might we drew a blank in sourcing any 129 film or additional spools. 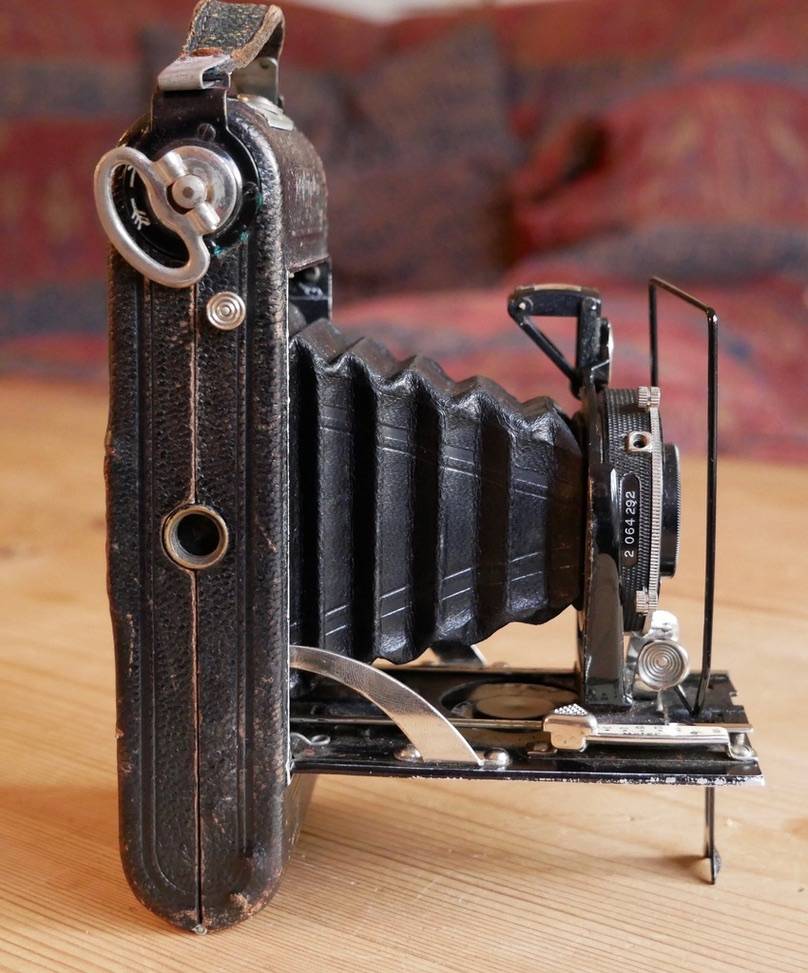 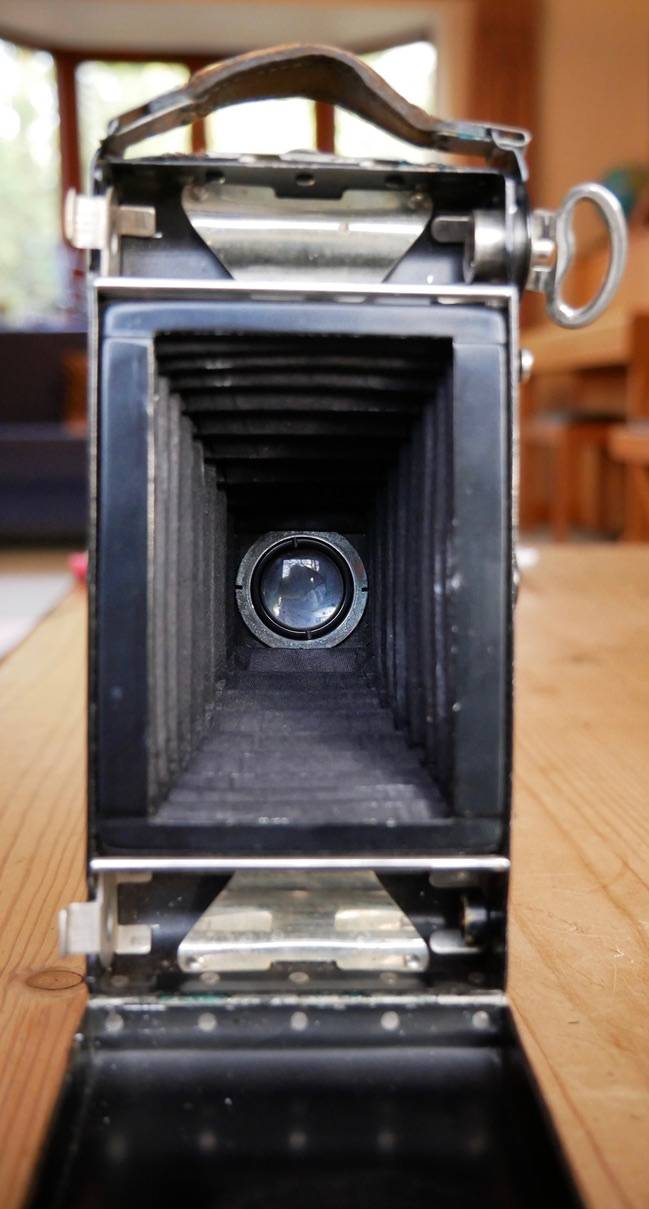 A chart of spool sizes showed that the nearest option was 127 film, which is still obtainable from specialist sources such as Analogue Wonderland. But would it work? Reluctant to risk a new film, we managed to obtain two rolls of exposed 127 film with which to experiment. Eureka! The 127 roll slipped in but was fractionally too short to engage and wind smoothly. A couple of thin plastic washers to act as shims at each end, with a small spigot to lengthen the spool in order to engage in the camera, and the winding mechanism worked fine, with the film engaging well in the take-up spool. 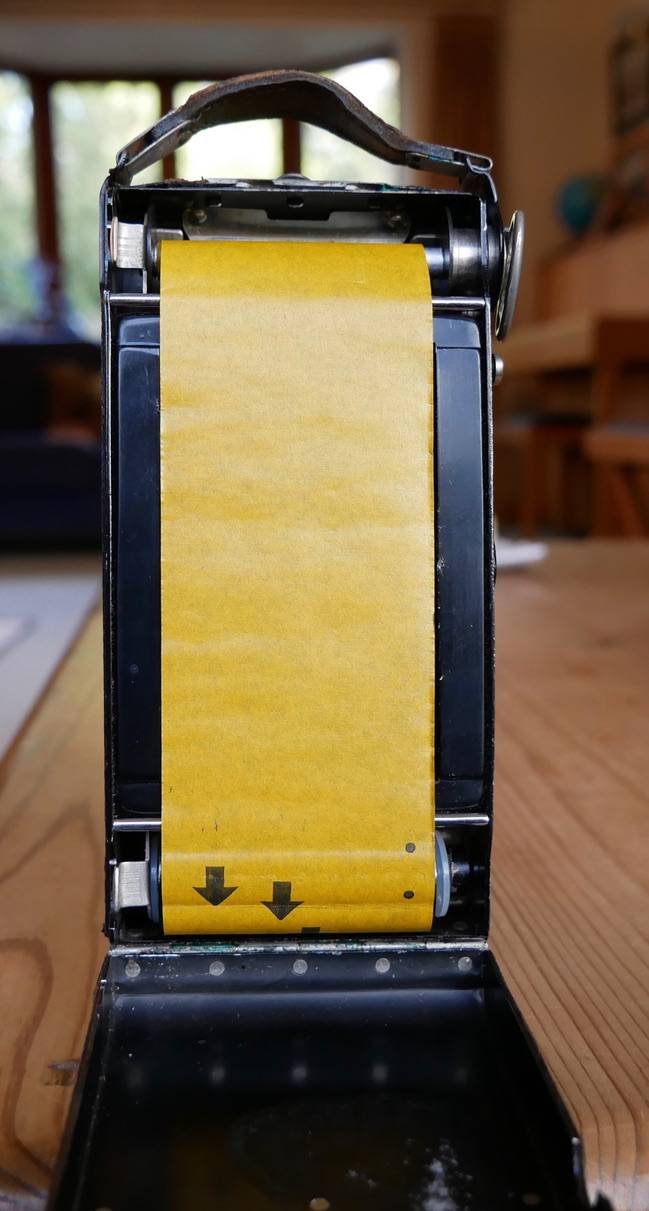 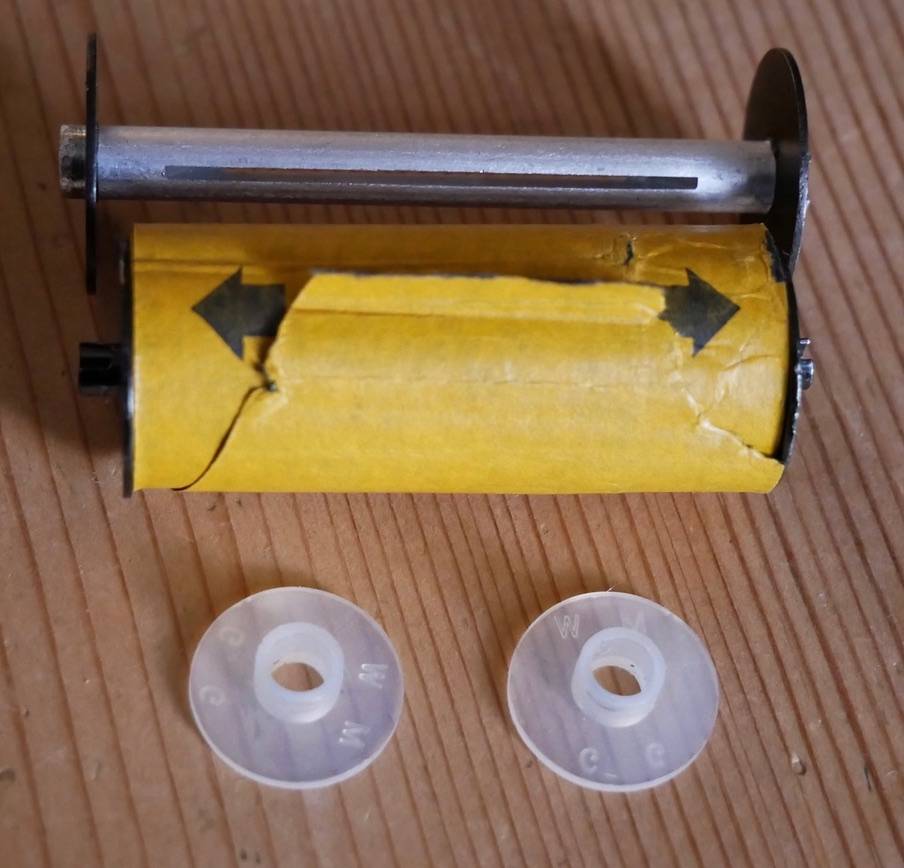 The 127 frame width is a quarter of an inch less than the 129, but that should not be a problem. Rather trickier, the 129 frame length of 3 inches is longer than the 127 2.5 inches, so allowance will need to be made when winding on for each frame to pass the 127 numbers by an increasing amount for each shot.

The next step was to buy a new 127 film from Analogue Wonderland and test whether the optics are still up to the task and the bellows are reasonably free of pinpricks.

The photograph of Alice in March 2020 (below) shows no pinpricks and excellent quality for a camera over 90 years old and out of use for 60 years. 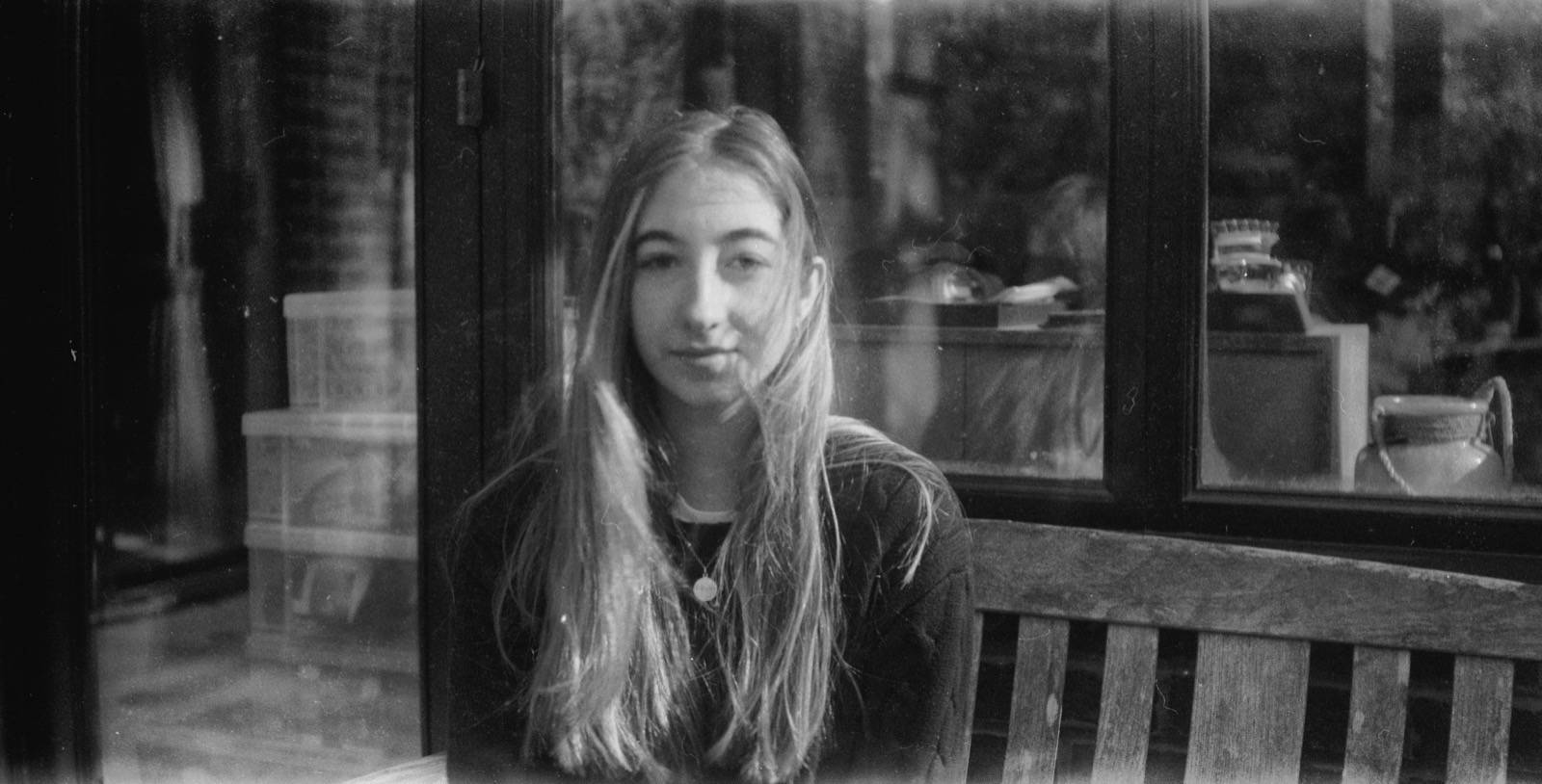