An affordable film that delivers high-quality colour renditions and moderate grain, Fujifilm C200 is forgiving with highlights and known for providing reliable results across different lighting situations. Forget the iPhone’s Portrait mode, Fujifilm C200 is what you need to capture amazing portraits.

To understand more about the details above you can check out our film guide or if you want some inspiration then head over to our page on choosing your next film. And if you want the full details about the film, including technical information, read about Fuji C200 over on EMULSIVE.

When you buy your camera film from us we can ship it across the UK, Europe, USA, New Zealand, Australia and Canada (more countries planned soon!) So buy your Fuji C200 Film 35mm Colour ISO 200 today and dive back into the fun of 35mm film photography!

this is such a brilliant bang for your buck!
if your a serious 35 shooter and do your own scans i promise this wont disappoint with a bit of elbow grease and good work in post this can be up there with pro400h without the extremely prohibitive cost!
and if your more of a point and shoot 35mm shooter like me this is a great stock, dirt cheap, great latitude and beautful popping results with a nostalgic feel when shot on simple and lofi glass! 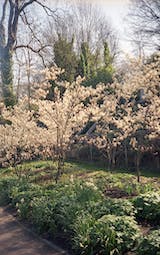 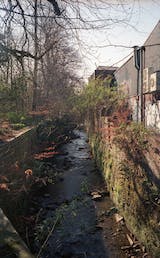 H
H.J.R.
Perfect for: Great All-Rounder, Beginners, Travel
Excellent for price and use as camera tester

C200 is usually one of the two options available at my local Boots, of which costs more than buying on here. This film is cheap and flexible considering the ISO, the colours are what you'd expect from Fuji and that is either an advantage or disadvantage depending on your colour preferences, personally I love the green and pink tones they deliver. I would certainly recommend this film for beginners or for if you need to test out a camera.

I always make sure that I have about 10 rolls of Fujicolor stockpiled at all times because it is SO reliable and always gives me the most amazing results no matter what I am shooting. The colours are always beautifully rich and true to life, and I have never known a film under £10 to provide so much detail. The film is so forgiving. There's nothing it cannot shoot and make beautiful

J
J.C.
Perfect for: Great All-Rounder, Beginners, Street Photography, Travel, Studio work
It is what it is

To keep this short, efficient, slightly magenta and unromantic, that's my review of Fujifilm's C200. If only it were that simple. C200 is a mixed bag. It does a lot of things well but nothing brilliantly other than being easy on the old bank account.

I started off shooting a LOT of Fujifilm's Xtra400. And as, way back when, we used a Fujifilm SP2000 lab scanner, the colour were often great, punchy and well saturated and the same can be said for C200 too! But when your print size and needs for higher dynamic range increases, this film doesn't hide so well. It's perfectly suitable for day to day and does a pretty good job I always find the colour reproduction a little off in the shadows. Fujifilm was my go-to manufacturer for a long time but I now find Kodak Colour Plus 200 to be my golden gem in the world of cheap film. Better colours, often cheaper and just a better performer. That being said, C200 has a unique look to it and might be the answer to a lot of people's wants, hopes and desires. Hell, most peoples, but maybe just not mine.

4/5 stars, would date for a while but would probably ditch if something better came along for the same or less money.

C200 is my go to everyday film (not that I can afford to shoot everyday). It's colors always surprise me and it gives you that vintage imperfect look that makes film so appealing. I defiantly recommend :P 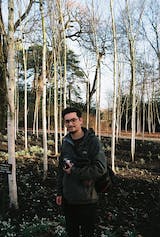 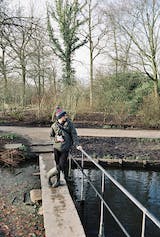