The sweetest film in the Dubble range, launched specially for their 1st birthday celebrations! Pre-exposed with gorgeous bright colours from all over the rainbow - you will get reds, blues, yellow, orange and even some green popping out of your final image. A fantastic party film, shaken not stirred.

Despite its psychedelic persona this film should be developed in standard C-41 chemicals so it remains easy for your normal lab to process.

When you buy your camera film from us we can ship it across the UK, Europe, USA, New Zealand, Australia and Canada (more countries planned soon!) So buy your Dubble Jelly Film 35mm Colour ISO 200 today and dive back into the fun of 35mm film photography!

I was so excited to use this film and to be honest I’m a bit gutted with how my ictires came out. I got 2 awesome photos but the rest the filter was so overwhelming you can’t see anything. I’ll try the others but won’t be ordering this again. I can imagine somewhere sunny and bright would be more suitable than gloomy England. 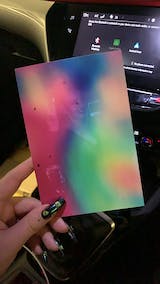 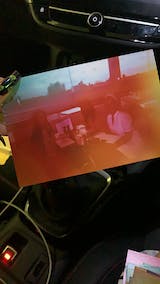 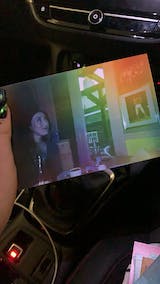 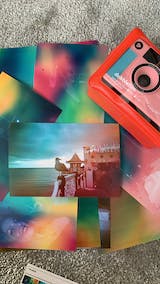 I love how every photo comes out slightest different, the outdoor photos are wonderful and this film work well in low light also.

A
A.
Perfect for: Landscapes, Creative/Abstract, Travel
Funky

Its a novelty film, but its still fun and creative. As is a relatively common practice with film, I would say meter for the shadows (avoid night usage) as the results aren't great. However! It produces some funky images and I would suggest put it in a Point-n-Shoot camera and take it out on an adventure with friends. It wont be everyone's cup of tea, but play around, get creative, the results you don't expect are the best ones.

M
M.
Perfect for: Landscapes, Creative/Abstract, Travel
I am in love with this film

I’m sure I’ve written a review of this film before but I love it so much I’m writing another one. Everything I take with this looks magical - sometimes the colour shifts are subtle, sometimes they’re bright and bold, and every photo looks like you’ve stepped into another realm. It’s my absolute favourite to take on holiday - and these shots were taken on a trip back to where I grew up, so the colours have made the nostalgia of childhood feel real and tangible. Gorgeous.

I enjoyed the effect the film had when it worked. a few of my frames came out without the effects on but as the original film was still good they were still usable photos. it compansatted for this by giving me 40 shots in total so this cancelled out the shots I lost. Might try again but I think I would try some other varieties to find the right colours for where I'm going. 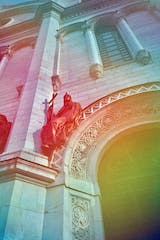