Classic in name and classic in results, your photos will have high resolution, fine grain even in 35mm, and the timeless black and white look. Rated at ISO 100 it is perfect for good detail in sunlight and bright conditions.

When you buy your camera film from us we can ship it across the UK, Europe, USA, New Zealand, Australia and Canada (more countries planned soon!) So buy your Foma Classic Film 35mm B&W ISO 100 today and dive back into the fun of 35mm film photography!

This is a lovely, low contrast film, ideally suited for anything with lots of detail such as architecture. I underexposed it 1 stop and developed it in ID-11 for really fine grain. One of the nicest films i've used and the price is superb. Its a great beginners film. 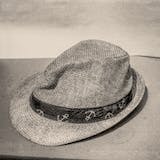 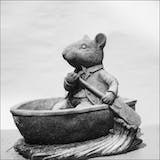 Cheap stock with good results, my go to for black and white as it is so cheap.

Just dont forgot to presoak (at least with Ilfosl3 dev) or else disappointment will follow. 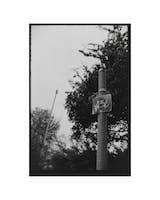 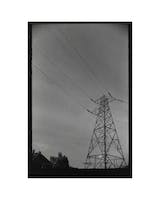 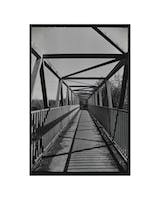 With the lockdown in Spring 2020 came a spell of glorious sunshine that was ideal to shoot Fomapan 100. I hadn't used the film before and was impressed enough with it to order some more. Film photography can be an expensive hobby, but Foma has made a great 100 speed film that is very beginner friendly. If you dont quite get your exposure right or you accidentally shoot it at the wrong speed, Fomapan 100 will still give you images you will be pleasantly surprised with. Give it a try 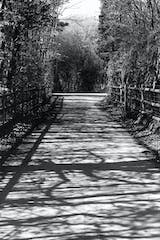 J
J.C.
Perfect for: Great All-Rounder, Portraits, Street Photography, Architecture, Travel
It's a GREAT budget choice - but has its caveats!

I won't lie - I shoot a fair amount of expensive film through world class lenses. All I have read and heard about Fomapan's films from respected peers it that is sucks.

Well, I have some good news for people on a budget - it DOESN'T SUCK!

Firstly the bad bits, so we can get that out of the way: The emulsion is fragile. So fragile that simply loading the film into the camera, with great care and diligence, scratched the emulsion right off the film base! This didn't bode well in my mind and I shot the roll with great trepidation. A real "man I hope this shot actually comes out". When I'd shot the film, I rewound it, got home and developed it the second I got through the door (after anti-baccing everything, oh the times we live in!). It was way easier than others have said to load it. Yes it's a very thin base, and if you're not used to loading film onto a spiral, practice first, but I had no issues at all. But that's all the bad.

The good bits, and there are MANY: The results were far, far above what I expected. If you hear people complaining about high grain and too much contrast, then please, rethink your developer and processing choices. Seriously, this is a smooth (low grain) film if handled correctly. I developed in Perceptol 1+3 for 15 minutes at 20c - Perceptol is a grain reducing (ultra fine grain developer) so that helps! I also shot it through a genuinely decent lens (Summicron 50/2 v4) and that also helps. The contrast is beautiful and not at all too high. The grain is very low, and produces wonderfully sharp images, with no issues there either.

In conclusion, this film only sucks if you, your gear or your chemistry is at fault. Simple as that. If you're shooting through a £3 lens and develop in Microphen you'll get exactly what is expected, and if you like that look, then by all means go for it! The example images were included to show off the contrast and resolution (in the case of the flowers, arbitrary so I do apologise).

Overall 4/5 stars, a cheap date that you wouldn't take home to your mother to show off, but then that's not what this date was about. 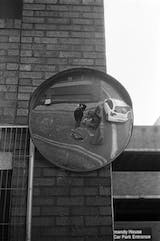 Fine grain, high contrast, and good dynamic range. Very moody looking, especially in darker photos. It seems to handle underexposure better than overexposure, which is strange, but means you can get good results in lower light than you might think with 100 ISO