A fantastic 35mm slide film that is a better portrait emulsion than the ISO 50 variant due to the slightly subtler saturation and contrast. However landscape, street and wildlife photography will still glow with vivid colours and beautiful shades! A fantastic holiday film for people who love slide.

To understand more about the details above you can check out our film guide or if you want some inspiration then head over to our page on choosing your next film. And if you want the full details about the film, including technical information, read about Fuji Velvia over on EMULSIVE.

When you buy your camera film from us we can ship it across the UK, Europe, USA, New Zealand, Australia and Canada (more countries planned soon!) So buy your Fuji Velvia Film 35mm Colour ISO 100 today and dive back into the fun of 35mm film photography!

This film renders colours beautifully. Images come out looking 'true to life' yet also have that iconic, film look that everyone loves. My only complaint with colour reproduction would be that some images have an orange hue and others have overly vibrant greens. However, if you use digital post processing, it's nothing that can't be amended. The low ISO of this film means images come out beautifully sharp with little grain which I really like.
My dislike with this film is with the Dynamic Range. It's known that slide film doesn't cope as well as negative film in harsh light, but my god, Velvia 100 cannot cope at all! Because of this sadly, a lot of my images on that roll of Velvia are useless, despite my best efforts in post to salvage them. Some may say that I should have shot differently or that it's a known thing with slide films, but I was expecting some forgiveness. When an image works (which little of mine did !), I can see this film being great, but it's simply too expensive to experiment with. I therefore won't be coming back to Velvia 100 unless (A) my confidence in film photography improves and/or (B) I have a set subject which I am certain will work well with Velvia 100.

It was probably shot on a Nikon F301 which I loved at the time. A basic autofocus camera that produced good results. Metering would have been in camera The colours are great and the opportunity to revisit the slides and adjust in Lightroom is an added bonus. This was always considered a professionals film and justifies the current price. Get the exposure right and it will serve you well 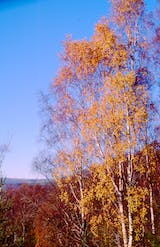 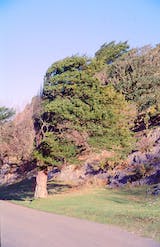 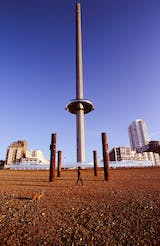 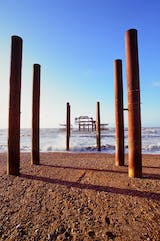 High Contrast high saturation the hallmark of all slide, chrome ,or colour reversal films.
This is also good for 8 mins of long exposure too with minor adjustments or corrections in PS.
I couldn’t choose which long exposure to upload so tinkered with frame 29 and got carried away.
I shot this roll about the same time as the Acros 100 ii review but this roll was sourced elsewhere nearly 5 years ago and been in the freezer for 4 ½ . You can mark it down for not being the cheapest but for saturation is a solid 5 stars all the way. Please forgive my poor attempts of a vertical loope table coupled with shoddy mobile phone camera work.

For beginners err not really as there are other slide films that will do the same for less and of course Portra 400 with a greater margin for error in terms of exposure would be a better bet. A sound investment err yes my roll went in the freezer £12 in 2015 and came out worth £22 in 2020! Still a great film but Ektachrome E100 in terms of reviews has Velvia 100 pinned against the ropes. Will Fuji Velvia 100 enact the rope-a dope philosophy or fall through the ropes.......? Only time and sales will provide the answer.