A great starter-film for people trying 35mm film photography for the first time. The soft backing allows for easy scanning, the images will have medium contrast and fine grain, and its mid-speed rating means it can be used in a variety of lighting situations.

To understand more about the details above you can check out our film guide or if you want some inspiration then head over to our page on choosing your next film. And if you want the full details about the film, including technical information, read about Kentmere 400 over on EMULSIVE.

Kentmere was a small black-and-white film manufacturer based in the Lake District for many years. It was acquired by Ilford's parent company in 2007, who consolidated production in their Mobberley plant. The brand exists as a more-affordable alternative to Ilford, with the same quality and consistency of production but with savings made in the emulsion chemicals.

When you buy your camera film from us we can ship it across the UK, Europe, USA, New Zealand, Australia and Canada (more countries planned soon!) So buy your Kentmere 400 Film 35mm B&W ISO 400 today and dive back into the fun of 35mm film photography!

I bought this film as it was recommended for beginners, i didn’t expect much as it is as cheap as it can get but I’m very pleased with the result I would buy again 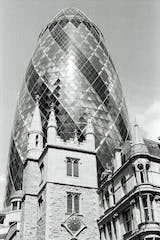 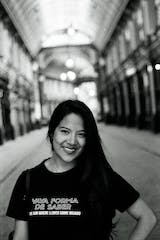 This was the fist film I used when I decided to get back into analogue photography. It is a cheap film that acts as a gateway to this wonderful world that is film.

Although it is not the sharpest out there, for the price you can't go wrong. Details are decent enough and the grain is surprisingly good, contrast is nice but nothing special.

In my opinion this film gets best results in bright light and when you slightly over expose it. Even though it is not as forgiving as some other films, this is a good place to start especially if this is something you are just wanting to try out. 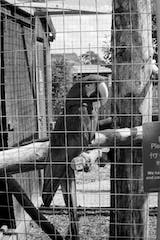 I bought Kentmere 400 to test camera bodies and to practice with as I'm still relatively new to film and I'm still getting used to the quirks of my cameras.

I've found that Kentmere 400 is a bit less forgiving than, say, HP5: if you take a snapshot, it will probably come out looking like a snapshot. Put a bit more effort in though, and you can definitely get good results: the film probably won't be the decisive factor that's holding you back. That's a good thing, it make you think about what you're doing.

I have been meaning to try Kentmere film for absolutely ages.
I have read blogs and reviews where people have sung it’s praises comparing it to my beloved ilford HP5 at a bargain price.
I shot it ar box speed in my Nikon F100 andI processed it in ilfotecHC 1+15 dilution for 4 minutes 30 seconds as per massive dev app times and scanned with my old Epson v500.
The results were great I was very happy with how the film performed.
There was plenty of detail with pretty nice grain and the tonal range was very pleasing.
It is a great all rounder especially at the price ... recommended

Good black and white film for beginners. Not super sharp but gave a good contrast. 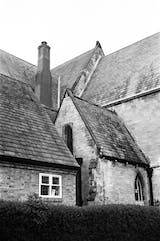