Portra is one of the best colour films ever seen - with very fine grain, high saturation and low contrast - and in large format this emulsion performs at its peak. Portra 160 film in 4x5 will make children look angelic, your friends look beautiful, and often captures the mood of a situation more truthfully than you realised would be possible. Timeless images from a timeless film.

To understand more about the details above you can check out our film guide or if you want some inspiration then head over to our page on choosing your next film. And if you want the full details about the film, including technical information, read about Kodak Portra over on EMULSIVE.

When you buy your camera film from us we can ship it across the UK, Europe, USA, New Zealand, Australia and Canada (more countries planned soon!) So buy your Kodak Portra 160 Film 4x5 Colour ISO 160 today and dive back into the fun of 4x5 film photography! 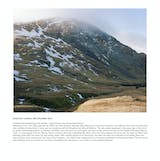 results as expected from a well respected film

A
A.
Perfect for: Portraits, Landscapes, Architecture, Creative/Abstract, Studio work
+++++