The workhorse in the Lomography stable - this 35mm film is versatile enough to be used in most conditions, from dusk til dawn. As it's a multipack you get the savings built in, over 100 shots in all so its easy to stock up for a full day's adventures!

When you buy your camera film from us we can ship it across the UK, Europe, USA, New Zealand, Australia and Canada (more countries planned soon!) So buy your Lomography Colour Negative Film 35mm Colour ISO 400 3-pack today and dive back into the fun of 35mm film photography!

I love the colours you can get from this film when it is sunny. The Blues are my favourite.

Having previously used Lomo 100 speed which is a great film in the right lighting I was concerned about going for a film that is two stops faster as growing up in the 1980's 400 was known for being grainy even at small sizes, thankfully things have moved on a lot since then and after reading lot's of reviews as well as looking at samples taken with non lomo cameras a box of 3 was purchased and a test roll put through my new to me Canon T70.

There are same shots attached to this review and they have blown me away with how smooth and detailed they are even in winter light. Just had a 18x12" printed from one of my favourite pictures taken on this film, very little grain and reasonably sharp despite the shot being taken in a dark interior.

Performs well for the price, a 3 pack is excellent value

I have used Lomo CN 400 in quite a few different cameras now. Every time I have got really good colours without the excessive contrast you can see in Superia, for example, and with minimal digital editing needed. When I’ve posted shots online, the colours have been compared to Portra 400. I can see where those comments are coming from but personally I think Portra is a slightly colder/bluer film. Anyway, for the price, you can’t really go wrong with this one! 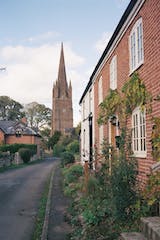 An excellent film, and value for money. I will definitely be back for more. 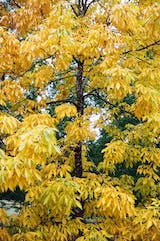