Silberra Pan 160 35mm film is a panochromatic black and white film with special anti-curl layer and an emulsion that is renowned for maintaining high detail through the full tonal range.

Pan 160 is a sharp film with strong contrast so it will deliver high impact final results. Optimal in natural light, and with increased sensitivity in near-infrared spectrum that gives landscapes an extra glow. This makes it particularly good for scenes with lots of sunshine - a wonderful summer film.

To understand more about the details above you can check out our film guide or if you want some inspiration then head over to our page on choosing your next film. And if you want the full details about the film, including technical information, read about Silberra Pan 160 over on EMULSIVE.

When you buy your camera film from us we can ship it across the UK, Europe, USA, New Zealand, Australia and Canada (more countries planned soon!) So buy your Silberra Ultima 100 Film 35mm B&W ISO 100 today and dive back into the fun of 35mm film photography!

I picked this up because Ultima 160 was out of stock and I hoped this might have a little bit of the same qualities.

It's a competent film in its own right but doesn't quite have that edge which made me love the Ultima. Yes, it's more forgiving to shoot and a LOT easier to handle than it's sister, but doesn't really stand out from the crowd. And, slightly unusual speed rating aside, the "medium speed pan" segment IS a crowd!

Probably won't be shooting this again (after the couple of rolls I still have) simply because you can get similar results from Kentmere or Ilford at a lower price.

Shot in a Canon EOS5 and developed in ID11 stock. 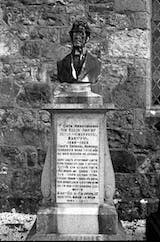 I've not used any of the Silberra films before - partly because I wasn't sure what they could do for me that I couldn't already get from the likes of Ilford. But I was pleasantly surprised by this film. Has nice tonality and detail. A little bit grainy for a slowish film but not unpleasantly so. I'd recommend grabbing a roll of this if you haven't tried it already.

Just wasn't as much of a fan of this as the Pan 160. Maybe it was me but I just found my results much more consistent with that emulsion than this one. Don't get me wrong when it worked it worked but when it didd't, well it just didn't. Not one I'd shoot again. 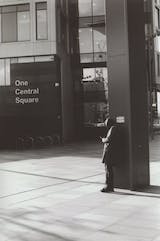 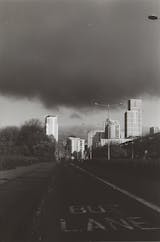