What is Redscale Film?

Lomography Redscale is a colour negative film, but you will also notice on the packaging that it says Redscale everywhere. So what does this mean? Well Redscale film is a colour negative film, but a film that has been loaded "upside-down". For those who have been shooting film for a while, you will know that there are two sides to a negative- one side that is shiny and plasticky, and the other side that has more of a matte finish (see the images below). The matte is the side with the photographic emulsion on. As soon as you pick up a roll of Redscale you will notice it doesn't feel quite 'right' and that is because it is loaded with the matte side and shiny side the opposite way around, and that is what makes it a Redscale film.

With a regular colour negative or black and white film you shoot directly onto the emulsion (the matt side), however with Redscale it is loaded upside down so you effectively expose your film through the back of the negative. You still load your camera the same way, but the light passes through the plastic backing instead and gets captured by the emulsion as usual, but backwards. What does this mean? Firstly, the film will have a lower ISO than normal because the light has to travel through the plastic and some of that light gets absorbed. And secondly, the colour characteristics of the backing (most colour negatives have a reddish-orange tint) effect the colours of your photographs, giving them a beautiful red tone and finish that vary depending on the intensity of light and ISO you shoot the film at. 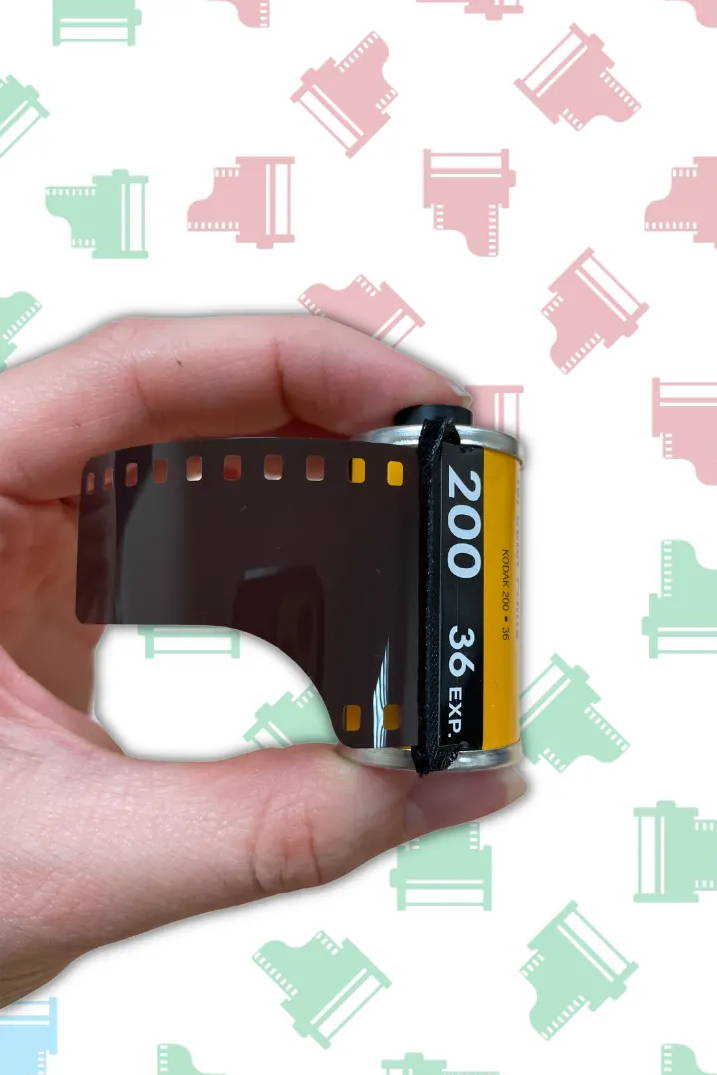 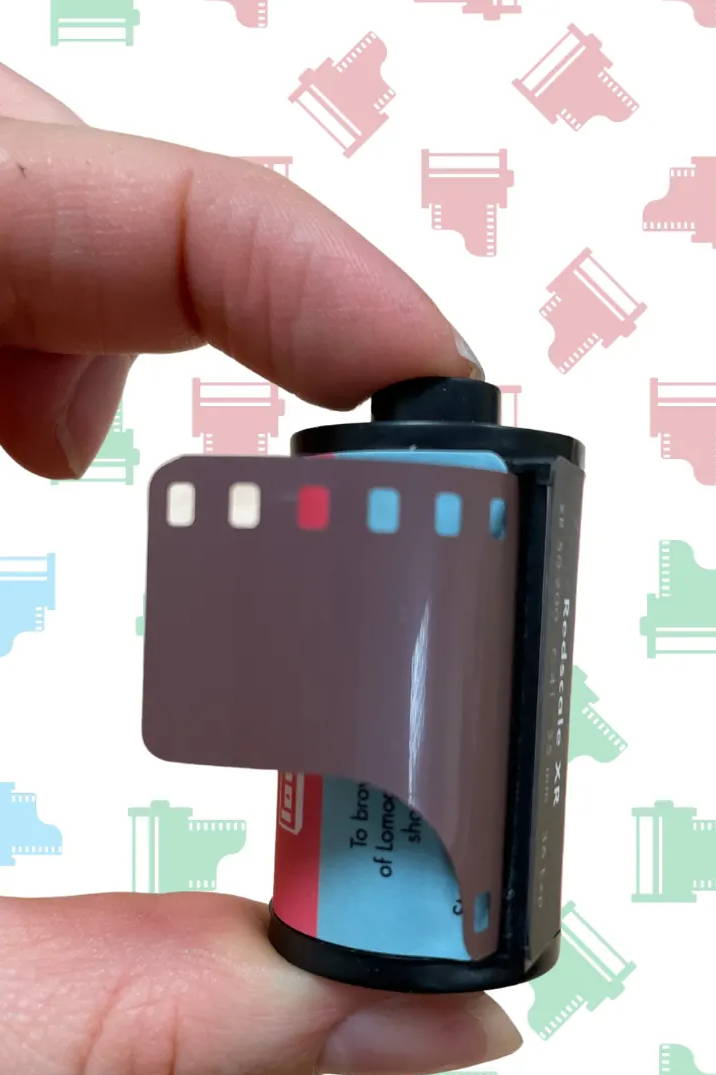 On the left an ordinary colour negative film (colour plus) and on the right Lomography Redscale. Notice how the film on the left has a much shinier surface whereas the Lomography film appears more matte because it is loaded upside-down. 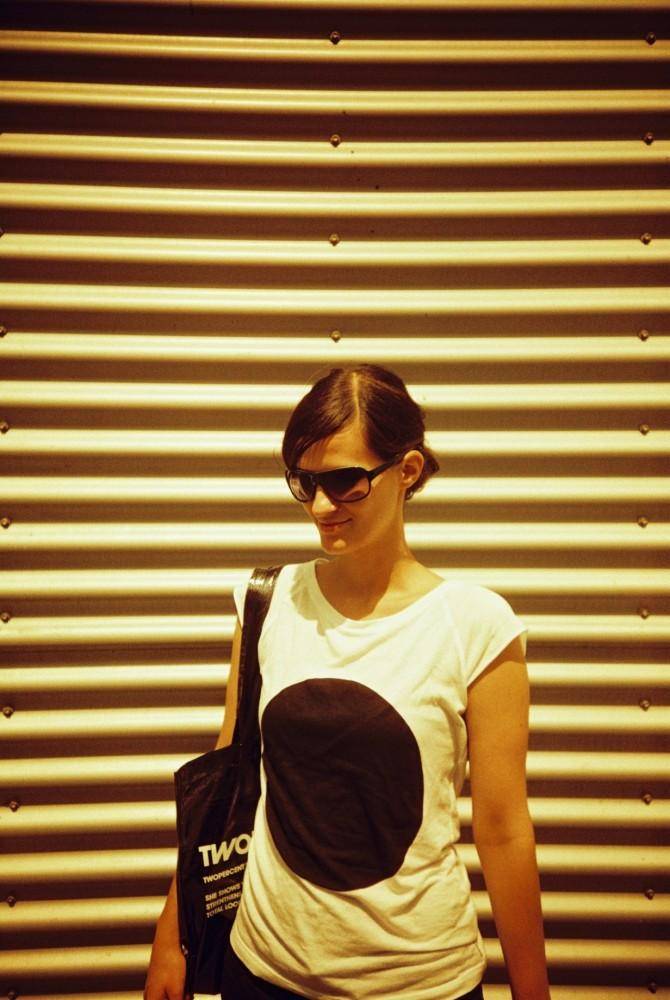 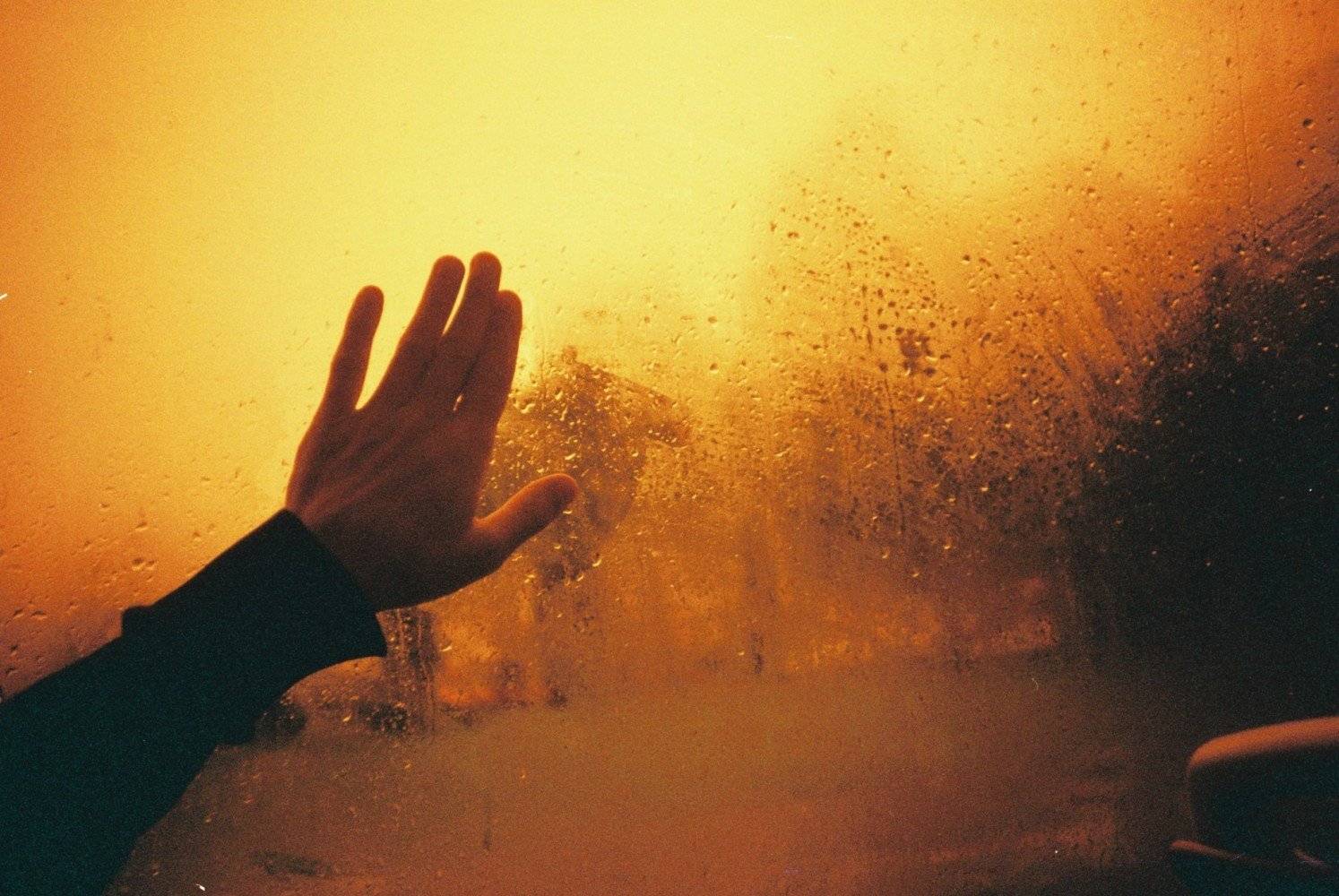 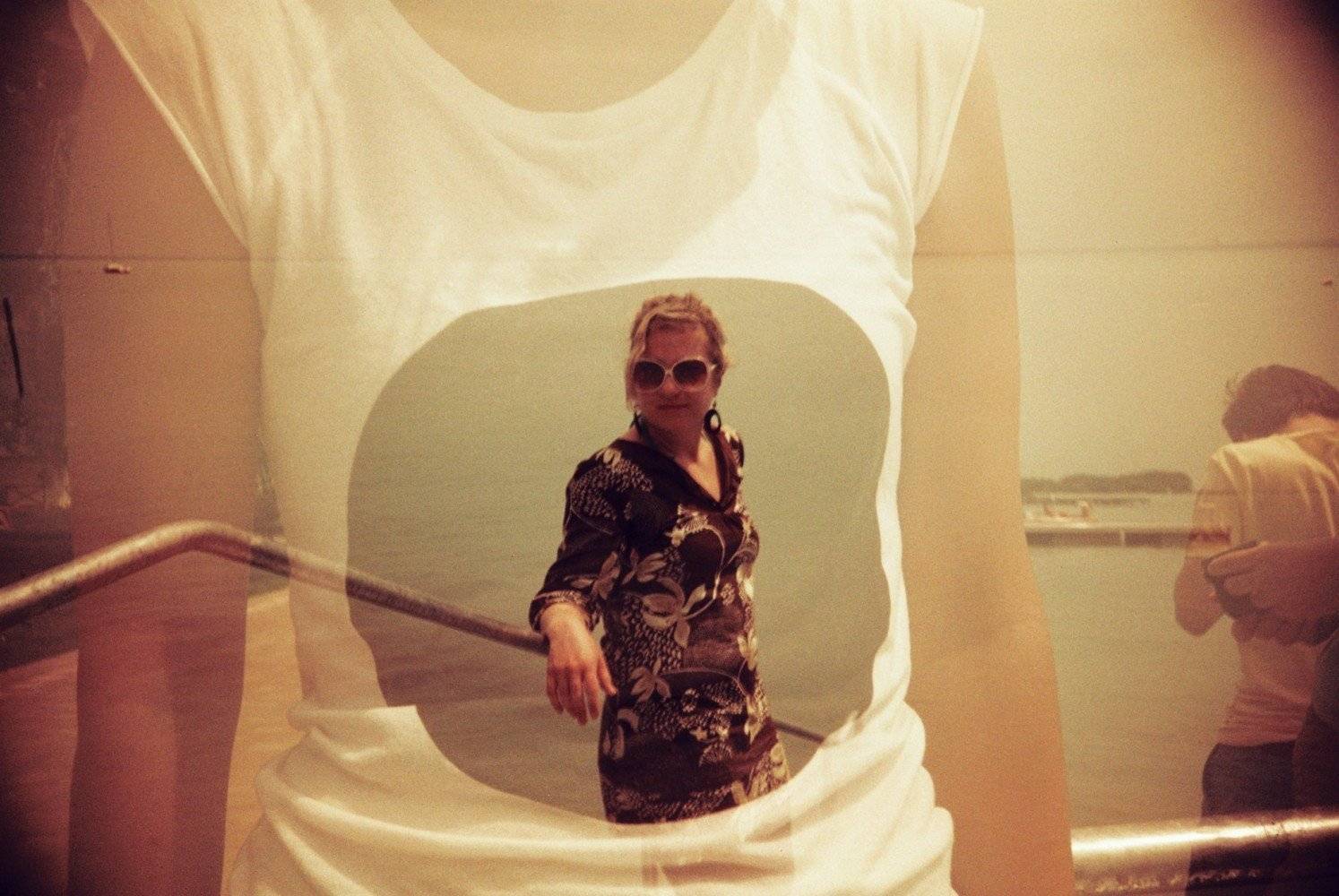 Why does Lomography Redscale have an ISO range?

Lomography Redscale is rated ISO 50-200, if this film was the 'normal' way around it would probably be an ISO 400 film. You can vary the intensity of the Redscale effect with the amount of light you use to exposure your photographs, hence why Lomography Redscale has an ISO range to choose from. If you shoot it at ISO 50 you're forcing a lot more light through the plastic, and will downgrade the intensity of the Redscale effect. Whereas if you shoot it at ISO 200 then less light will come through the plastic and you will amplify the effect of the red tones.

Starting at ISO 100 is what we would recommend. It is a good mid point to see how the Redscale effect works. This way you will get a lovely mix of some defined red, orange, yellow tones but it won't be too overpowering, and then you can play with the ISO from there and see what effect you like best. This film has no DX-coding, so if you're feeling a bit more experimental, switch it up as you shoot!

This is of course assuming that you expose all the film in the same way- no pushing and pulling involved here. On the same roll of film, expose at different ISOs and you will see different levels of intensity across the whole negative. Experiment with the ISO rating across the whole 36 exposures and see what effect you like best. 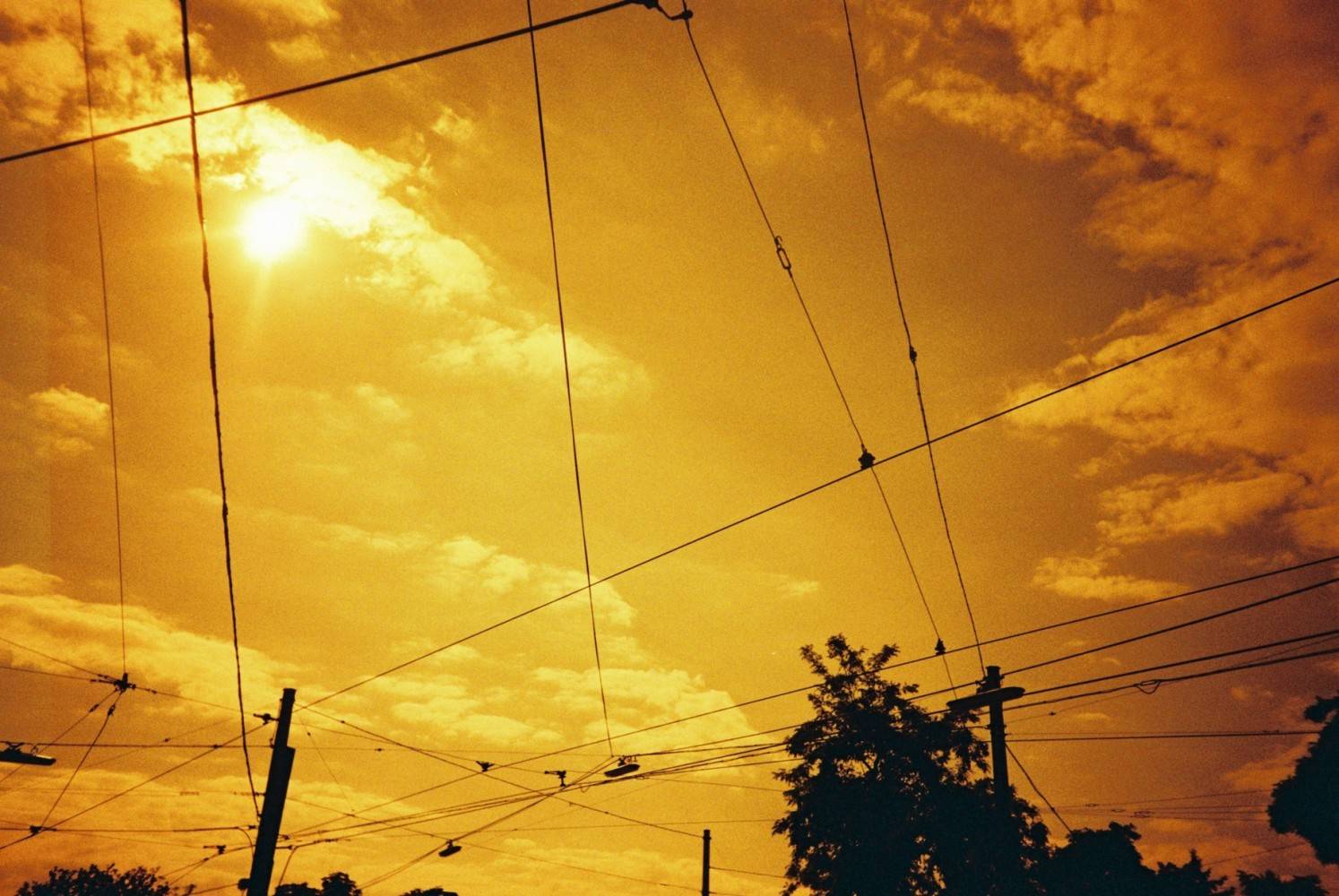 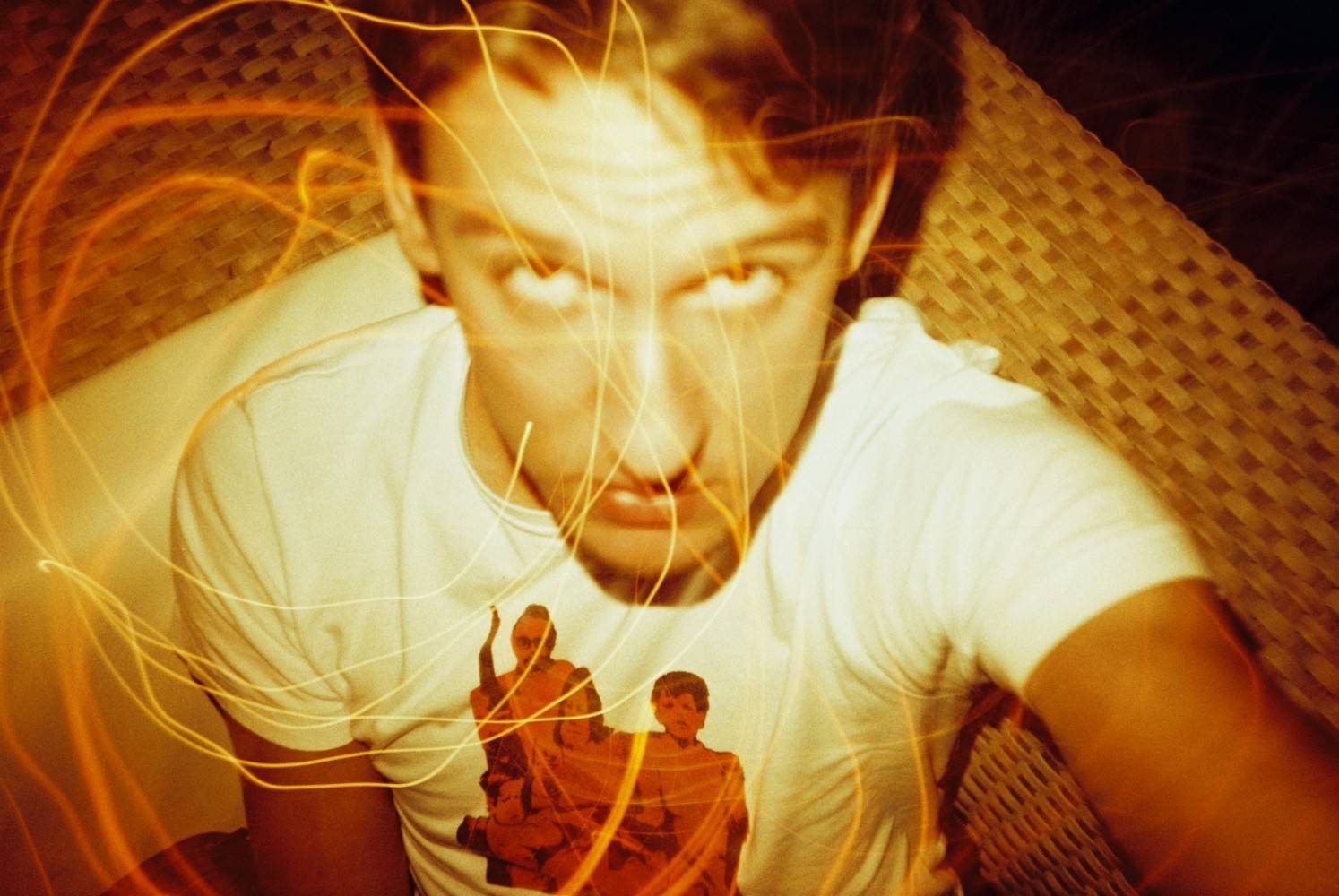 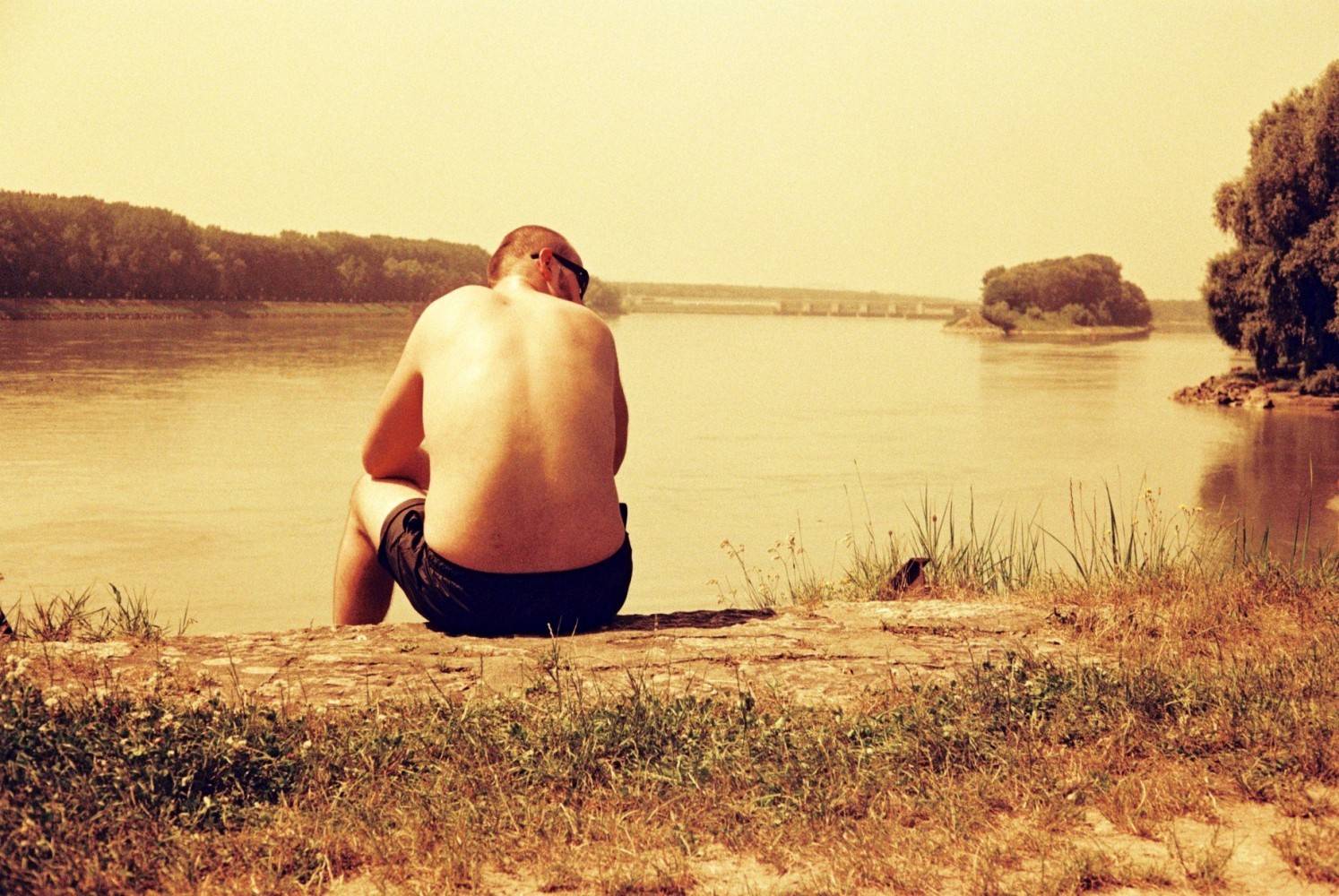 Lomography Redscale will produce gorgeous red tones across your images. This is a really interesting effect to bring to your film photography, and because it is something that is done 'in-camera' on film, it is not replicable afterwards. Of course there most likely are modern ways to do this on photoshop, and we wouldn't be surprised if there is already a Redscale instagram filter, but because the impact is entirely dependant on the physical properties of the film backing that you have in your camera, and the light that's going through it, your photo will always be unique.

The red tones work really well in certain situations. For example, try the Redscale film paired with a flash. With a flash- especially indoors like a party scene or a gig- somewhere with low lighting, you can produce stunning atmospheric photos. When you turn on a flash, some parts of the image will be brightly lit through the emulsion- and won't have too much of the redscale effect, whereas other darker areas of the scene will see a lot more of the impact of the redness of the image. So with a flash, you can see variation of the redscale effect across a whole frame depending on how the scene is lit and this makes fore beautifully atmospheric images.

Or why not pair redscale with a scene that is already flushed with goregous red tones, like one of our Wonderbox subscribers did! Take the image below for an example, a beautiful sunset that has been taken to the next level with the use of Redscale film. 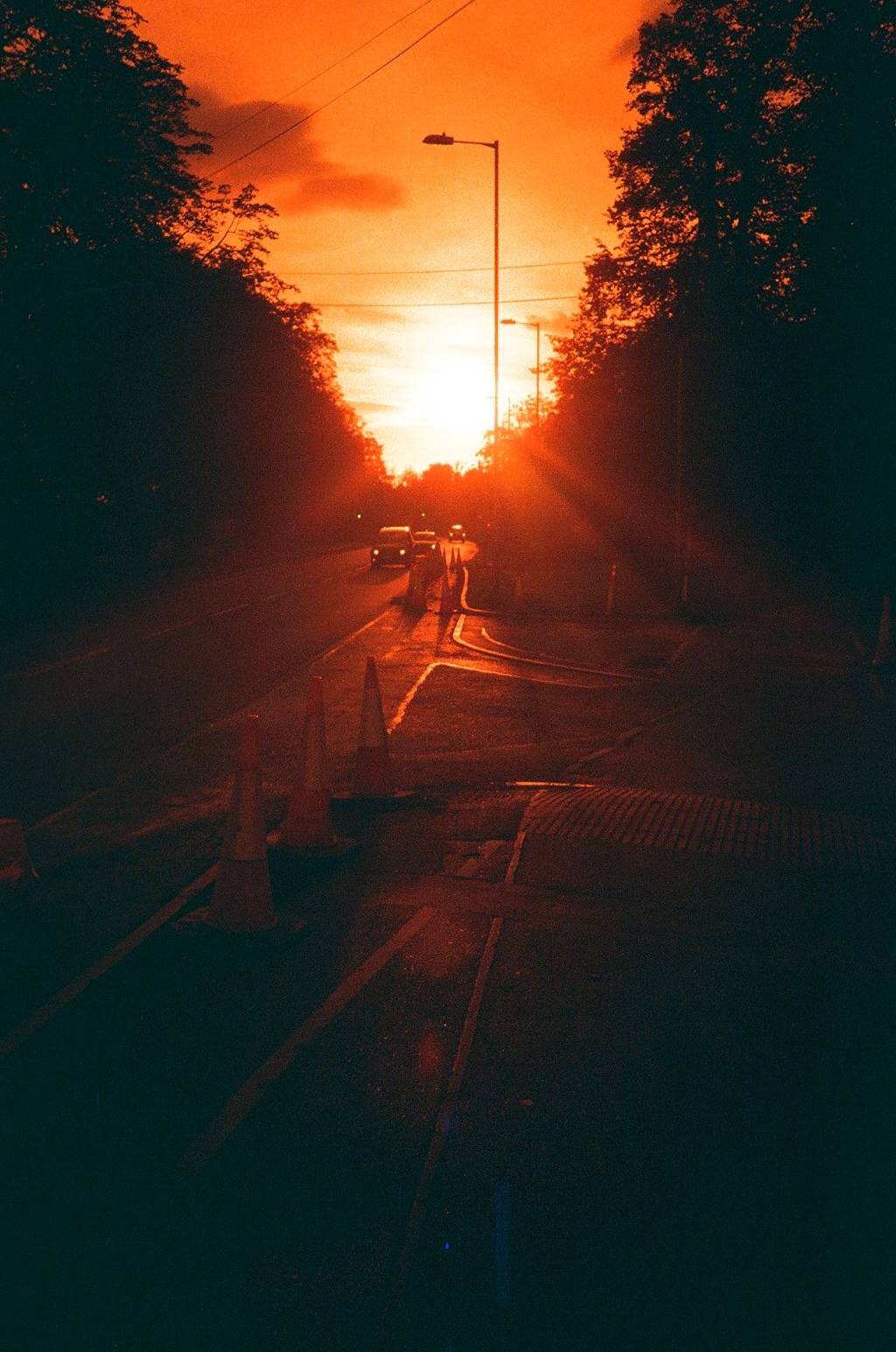 "Rate at 50 and shoot when overcast to increase effect. Seems great for Halloween."

"Its enhanced a quick shot. I still have a few rolls as brought a pack before my latest wonder box arrived. So plan to take some out for some sunrises or sunsets with my F3. This was shot on XA3 that I had in my pocket."

Lomography have designed some clever film cartridges with the idea in mind that you can re-load them and re-use them at home. This could be ideal for those who buy their film in bulk to load up or if you would like to try loading your own Redscale film. The canisters are designed to pop apart so that you can load them again yourself. However, be warned that this can be quite fiddly!

To open one of the film cartridges, first peel off the sticker label and then unclip the two tabs at the top of the canister. This is the tricky bit, you may find it helpful to get a thin flat head screwdriver to wedge between the clips and help pry it open. Fiddly- but Lomography definitely has the right intentions in making the film canisters reusable, which we love to see! 😂 ♻️ 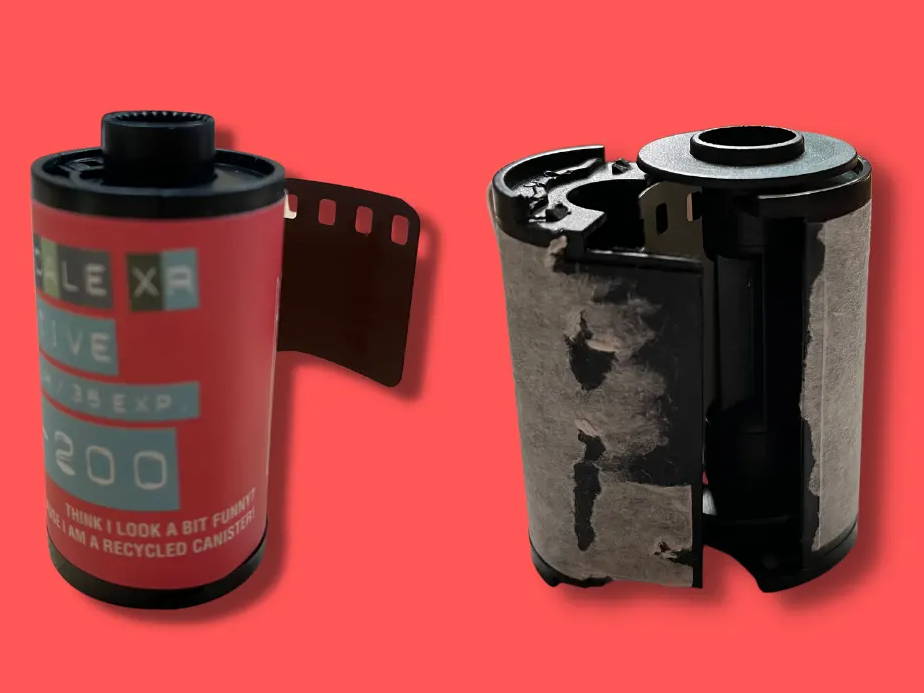 Redscale is a fun, unique and experimental film for all film photographers to have a go with. Enjoy beautiful atmospheric photos, with stunning red tones across your images. We have a few different Redscale films on site, but Lomography Redscale films come in 35mm, 120 and 110 format- so there is one for everyone to try! 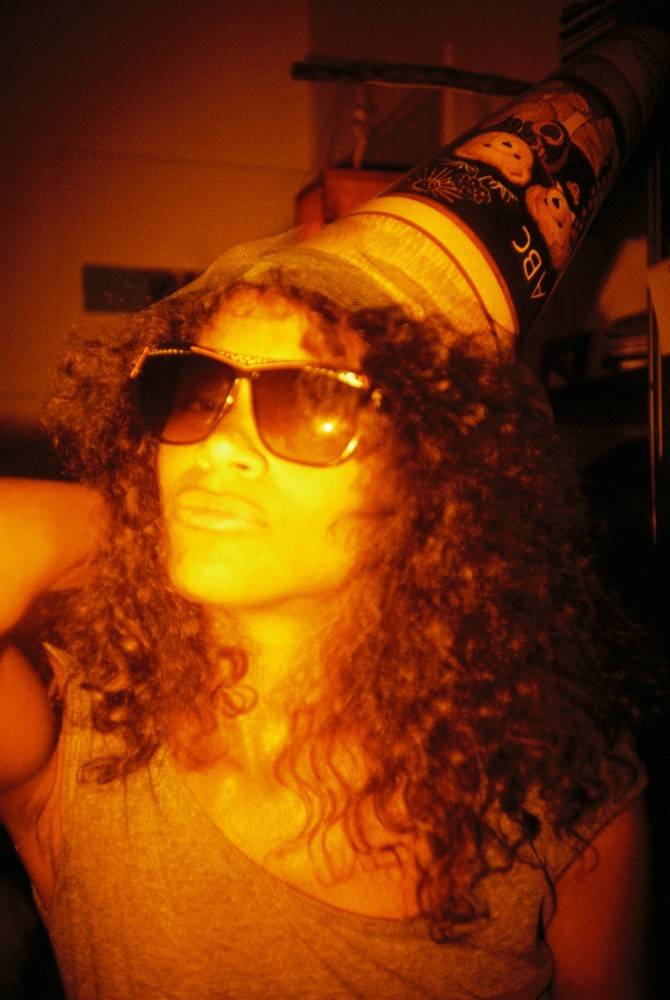 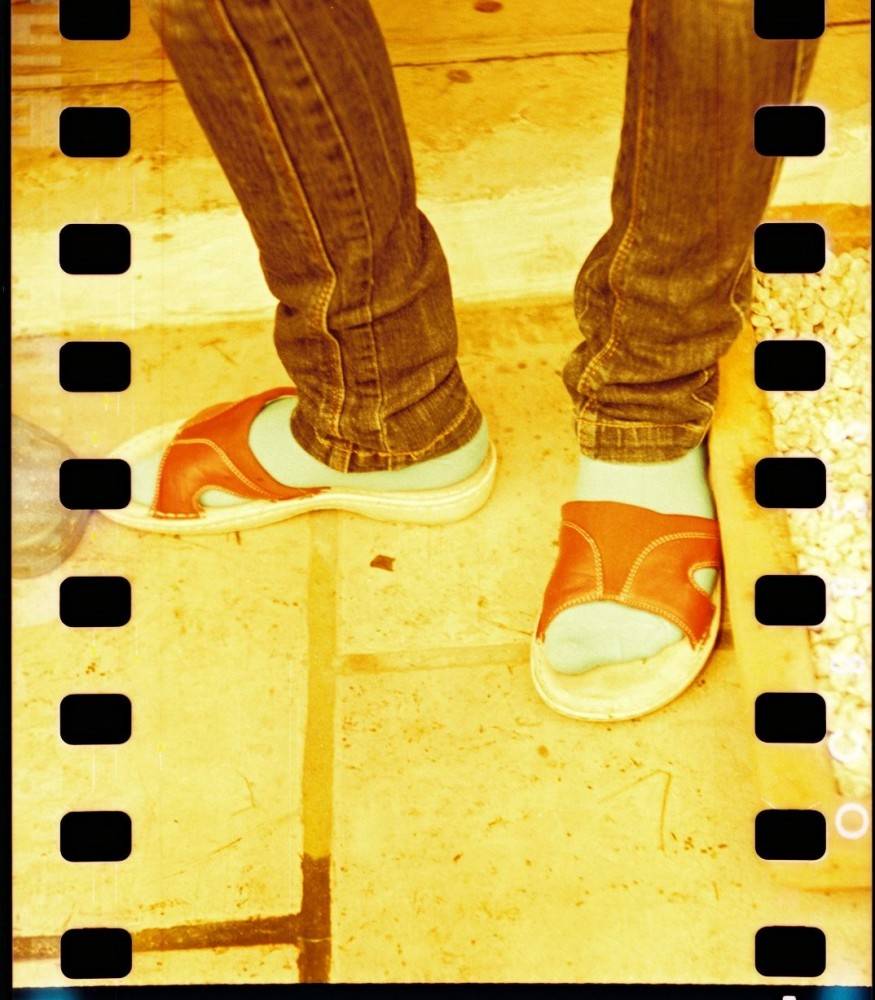 If you enjoyed this Lomography Redscale review and found it informative then check out our other WonderBox film reviews here: https://analoguewonderland.co.uk/blogs/film-review