A simple-use 35mm camera pre-loaded with the amazing refreshed Lomochrome Purple formula. The perfect accompaniment to nights out, raucous parties, festivals, family holidays and everything in-between! Gorgeous colour shifts and beautiful effects, everything you need to create stand-out pictures.

When you buy your camera film from us we can ship it across the UK, Europe, USA, New Zealand, Australia and Canada (more countries planned soon!) So buy your Lomochrome Purple Single-Use Camera today and dive back into the fun of 35mm Lomography film photography! 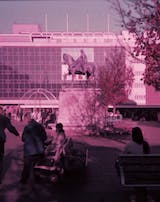 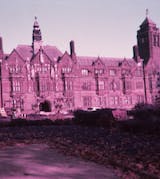 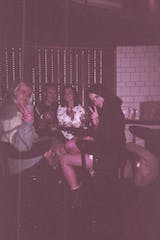 The film itself lends itself to a brighter lens - This is f11 and everything turns out dark even in daylight. Also you soon get over the novelty of colourshifted film - "Wow that green is now purple!" doesn't quite last 36 shots. You're better off using a filter on the jpeg if you've sent the roll to developers. If you Have to try it and you don't have a 35mm compact, get a cheapo one off ebay - There's thousands, and they're ALL going to be more robust, better specced, and with a better lens than this re-usable. I've shot with both the reusable and w the film loaded in a 35mm - The latter is way better (within the context that the film isn't all that to start with). 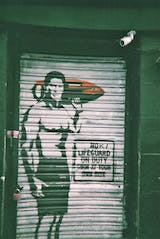 It's a way to try film photography, that a positive thing.
It is however, very low in quality. I think if I squeezed it hard it would break.
It's very light and it won't be a burden to have it with you all the time.
My preference would be to spend double the price and pick up something older and more interesting.