The Polaroid film you've been waiting for! There have been several iterations of colour film from this company, and the latest is getting close to perfection - vivid colours, more reliable development and lower sensitivity to ambient light. If you want to take your 600 camera for a walk in the sunshine, make sure you're carrying a couple of packs! NB: check your camera type and make sure you're buying the right film format (600/Spectra/i-Type/SX70) - check on Polaroid Originals if unsure!

When you buy your camera film from us we can ship it across the UK, Europe, USA, New Zealand, Australia and Canada (more countries planned soon!) So buy your Polaroid Originals Film 600 Colour ISO 640 today and dive back into the fun of 600 film photography!

This is a great film and I’m so happy the impossible project brought back Polaroid film and are now Polaroid Originals, having a Polaroid is so much fun but I feel the film is quite expensive albeit understandingly. 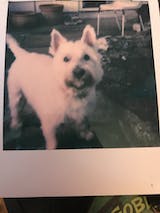 It's great to be able to use Polaroid again, but it's still nowhere near the quality of the original Polaroid.
The film is very sensitive to light and temperature. If it gets too cold, your photo will come out blue/green. If there's too much light, your film will be overexposed.
Occasionally, you will get all the conditions perfect, and your photos will develop as you remember from the original Polaroid, albeit less detail or depth. The colours do develop very well, and have a very nice, vintage look.
The film itself is slightly thicker than the old Polaroid, hence there being 8 photos instead of 10 in a pack. The other problem with the film being thicker is the rollers on the old cameras were designed to be used with the thinner film. This might not have any effect on your photos, but something to bear in mind.
Consequently, less in a pack and the inconsistent results have left me feeling they aren't worth the money.
However, if money is no object, then get this film, as it is very fun to use, and work out how to use. 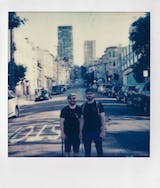 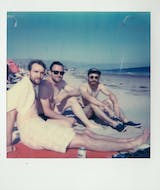 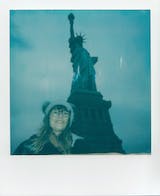 This white border Polaroid 600 film is a classic for a reason. While Polaroid Originals release some fun new frames every few months, this has remained my steadfast favourite because the white will show off any subject matter beautifully.

So pleased that PO have developed this film into one that’s more reliable than the old impossible project versions or buying waaaayyy expired film off eBay. Developing time is reduced to around 10-15 minutes and I get far more consistent results. Stick around, please! My 20+ year old camera is so grateful :) 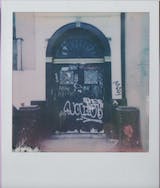 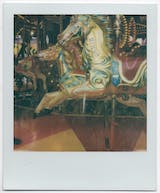 I've used Polaroid 600 a couple times in my 636 and I'm not sure I would use it on a regular basis to be honest. A couple of reasons why would include 1) the price - its quite expensive for a standard polaroid film stock with only 8 frames vs the 10 it used to be. 2) not as adaptable as you'd think - it really is a 'depends on your conditions' type of film with regards to how it would come out.

On the other hand, it is a fun thing to have. I mean who won't like a polaroid picture to sign and date when out with friends.

This classic film is amazing for every situation. Fantastic for portraiture and works in old polariod cameras. Develpoping is quick with images showing up really quickly.