The Ultimate Developing Starter Kit has been designed to provide you with the essential kit to begin developing at home* INCLUDING a pack of Ilford's Simplicity Developing chemicals!

This is all the 'hardware' needed to get your exposed film through to fully developed and dry, ready for scanning/printing!

*Please note that you will need a darkroom/changing bag/light-tight environment for first loading your films onto the developing reels.

If you have any questions or concerns please email us or call us on 01494 614514 and we will be very happy to help or advise.

When you buy your developing kit from us we can ship it across the UK, Europe, USA, New Zealand, Australia and Canada (more countries planned soon!) So buy your Ultimate Film Developing Starter Kit today and dive into the fun of home development!

This kit has it all. The measuring tanks, the thermometers, the clips, the canister openers. The icing on the cake is the Ilford Simplicity kit, which turned out great! 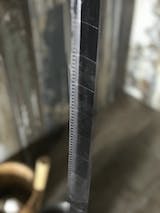 Never developed film before and contains everything you need to get started with black and white developing. Easy to use but only contains enough chemistry for 1 batch (of 2x 35mm or 1x 120 film). 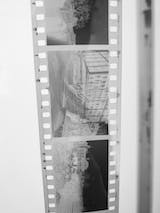 B
B.H.
Confidence building from the outset.

I've been wanting to home-develop for some time, but the list of kit 'needs' seemed a but wooly. Someone suggested this kit and it's the perfect* starting point. I'd been most worried about chemical measurements, so having the 3 identical graduated measuring cylinders and the pre-weighed chemicals that all make up 600mls was such a simple way to start.

I'd questioned why there were 4 film clips, and two had different colour centres. In practice OF COURSE you need 4 for 2 films, because the two black-centred ones are weighted to keep the film nice and straight while drying.

The Patterson tank is easy to use, doesn't leak with the lid on while inverting, and the spool-on action is very effective/clever.

* actually... not worth deducting a star for, but I'd prefer it to ship with a film-finder / retriever and not a canister opener. So a suggestion: Learn how to remove film from the camera while leaving a small tail. Threading film onto the spools in the Paterson tank is WAY easier with a the canister in one piece.

I was made aware of the new Ilford & Paterson starter kit by AW on Facebook before Christmas last year. I ended up making home developing a new years resolution of mine, and decided to buy the kit along with a large changing bag and some other bits and bobs. I'm really glad I bought it when I did as now, during the Covid19 lockdown in the UK it's nice to have something to do and sink one's teeth into! The actual equipment supplied in the starter kit is all of great quality (It's plastic, sure - but nothing here gives me cause for concern) and very similar to the stuff we used to use in the darkroom at college back in the 90s. The first roll of film I tried my hand at was some HP5+ in 120 flavour, and it came out surprisingly well for a first attempt after a 20 year hiatus! The only niggle I have, and it is a minor one, I wish the kit came with another smaller measuring graduate in order to mix up the chemicals accurately. It's not a big deal on the first go using the supplied set of chemicals, as they're purposefully measured, but once you're pouring from bigger containers I prefer to have a smaller measuring cylinder to better gauge the exact amounts required. Overall though - this kit is great and I'd recommend it to anyone interested in giving home developing a go. 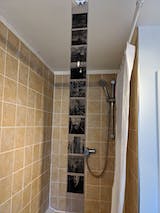 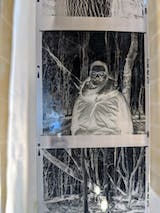 This kit was exactly what I needed to get me started in home developing. I loved being able to develop at home, and seeing my negatives come out perfectly was great and exciting. Looking forward to investing in more chemicals to develop my next batch of film with the equipment from this kit. I highly recommend it!