Our Street Candy MTN 100 review combines the community's comments, recommendations, sample images and feedback to give you an excellent overview of Street Candy MTN100 film's strengths and weaknesses!

Street Candy MTN100 is the second film from the Street Candy brand. Street Candy is the brain child of Vincent Vincent Moschetti. The brand was founded in 2017 and Vincent has been motivated by the chance to contribute to the Film Photography industry and play a part in its growth and development, particularly when it comes to sustainability.

Vincents journey with film began with a blog called onfilmonly, where as a photographer Vincent challenged himself to only shoot with film for an entire year, to push his artistic skills and to learn how to shoot digital better. However, it also turned out to be the last time he every really focused on digital as the experience changed him into a passionate film photographer. Since then he has moved into designing merchandise and stickers, the blog has moved on to even bigger and better things including the famous film dating tool (which you should definitely check out!) and of course the launch of his two Street Candy Films.

Street Candy began as a hobby in Vincent's mother's lounge with limited production and distribution and has now become a family-run business that has reached film photographers across the globe (sounds familiar).

Street Candy MTN100 was launched earlier this year. The main difference between MTN100 and ATM400 is the ISO of the film. ISO 100 means it is less sensitive to light and therefore requires more brightness to bring out fantastic images. But that's not the only thing that is different! This film comes from traditional German cinema stock, so it has a cinematic feel- the contrast and grain are reasonably strong. They fall pretty much in the middle ground of where you expect films to be. Whilst some films are super contrasty and others are quite flat, this film falls in the middle, meaning you can use it for a variety of subjects and lighting situations.

One subtlety, which is quite common when you read about cinema films, is that it has slightly different ISO ratings for daylight and tungsten (indoor) light. So if you are shooting indoors with tungsten light then you should technically rate it at ISO 80 to get the best results. Whereas outdoors, in daylight, you should rate it at ISO 100. This immediately tells us about the spectral range of the film; even though it is panchromatic (it sees light across the entire spectrum) the fact that it is slightly less sensitive under tungsten light vs daylight, tells us that it is more likely to be sensitive to the daylight range. There won't be a huge difference when you shoot it, you won't see crazy effects like if you shoot with orthochromatic film. But it is a subtlety to keep in mind, for example if shooting portraits indoors compared to outdoors you may see differences as the film picks up different skin tones, different highlights and shadows. 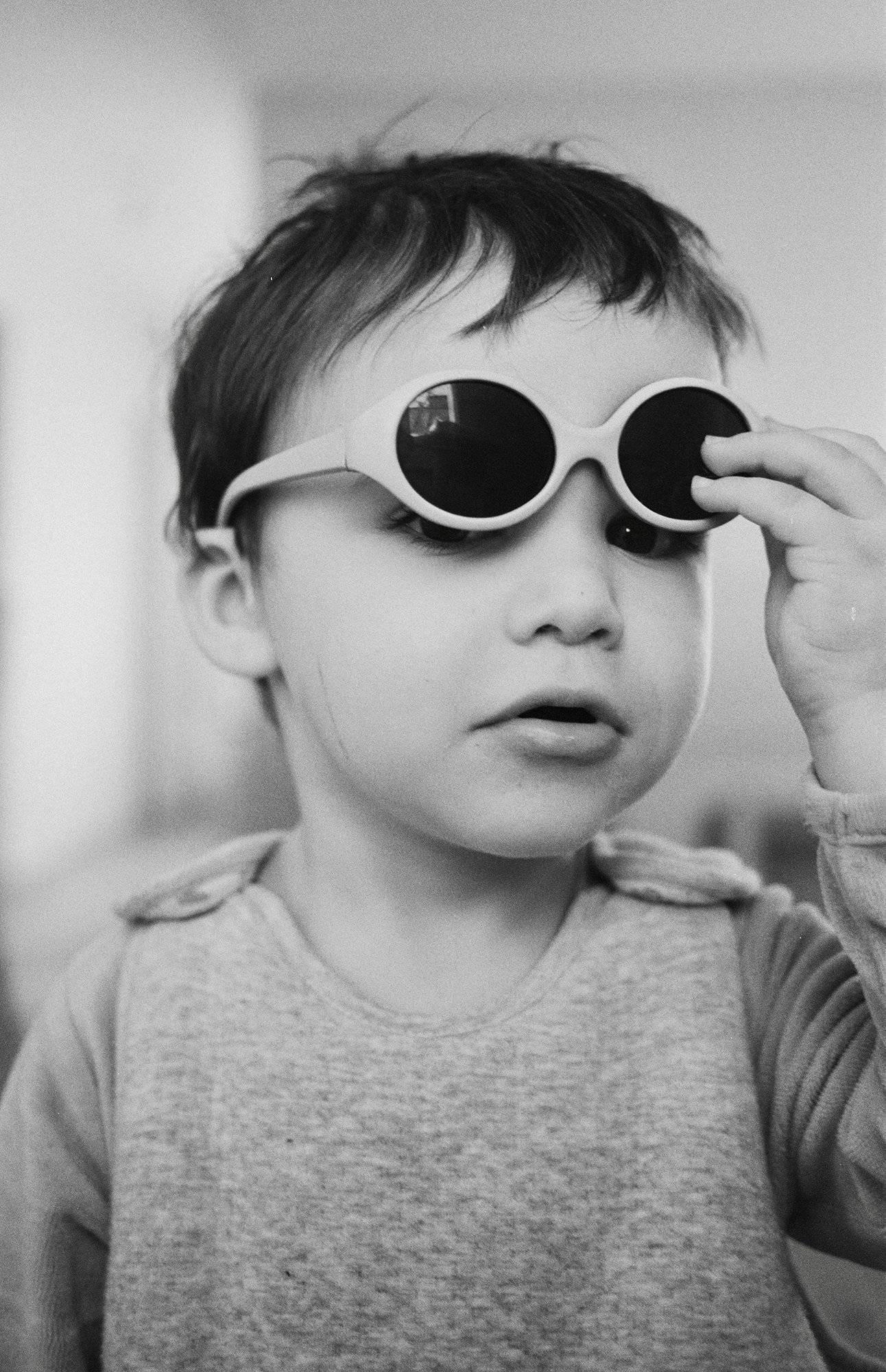 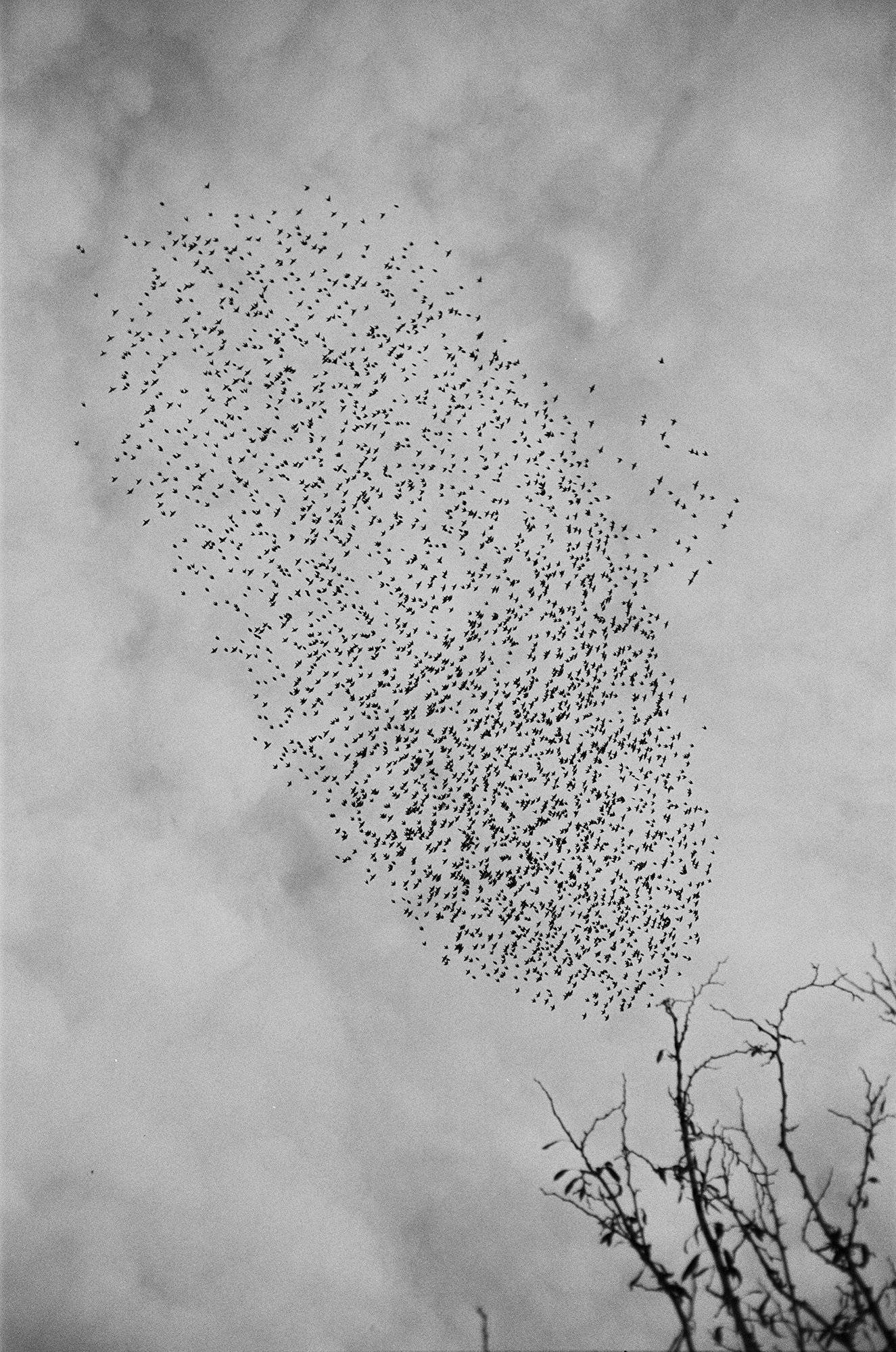 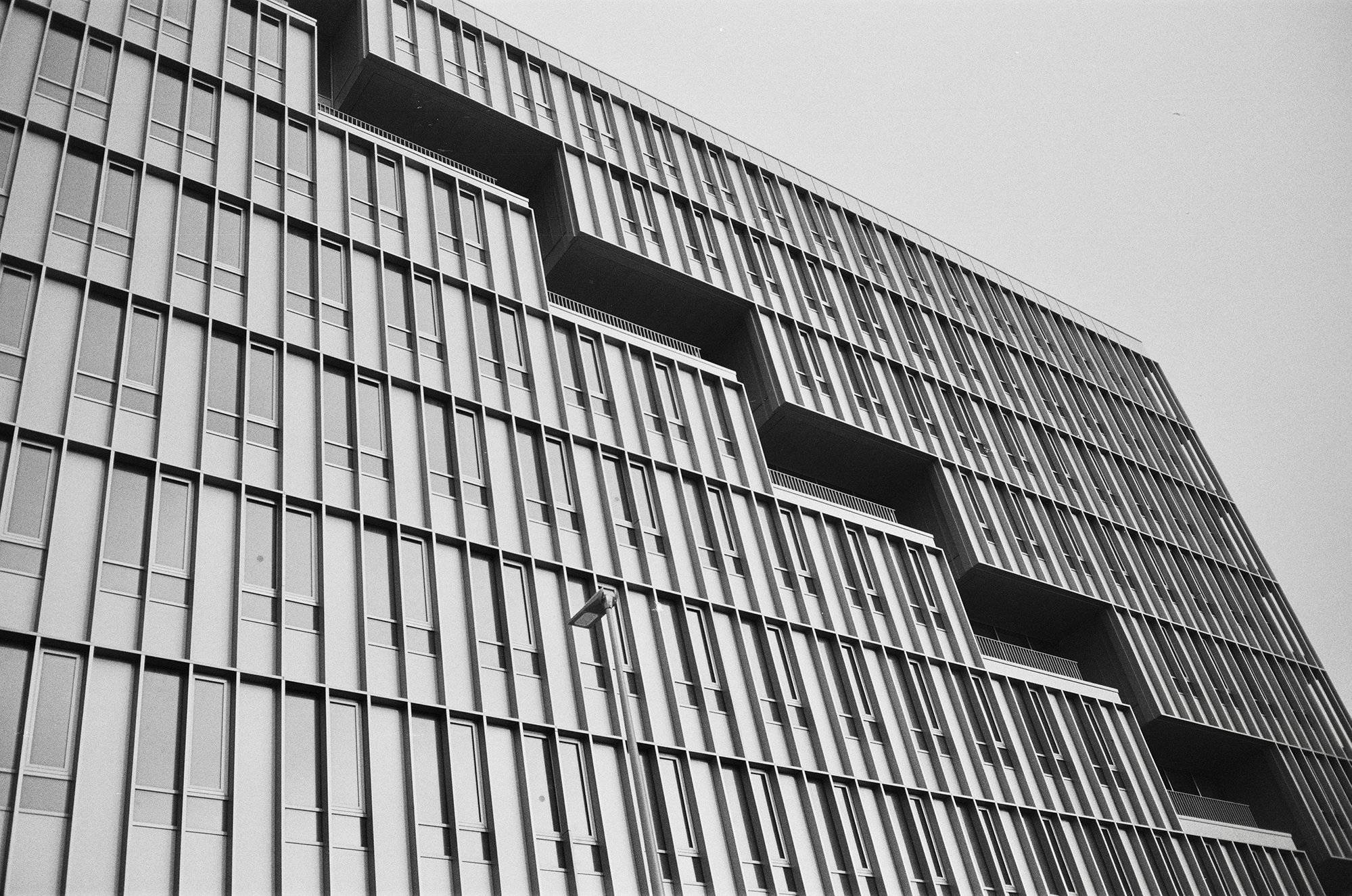 Sample images from Street Candy- all shot by Vincent himself!

One thing that is the same as Street Candy's original ATM400 film is the wonderful cardboard canister. This is something that Vincent pioneered himself and since then he has worked with folks like Ribsy on his new film, New Classic EZ400. This is all about using cardboard canisters, instead of plastic. The purpose here, is not to overnight change analogue photography into the greenest and most sustainable hobby. We know that there is a world of issues, that as a community we can work on together, to solve the fact that film photography (like every other hobby in existence) has on the environment.

What Vincent has done, which we think is quite clever, is to attack these issues one at a time, starting with packaging! He has found a way to find canister that is hard wearing, durable that is made from recycled and recyclable material and is not made of plastic. We love the graphic design on the packaging too, especially the barcode in the shape of a 35mm film. 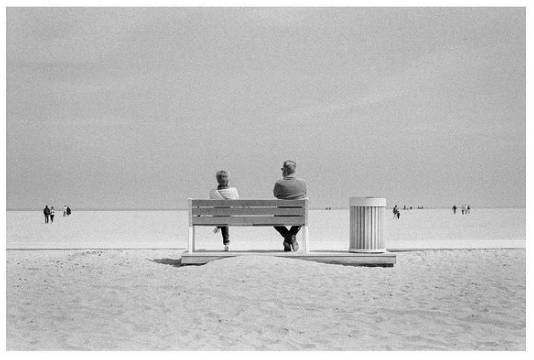 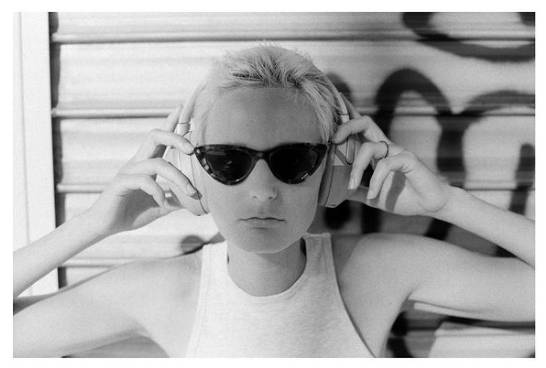 The film is really lovely to shoot and has been out in the wild for a few months now. Vincent has worked out that 100,000 frames have already been shot on this emulsion, which is incredible! And linked to this, from an eco side of things, thanks to his brilliant eco friendly packaging by shooting this film, the film community have replaced enough plastic to make 7,200 rubber ducks!

Customers have all come back with great reviews, calling out the emulsion's 'very pleasant contrast' or 'middling contrast', a 'fine grain that is noticeable but not overwhelming'. So this will give you lovely clean images and neagtives that you can make great prints from and also scan really well.

The other thing to know about this film in particular, for advanced film developers out there is that you can also develop it in positive chemistry to get a black and white slide image. Black and white slides are less well known than colour slide film like Ektarchrome or Velvia. But looking back at this film's history, it makes sense that it can be developed as a positive as it has origins in cinema so would need the ability to be projected to show short films or movies. You can send it off to your lab as usual to get developed as a normal negative, or if you fancy a challenge at home you can buy a positive chemistry kit and develop it as a slide yourself! 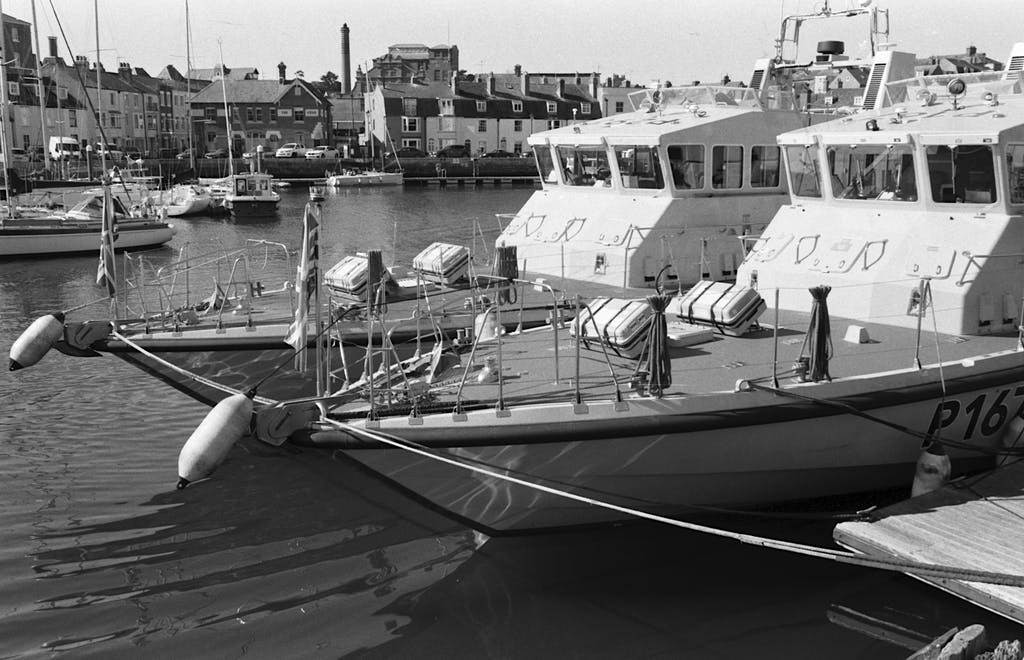 MTN100 can be shot and pushed, so you don't have to be married to ISO 80 or 100, but it will look better with a bit of light. It has some flexibility and can be developed as a slide or negative film so there is plenty of room to challenge your home developing skills. Make the most of the beautiful sharp detail of this film, focusing on texture, but as you can see from the sample photos this film is wonderfully flexible and will also work well for street photography and portraiture too. 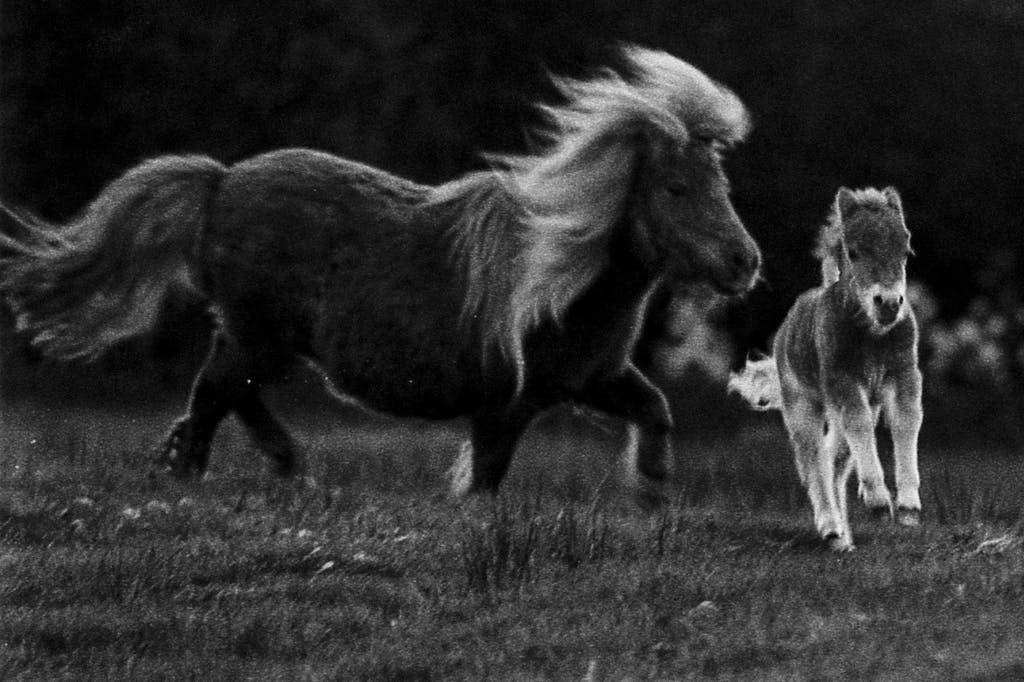 If you enjoyed this Street Candy MTN100 review and found it informative then check out our other WonderBox film reviews here: https://analoguewonderland.co.uk/blogs/film-review