A more sensitive film than the Kodak Gold but with similar value-for-money, reliable colour and tone reproduction will ensure your special moments are captured and stored forever. Shoot in daylight, clouds, and indoors with a flash! Ultra max; ultra fun.

To understand more about the details above you can check out our film guide or if you want some inspiration then head over to our page on choosing your next film. And if you want the full details about the film, including technical information, read about Kodak Ultra over on EMULSIVE.

When you buy your camera film from us we can ship it across the UK, Europe, USA, New Zealand, Australia and Canada (more countries planned soon!) So buy your Kodak UltraMax Film 35mm Colour ISO 400 today and dive back into the fun of 35mm film photography!

Great all round film with nice neutral tones giving a very natural look. Not in the same league as Portra 400 but still a good option without breaking the bank.

H
H.
Perfect for: Landscapes, Architecture, Low light/Night
Good, but there are better for cheaper!

I am personally a lover of super cheap £3 a roll film, but decided to give this a test drive in a point and shoot just for fun and to experiment. Whilst I did like how some of the photos came out, and enjoyed the exaggerated blue hues, I have definitely seen better results from many a £5-and-cheaper film. I also found that my hand wasn't steady enough to always get the sharpest photo with this film, something I have never struggled with before. Maybe it's because I rarely use ISO 400 films, but this just didn't vibe with me in they way I was expecting! Would be better suited to a tripod shoot or landscape photo in my opinion, rather than to mess around with in a point and shoot.

As a modestly priced go to film for most occasions this is great, nice colours and 400 ISO so should suit most occasions. It is not Portra or other very fine pro film, but for everyday use its great.

Ive recently got into film photography properly and this was the film I chose due to countless good reviews. I can now agree with the reviews and say that this is a great film for portraits, action shots and “capture the moment” sort of photos and much more. I’ve actually just bought a whole bunch more to keep me going! Very happy indeed. 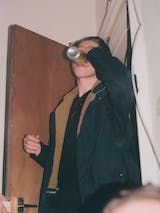