I purchased this film based off one key aspect of this film, the glow.
This film is very special in that it seems to have a glow not unlike you would see in infrared film but not to the same degree. The glow also really is exaggerated by bright highlights but can be somewhat tamed if needed.

A very high contrast film but with a surprising amount of dynamic range handled with care.
Given the ISO rating and lack of information regarding reciprocity I was not sure what to expect but it seems to not suffer too badly. I approached this by shooting standard exposures up 10s and anything over I added a stop.

The main issues I have with this film are as follows

The images in this review are all developed using Rodinal 1:50 @ 21C for 8 Minutes.

The second biggest issue is trying to cut and scan the negatives. This film curls like you would not believe.

I would recommend this to anyone looking for something a little different. Its by no way an every day film and every shot will have to be thought about to get the best from this film.
I already have another roll that I will be using soon and is going to be one of those films that I will keep in stock for an occasion that suites it. I would not recommend this to beginners or anyone wanting an every day kind of film however. Given the low ISO rating I would not use this in pinhole cameras either. 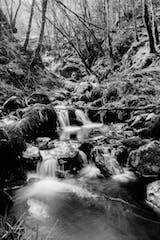 I've used this film twice now. Once on purpose, the other time, not.

It's ISO 3, so can be pretty fine grained. Of course, the lower sensitivity also means that you need a lot light to get anything useful.

The first time I took it out, I had some ideas about getting some weird looking landscapes from it (I specifically took it out on a windy day to get some movement in the grass, unfortunately it ended up raining heavily).

The second time (this is on me) I took it out in error and rated at 320 (as that was what was printed on the black film tub I'd put it in - I load cameras in a dark bag). After i realised this was what had happened, I did push the film. Using Ilfosol 3 (not the best for pushing tbh) I developed it for 18 minutes. I did get something.

Do make sure you store this in something light tight though. I thought I had and still got light piping.

Anyway, it is interesting and any problems are of my making. It's expensive, so really for a treat, but it is very nice.

I ordered this film as it intrigued me and I wanted to experiment. My camera settings only go to ISO 12 so this is what I shot at. I decided to try it out on a post storm walk through the woods, mountains and past a waterfall and stick to outside, natural light.

When I ordered the film I forgot to consider what dev was best to use and realised I only had the standard Ilford. I decided to give it a go. I did a one to one mix and developed for 18 minutes to compensate for the under exposure.

The result, although not perfect was quite pleasing and I learned for next time. The pictures are dense in the shadows and thin in the highlights but as I love a contrasty image that suited me. I would definitely use the film again. 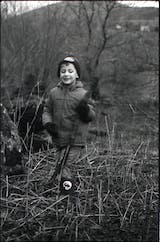