A simple-use 35mm film camera pre-loaded with a gorgeous Lomography colour film - ISO 400 for ultimate flexibility. The perfect accompaniment to nights out, festivals, family holidays and everything in-between! With a powerful flash, a wide-angle 31mm lens and fast shutter speed (1/120s) you won't miss capturing a single moment.

When you buy your camera film from us we can ship it across the UK, Europe, USA, New Zealand, Australia and Canada (more countries planned soon!) So buy your Lomography 35mm Simple-Use Film Camera today and dive back into the fun of 35mm Lomography film photography!

Had first set of film developed and delighted with quality and overall look. 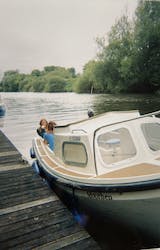 I was given this as a gift and shot a roll over a year. A novelty and the film provided was good, but the gels were more of a gimmick as the small flash has limited range. Due to the small flash and low ISO there can be a lot of grain even in moderate lighting. I also found the flash range was likely to trigger red-eye in the subjects. I'm sure some people will enjoy it, but it's not a camera I would use again. 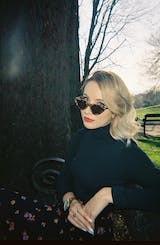 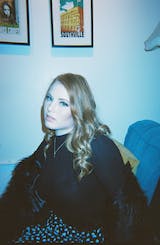 I loved the simplicity of this camera, treated it just like a disposable and the pictures ended up really aesthetically pleasing. I love the different color flashes.

I have had so much fun using this camera, it fits in my pocket so any time we go out i bring it with me. It has proved a favourite during freshers as i managed to get a lot of pictures. Perfect for every event, I cant wait to see how the images turn out when i get them developed

the best camera is the one you have on you, and this simple little camera is so easy to put in a pocket that purely by being there it's worth the price. most disposable cameras cost similar nowadays so the fact it is reloadable makes it even better. it's easy to give to people so you can get into photos without having to teach someone how to use your camera first (as anyone with an SLR can attest to).

i should note that after finishing the included roll, i did load another film into it but in doing so misaligned the counter wheel - it was quite tricky and fiddly to do, even as someone experienced. waiting to see if that is fixable after i finish the currently loaded roll. sometimes the flash gels got in the way, especially when giving the camera to other people, and can be quite tricky to move around at the best of times, but this is the only other minor criticism I have.

included film is great. can't post any photos as they are all from a work party, but the aesthetic is lovely and classic, especially with the point-and-shoot flash shooting style. waiting to see how long the flash lasts on one battery but it only uses a AA so easily replaceable. worth noting that the flash is imperative for night shots due to the fast shutter.